Summer is coming to a close and that means that Fall Lineups are dropping left and right. Insomniac Events returns to the Sunshine State on November 4th & 5th for EDC Orlando 2016!

Today, Insomniac Events has officially released the lineup for EDC Orlando 2016 and it is absolutely stacked. Dreamstate and the Bassrush experience will be making a huge showing this year. Above & Beyond and Bassnectar will also be making a return this year as well. The Discovery Project is set to make an appearance too, bringing in some fresh faces spinning amazing sets. This year’s edition of EDC Orlando will definitely be one to remember. Can’t wait to see what this year brings. Hopefully this year for Above & Beyond it won’t be freezing rain like it was the last time they performed in 2014. The fact that Nero will be performing Live is big and Insomniac’s very own Creative Director, a man called Bunny, will be performing as well in Rabbit in the Moon this year as well.

Check out EDM Identity’s Team Member Experiences at EDC Orlando 2015! Jessica, Maria, and Dase all attended and had a blast! 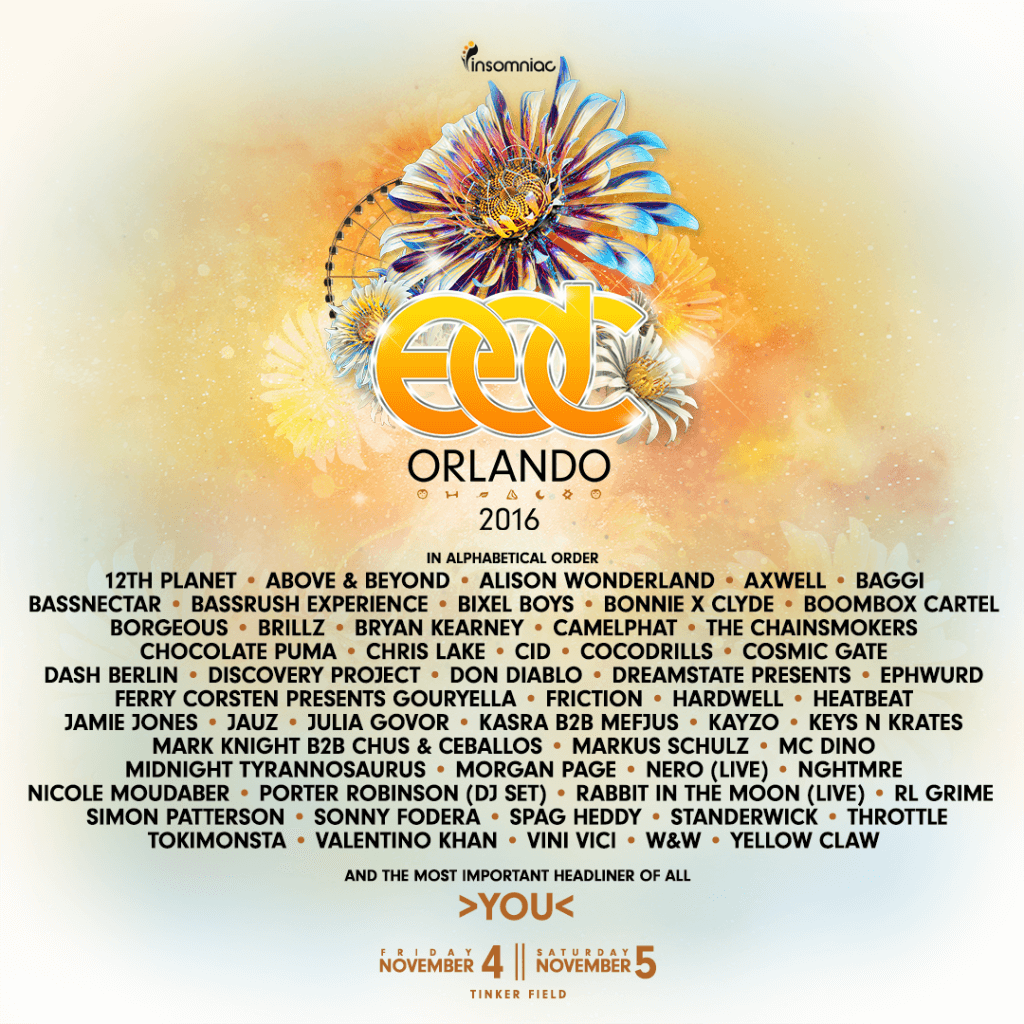 The artists gracing the stages at EDC Orlando 2016 include:

Who will I be seeing at Tinker Field on November 4 & 5? Let us know in the comments and if you see me be sure to stop by and say hi! See you all real soon Under that Electric Sky.