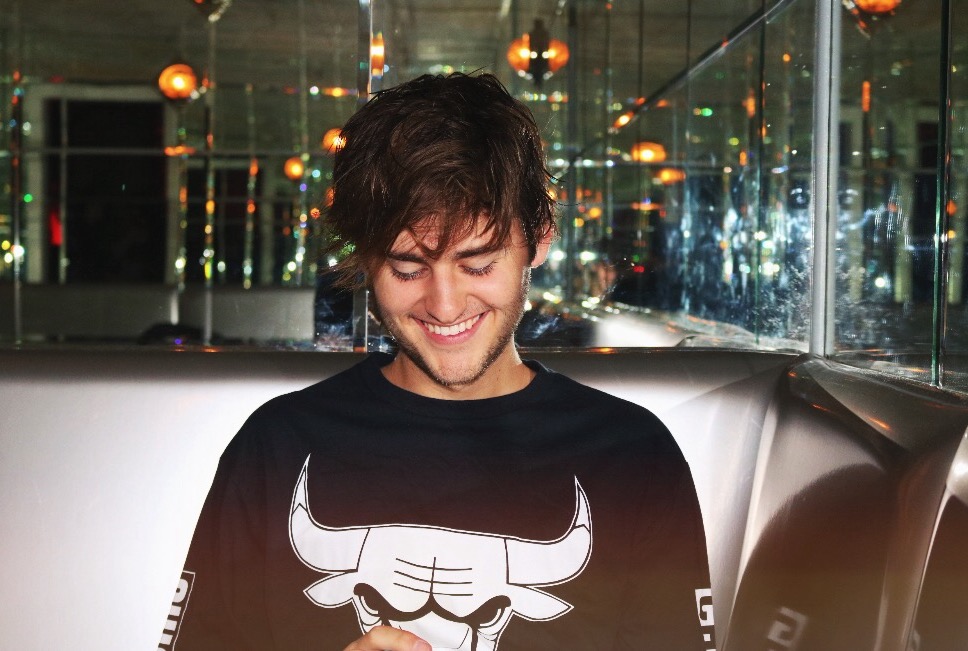 Throttle is an up and coming electronic artist with big beats. He is currently touring with Oliver Heldens and has been playing fans out across the United States. Alongside the tour Throttle is also to slated to be playing at EDC New York this year, where he plans to bring out his guitar on stage. He has also dotted the lineup for two other Insomniac shows in the next 3 months. You can catch him in May at Audio On The Bay in NorCal and at We Are NRG in SoCal! He recently released a remix of “I’m In Control” by AlunaGeorge which has received support from many artists. Be on the lookout for Throttle in 2016 as he continues to headline festivals and drop beats, you definitely should not be sleeping on him!

How did you come up with the name Throttle?

It was the best I could come up with when I was 13! At the time I was making much harder electro music, so when I saw “Throttle” written somewhere it just clicked.

How did you get your start as an artist?

It all started through Monstercat. After my first few releases on there, everything really snowballed. I put out a few launchpad videos which started gaining some serious traction online, which led to the Avicii – You Make Me remix opportunity. That was actually when Oliver Heldens and I got in touch! When he put out ‘Gecko’ and I remixed Avicii. And the rest is history!

How has it been touring with Oliver Heldens so far?

Amazing! He’s selling out shows all across the US, and the energy has been insane. Lots of dirty disco fans over here as well which is awesome! What happens on the bus stays on the bus though of course…

Are you excited to be playing EDC New York this year?

YES! EDC NY is gonna be my first US festival so I can’t wait. I’ll be bringing my guitar out for that one as well.

What projects or music are you working on right now?

I just finished up a remix for the legendary AlunaGeorge – That should be out within the next week or so! I’ve got so much new music in the pipeline right now. Some awesome collabs there’s the one with Niko The Kid plus Oli Heldens and I are going to start working on another track together. Stay tuned!

What has been your favorite performance to play so far?

What has been your biggest moment as an up and coming artist?

Definitely having my rework of Earth, Wind & Fire’s ‘September’ approved by the band/Sony and released officially on Ultra. They’ve long been my favourite band so that was a real “holy shit” moment for me. I still can’t believe it!

Who are your favorite artists within the scene?

Right now I’m loving everything Heldens is putting out – huge fan of the Hi Lo stuff. You have to check out Niko The Kid as well. We’re working on a track together right now, he’s insane.