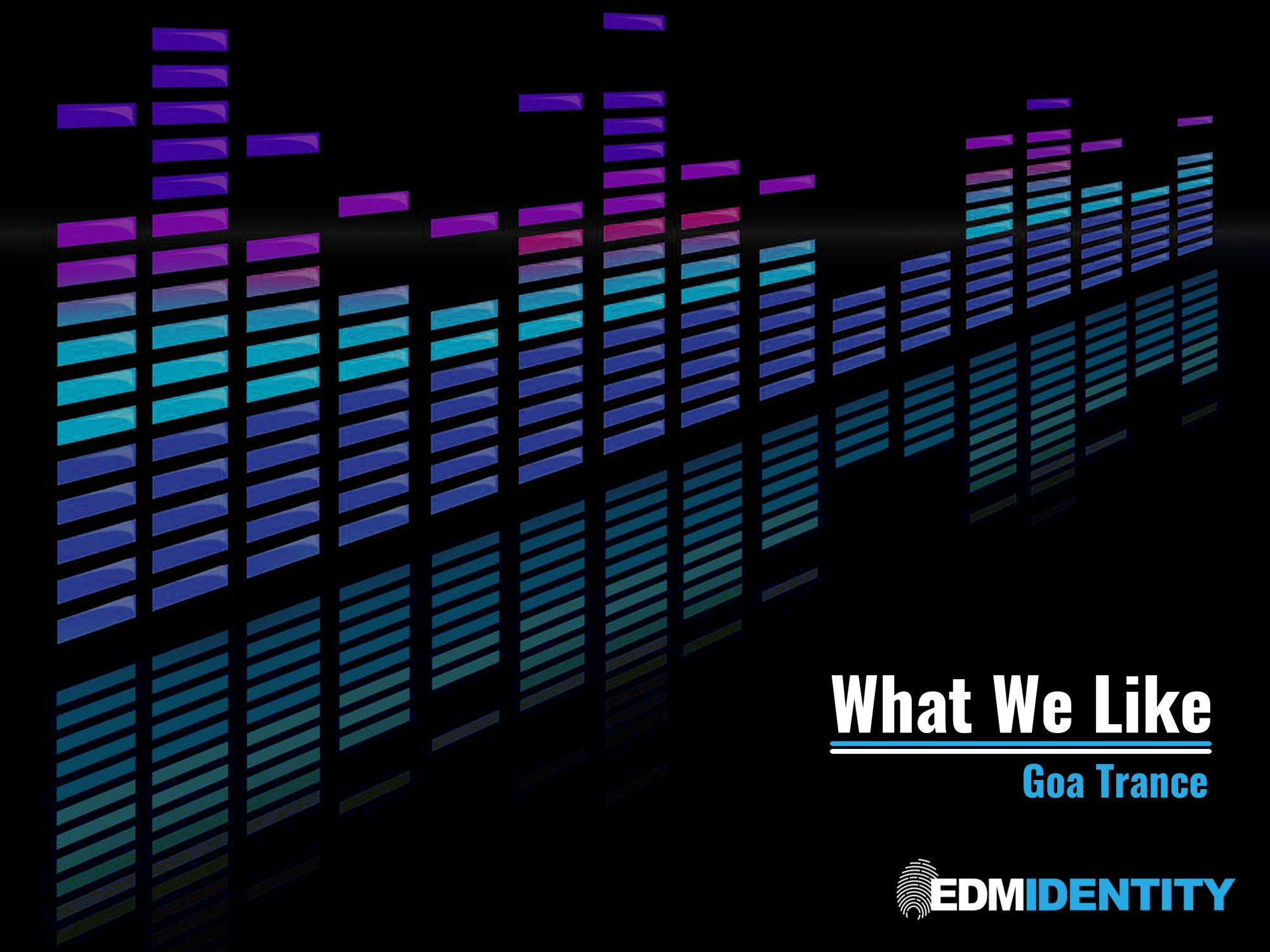 What We Like is a series that features genres we like in the electronic music scene. This month’s edition is focused on Goa Trance!

The What We Like series focuses on a sole genre that a contributor to the team is passionate about. Each month, that contributor will dive deep into the genre they care most about to bring you some history, information, and of course some music too. Our intention is to not just to provide some music for you to listen to, but to guide you on your journey in discovering new music or help you develop a deeper connection to genres you already love. This month’s edition of What We Like is focused on Goa Trance!

Believe it or not, Goa Trance is one of the oldest genres of electronic music. Unlike most other genres, which surfaced in Germany, Holland, or the United States, Goa comes from a distant land rich in cultural rituals: Goa, India. Everything started in the late 1960s, when the city of Goa was the hippie destination to go to. Outdoor music shows focused on a sense of togetherness and spiritual journey, two elements entrenched in historical roots of India.

The arrival of Kraftwerk in 1970 was a paradigm shift for the music industry. They’re unanimously accepted as the world’s first electronic group. At the time, music purists saw them as infidels that had no place in the industry, akin to the arrival of the electric guitar in rock bands. Unbeknownst to them, Goa quickly took in their music in large part due to the alien, spacey sounding synths.

A genre is born!

The popularity of early electronic music grew in Goa, and by the mid-80s most of the world’s biggest DJs performed routinely in the city. In turn, DJs would create special extended mixes of released tracks. These remixes focused on including elements from the local culture: pulsating drum patterns, vocal chants, transcendence-inducing synth melodies and FXs.

Slowly but surely, artists began incorporating these layers into their productions as well. While Goa never features any vocals on top of the beat, it does rely heavily on vocal samples. The speeches revolve around transcendence: finding one self’s role in the world, connecting your mind to your spirit, and the idea of a voyage through both inner and outer space.

Goa productions are predominantly long songs, commonly approaching 10 minutes. The start often is slow and beatless. Speeches and a crescendo of psychedelic melodies build up until we get the kick drum, which hovers around the 145-150BPM mark. The drum itself is subdued, yet thick and instantly associated with the genre. The base patterns evolve throughout the song, constantly exploring new avenues. However, they never take center. That is left to the intricate melodies and FXs, which are partly based on acid and squelchy sounds. The end result is an intense hypnotic feeling, that is generally accompanied by a space voyage sensation.

By the early 90s, Paul Oakenfold was already a powerhouse within the music scene. Thanks to Pete Tong’s now famous Essential Mix series, Paul was able to explore music and bring it to the masses. Before 1994, he was predominantly a house/trance DJ. However, after his trip to Goa to experience the Full Moon Festival, he quickly fell in love with the genre. Upon his return, he crafted what many believe to be the best Essential Mix: The Goa Mix. To this day, it is the only mix that has its own name and was the first to have a physical release.

The mix is the ultimate showcase of how multiple genres can be combined to form an unforgettable soundscape. Ambient music, Goa, music score, and trance all gel together in this masterfully crafted two-hour mixdown. The set received accolades from the entire electronic music industry. Goa quickly expanded from a niche event in India to a musical genre created and played all over the world.

Variety is the name of the game in Goa Trance.

Early Goa can be identified by two distinct groups: UK and Israeli. The UK contingent was led by Paul Oakenfold and a few of his fellow friends, particularly Martin Freeland aka Man With No Name and Simon Posford aka Hallucinogen. By 1994, Europe was experiencing the rise of trance, with house and techno already well entrenched. These genres were, for the most part, within the 130-140 BPM range, instead of the faster Goa productions at the time.

The focus of UK Goa was purely on the hypnotic aspect. The energy levels were down a notch or two, leaving ample space for the intricate melodies to create a spacefaring journey. The baselines take some inspiration from trance produced in Germany and the UK at the time. They also relate to psychedelic drug experiments a lot more than the Israeli counterparts.

Viewed by many as the best and most important Goa album of all time, the Israeli duo of Astral Projection present a whole new interpretation of what Goa is. Gone are the slow tempo songs. Gone as well are any influences from other genres. Instead, with this album, Astral Projection defined the sound of Goa and it remains a marker to this day. High impact, high tempo, energetic dance music.

Particularly of note is the kick drum, which is now the defacto drum style used by most producers. The FXs include a multitude of spaceship-like sounds, reinforcing the idea of a voyage through space. Acid lines are also heavily intertwined between the melodic layers. Lastly, there’s a nod to the origins of the genre by including Indian chants and mysticism into the productions.

The inevitable fall into oblivion for Goa Trance.

For close to a decade, Goa enjoying tremendous success on the international stage. Some of the largest outdoor events in the late 90s revolved around the genre. However, as it the case with many genres, there comes a point when everything stops. By 2004, Astral Projection was releasing their last album to a lackluster reception. Other former giants had already moved on to greener pastures, and the genre quickly fell into disarray. A big reason why was the rise to fame of Psy-Trance, a more commercial and festival orientated off-shoot of Goa.

For the better part of the next 10 years, Goa survived in large parts thanks to two institutions: Suntrip Records and Ovnimoon Records. Suntrip’s only intent is to keep the spirit of Goa alive and kicking. The label owners do not wish to evolve the genre or integrate elements from outside sources. Their goal is to help artists craft Goa just like in the 90s, all the while implementing the latest production techniques. One can easily craft a mix featuring music spanning 15 years, all the while maintaining a distinguishable sound identity that’s associated with the origins of Goa.

To the contrary, Ovnimoon Records aimed at reinventing Goa by fusing it with some trance and psy-trance elements. The signature acid lines and intricate FXs layers remain the central focus. However, the outer skin is completely redone. The bassline has a bit more punch, akin to psy-trance patterns. The use of pads to build up atmospheres comes from trance tracks. The tempo is slightly slower too, hovering around the 138-142BPM range. In some aspects, the label and particularly Ovnimoon himself created a new genre that attempts to combine the best out of all the high-energy trance genres into one package.

Goa returns to the forefront in 2015.

2015 marked the golden return of Goa to its former glory. Although being away since 2004, Astral Projection secretly worked on a new remix compilation for the better part of five years. The group put their touches on eight of the genre’s defining anthems, including Hallucinogen – LSD and Prana – Mugen.

The release had an imminent impact on many producers. Progressive psy-trance was the first genre to take influences from the renewed interest in Goa. With their focus on a constant beat and evolving melodic layers, Goa quickly found its way into these productions. Labels such as TesseracTstudio and TipRecords, a former powerhouse in the golden age of Goa, were the main supporters.

Even trance DJs began incorporating them into their sets. Simon Patterson and Jordan Suckley were some of the biggest names supporting the new sounds. The legendary John 00 Fleming made a return to his underground roots by relying heavily on Goa influences for his last studio album, Alter Ego.

The future looks brighter than ever for Goa, a once long-lost genre with unique roots in the electronic music industry.

Last year, Ovnimoon made his first Goa album to great fanfare. His collaboration with Spirit Architect Universal Healing Transmission stands out as one of the best songs of the year.

This year, Astral Projection make their long-awaited return with the first studio album in 16 years. Judging by the previews that they’ve shared on various social platforms, the album marks a return to force for the legendary duo. Once again, Goa is in safe hands and looking to leave its mark in the industry!