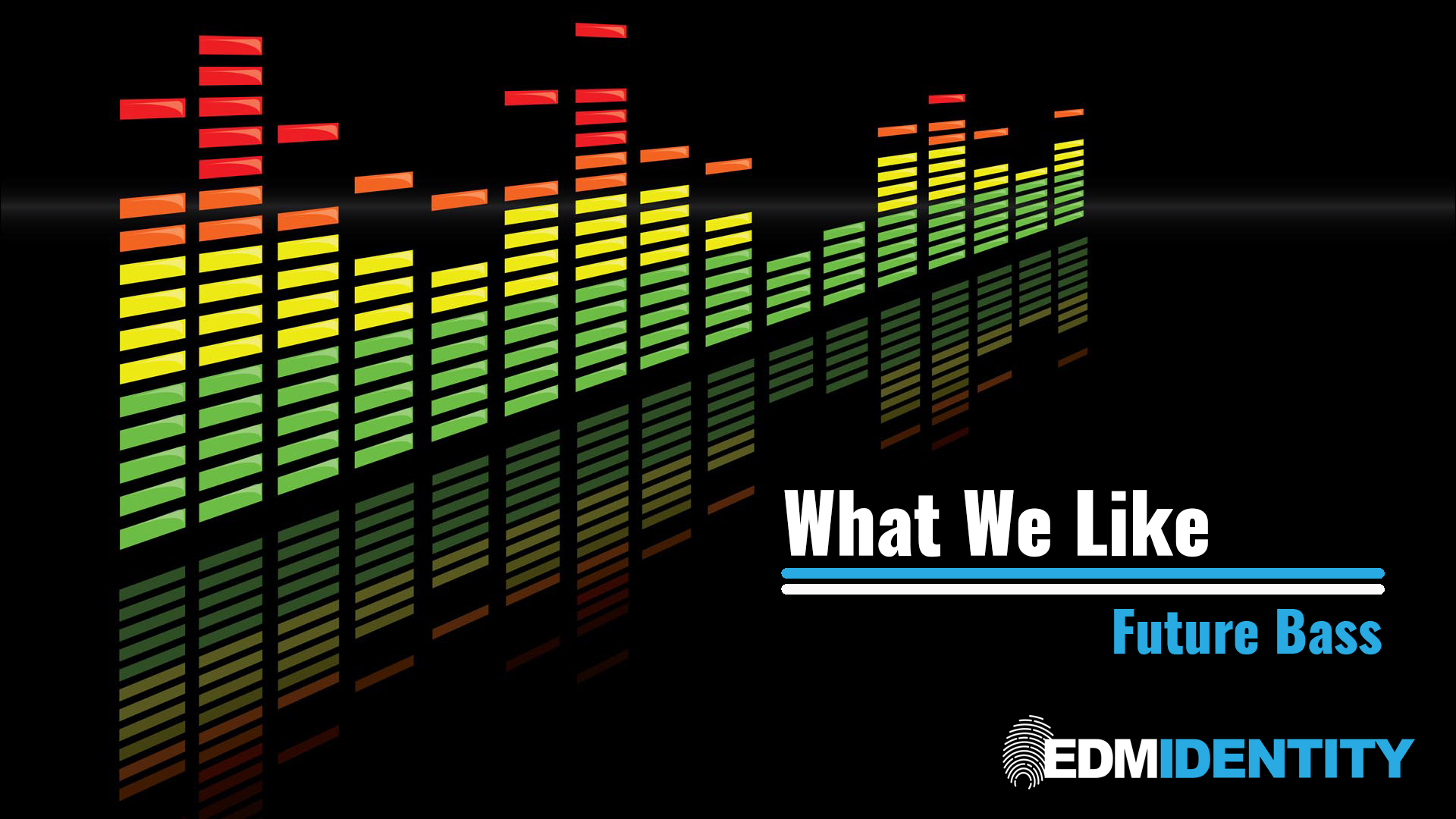 What We Like is a series that features genres we like in the electronic music scene. This month’s edition is focused on Future Bass!

The What We Like series focuses on a sole genre that a contributor to the team is passionate about. Each month, that contributor will dive deep into the genre they care most about to bring you some history, information, and of course some music too. Our intention is to not just to provide some music for you to listen to, but to guide you on your journey in discovering new music or help you develop a deeper connection to genres you already love. This month’s edition of What We Like is focused on Future Bass!

While Future Bass is a newer genre of dance music, there is no doubting just how popular this sound is and how it has easily become bigger than dance music itself and teeters on the brink of pop music popularity.

Future Bass is a subgenre of dance music that more recently became popular. Its trademark sound comes in the form of vocal elements paired with detuned synths that come off a lot mellower than their dubstep or trap counterparts. It’s a sound that has really taken the scene by storm and has elevated artists to a whole new level.

What’s so captivating about this genre is its easy listening and the use of strong vocalists on tracks. Artists apart of this future bass genre buzz include names like Flume, ODESZA, Marshmello, Louis The Child, and even The Chainsmokers to some degree.

Let’s start off by taking a closer look at one of the pioneers of future bass, Flume.

Disclosure – You & Me (Flume Remix)

This remix Flume did for Disclosure came out in mid-2013. Future Bass did not even really exist as a genre yet, however, Flume was crafting out the sound for it. You can see that the song uses the vocals from the original Disclosure song, but behind them is a very atmospheric production. It really makes you feel something from the moment you hit play to the end of the track.

ODESZA came into the scene in late 2013 early 2014 and they really put Future Bass on the map. Their airy production paired with lush vocals got them fans from all across the globe rapidly. With ODESZA and Flume, I would say this time period is the turning point for future bass. It went from an unknown/undefined genre to something that started to become bigger than dance music alone.

When Marshmello hit the dance music scene in late 2015, he was shrouded in a veil of mystery. No one knew who this masked Marshmello character was, however, everyone could agree his music was incredibly catchy. His take on future bass as a genre was more of a “bouncy” type of feel that incorporated a lot of bass, but did not really have any melodic or airy production. Regardless, his music was fun and people enjoyed the marshmallow helmet.

Louis the Child are pretty new to the dance music scene but provide some really good examples of future bass. Their hit track, “It’s Strange,” showcases the main characteristics of this genre. There is some light production at the beginning and K.Flay’s vocals are able to shine through. The drop itself is powerful, however, not the same type of power you’d see in a dubstep or trap song. There’s almost a very retro/video-game type feel to the noises used in the drop as well.

This is where future bass as a genre is currently. The Chainsmokers’ hit single “Closer” featuring pop artist Halsey incorporates everything about future bass and elevates it to a pop song. This track was co-written by 1/2 of Louis the Child, Freddy, along with a few other artists like Shaun Frank. Thus the overall sound of the track sounds closer to Louis The Child or Shaun Frank’s production as opposed to The Chainsmokers’ old stuff. It’s a fun track that has some very infectious lyrics that are guaranteed to get into your head.

Future Bass is a genre that encompasses many different areas of dance music, but something that everyone can enjoy.

Now that we have scratched the surface on what future bass is, you can sort of get an idea of what this new genre of dance music has in it. It’s a genre that covers a wide demographic of music, but is most characterized by vocals along with airy and light production. It’s essentially the pop music of the dance world. It’s a genre that is extremely popular and is showing no signs of slowing down!