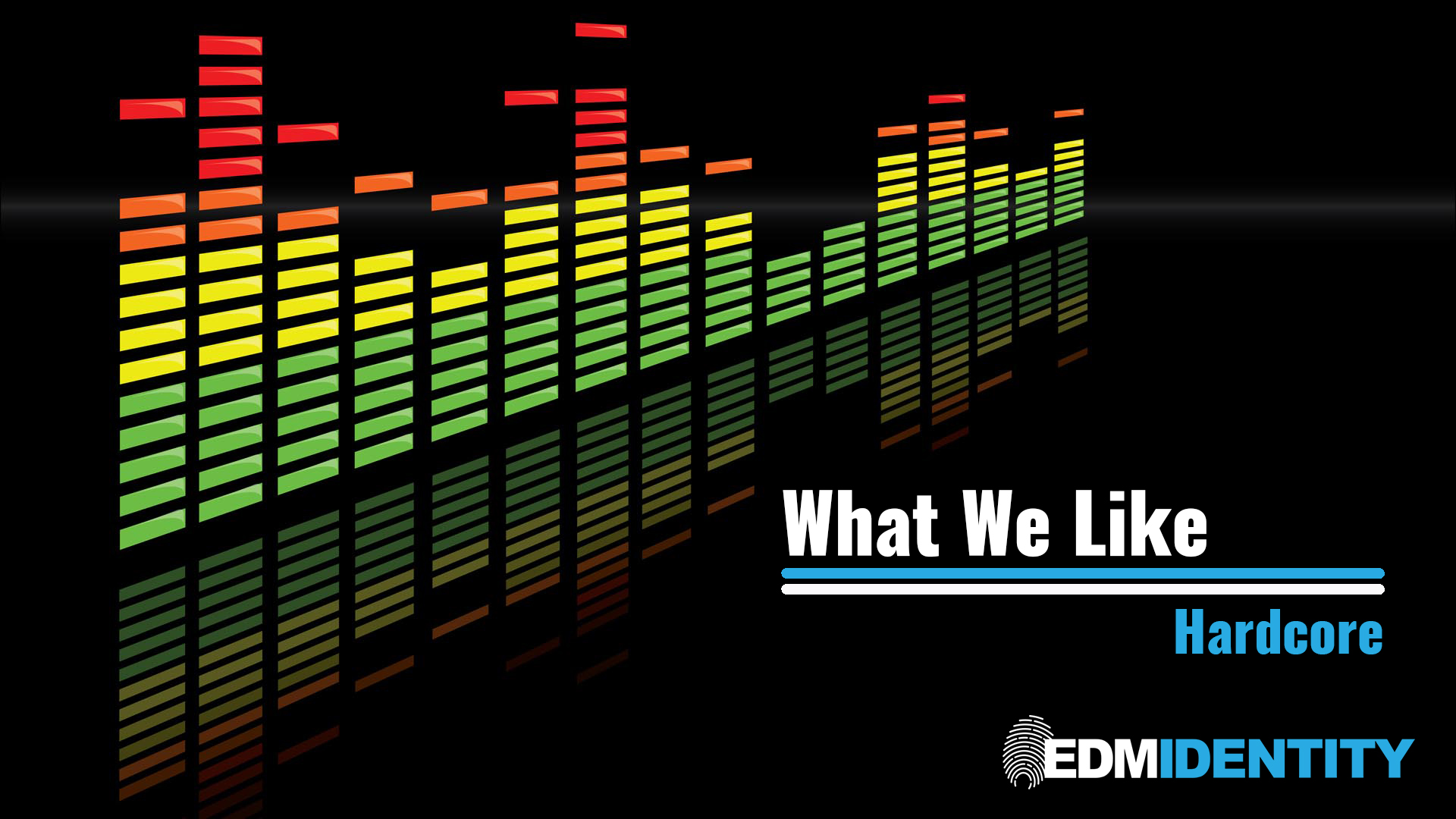 This month’s edition of What We Like is focused on Hardcore!

The What We Like series focuses on a sole genre that a contributor to the team is passionate about. Our intention is to not just to provide some music for you to listen to, but to guide you on your journey in discovering new genres. Join us as we explore the sounds found in the genre Hardcore!

Hardcore is one of the older dance music genres and encompasses quite a large variety of subgenres.

While some argue that its roots can be traced back into the 1970’s and 1980’s, there appears to be a consensus that Hardcore became a clearly-defined genre in the early-to-mid 1990’s.

Many credit the German producer Mescalinum United with the “first” Hardcore track, “We Have Arrived”, which was released in 1990 on his two-track EP titled Reflections of 2017 (not joking, that is the real title).

Subgenres of Hardcore include Happy Hardcore, Kawaiicore, UK Hardcore, Gabber, Makina, Frenchcore, J-Core, and many others.

If I wanted to take a stab at stereotyping things, then Happy Hardcore is the type of music found in “DDR” (Dance Dance Revolution), Kawaiicore is its cute little sister, and UK Hardcore is their mature big brother who doesn’t watch cartoons anymore.

Continuing this absurd analogy, Gabber is their strange distorted goth cousin and Makina/Frenchcore/J-Core are their foreign relatives, meaning that they integrate cultural influences into the core sound.

But enough with the words, let’s get to the music!

I am going to focus on Happy Hardcore, Kawaiicore, and UK Hardcore since these are my favorite subgenres, but I would encourage you to dig deeper into the others if they sound appealing to you!  And don’t forget to share your findings in the comments!

Let’s listen to some individual tracks to give you a taste of the different flavors of the genre.

Dougal & Gammer – One for the Ravers [Happy Hardcore]

This first track is brought to you by Dougal and Gammer, two big names in the hardcore scene.  While they each also release music on their own, these two collaborate often and have even released entire EP’s together.

“One for the Ravers” is a favorite of mine since it offers a feel-good build-up with those horns and then drops into a fun breakdown that makes you feel like you just got the invincibility star in Mario Kart.

The frantic pace and crazy sounds are collectively one of the main differentiators between Happy Hardcore and UK Hardcore, which has a more melodic vibe to it.

Time for me to introduce one of my favorite producers, nanobii, and the track “UP&DOWN” off of his Sunshine Express EP.  Nano (nanobii’s real name) was one of the first artists to call his music Kawaiicore but nowadays he likes to refer to it as Happy Hardcore (or Happycore, which is synonymous) and also produces some amazing synthpop!

“Quiver” by Darren Styles and Re-Con is another one of my hardcore favorites and it will help me explain the difference between Happy Hardcore and UK Hardcore; while they may sound similar, “Quiver” should sound a little less frantic and crazy in comparison to “One for the Ravers”, especially during the breakdowns and drops.

Darren Styles and Re-Con also add some beautiful vocals to slow things down even further, although Happy Hardcore tracks can often have vocals as well.

DJ Shimamura decided to remix “Happy” by i-robo and, in doing so, gifted the world with one helluva feel-good track.

Similar to “One for the Ravers”, this is another song that will make you feel like you are moving at maximum speed in a video game; however, the “Happy” remix also has some J-Core vibes.

The “J” in J-Core stands for Japanese, which is the language that the lyrics are being sung in.

Like the “Happy” remix, DJ DiA‘s bootleg of “Miraikei Answer” by TRUSTRICK is more J-Core than Happy Hardcore, but the two genres are very closely related.

Not only does “Miraikei Answer” have Japanese lyrics, it’s actually an opening title track for Ore Monogatari!!, a Japanese anime that translates to My Love Story!!

Another one of my favorite Kawaiicore producers is Lime, who also goes by the alias Kankitsu! “Smiling” does a good job of encapsulating the kawaii vibes that are found in Kawaiicore! ^_^

FYI – “kawaii” is Japanese for “cute”

Well here’s your crash course in the history of Kawaiicore: nanobii was one of the first producers to use the term “Kawaiicore” as it relates to hardcore dance music but he did so, self-admittedly, as a joke!

He ultimately decided that his Kawaiicore tracks were a variation of Happy Hardcore (also called Happycore) and now prefers to refer to them as such in order to avoid further fragmenting such an underground type of music; however, the Kawaiicore subgenre lives on thanks to the internet and the producers still making it.

If you’ve enjoyed what you’ve heard so far then you are going to love these continuous mixes!

As one of my favorite producers, nanobii‘s mixes are in my daily rotation and this one gets a ton of play.  It’s just under 30 minutes long and can supercharge your time at the gym, in the office, or even in the shower!  Sugoi!

Clocking in at 47 minutes, this mix by Darren Styles is a bit longer than nanomix 4 but is just as packed with good vibes and energy to keep you going.

Not only does Styles touch on a lot of styles of Hardcore but he also mixes in some tracks that align more with mainstream EDM, which could appeal to you if you are more of a casual fan.  Enjoy!

Hardcore has withstood the test of time and fragmented into all kinds of interesting subgenres. As we see them start to creep into the track selection from DJs of all backgrounds, it will be exciting to see just how popular some of these producers can get!