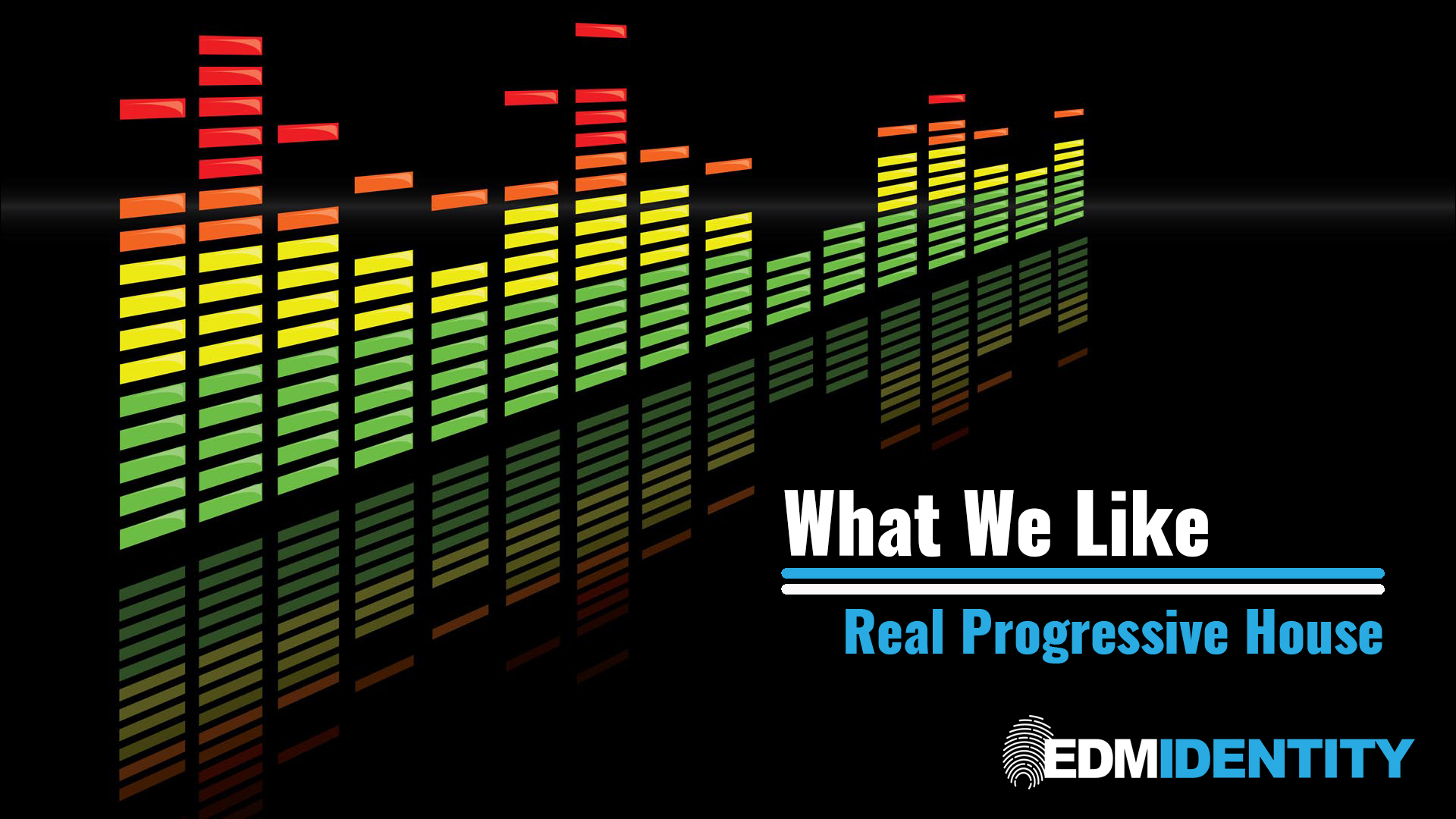 What We Like is a new series that features genres we like in the electronic music scene.

The What We Like series focuses on a sole genre that a contributor to the team is passionate about. Each month, that contributor will dive deep into the genre they care most about to bring you some history, information, and of course some music too. Our intention is to not just to provide some music for you to listen to, but to guide you on your journey in discovering new music or help you develop a deeper connection to genres you already love.

This month’s edition of What We Like is focused on Real Progressive House. The term “real progressive” isn’t intended to say that there’s fake progressive but it’s a necessary evil when it comes to describing a specific sound. This isn’t intended to kick off any sort of genre battle, just sharing music that we like (with genre descriptions that are unfortunately a necessary evil) with the goal of introducing readers to sounds and artists that they may not be familiar with.

Progressive House made some headlines last year, with Beatport announcing that they were going to create a new category for Big Room. This is something that real progressive house fans have long been asking for. There’s a big difference between the latest releases from say, Hardwell, compared to an artist like Sasha. Progressive House is a genre that has been around for decades versus that big room sound that has risen in the last five to six. This genre can easily have blurred lines with the sounds of techno, tech house, deep house and even trance at times. Tracks often feature long builds, deep rolling bass lines, melodic breakdowns all with the intentions of taking a listener on a journey.

Some common names associated with the genre are Sasha, Digweed, Nick Warren, Dave Seaman, Hernan Cattaneo, Eric Prydz, Quivver, Cid Inc, Guy J and Lane 8 among many others. To get started discovering the music, start off with Lost Language, Slideways, Lost & Found, Bonzai Progressive, JOOF Recordings, Bedrock, Particles, Sudbeat, microCastle and expand from that. The lists can go on and on and it wouldn’t even begin to scratch the surface. For streaming music, there’s the Progressive House channel on Digitally Imported (HERE), Progressive Beats (HERE) and also Frisky Radio (HERE). All three services have Android and iOS apps available for download.

One of the best ways to discover new music, artists and labels is by listening to radio shows that thrive on sharing what’s out there. Check out these six shows and their curators below! Stu McNally from Leicestershire (UK) wrote on his SoundCloud bio that he created the alias Insert Name in 2010 with the intent of bringing something different to the table. With a handful of original releases under his name and eight episodes of his monthly show called InSessions (Monthly, HERE). I’ve become a big fan of his and I’m confident to say the word different here relates to what many people often listen to. Signed to JOOF Recordings by label boss John 00 Fleming you’ll hear what are considered the darker and deeper sounds to progressive. This Canadian has really made a name for himself after years of hard work and dedication to music. His weekly radio show Slideways Sessions (Thursdays at 11AM Eastern on the Progressive Channel Digitally Imported Radio) stands out from other shows in the way that he always opens up with a quick intro of some personal thoughts, updates on himself or some sort of inspiration based on his journey as a musician. Don’t worry, if you just want to listen to the music it’s not something that will take away from it. Chances are you’ve heard one of his original productions or remixes in a set over the last couple of years by a wide variety of artists. Follow this guy’s Twitter account long enough, and you’ll see how confident he is as a producer and DJ. He has a monthly radio show that just reached 69 episodes on DNA Radio FM called Synthetics that always features his newest originals, remixes, IDs and the best within the genre. One of the things that these artists have in common is that they’re delivering on a sound, not just trying to sell you on a specific label.

Transition State by Vertigo is a weekly radio show that hit 200 episodes back in 2016 (every Thursday at 1pm on Progressive Beats) and follows the same pattern as everyone else here, delivering on a signature progressive sound from a wide variety of labels. You aren’t going to find weekly original releases from this DJ out of Arizona but don’t hold that against him. The task of a DJ and radio show should be to showcase new music that fits a style and every episode I’ve listened to from him has done just that. Go along for the ride with every episode, follow the track list and discover new artists and labels.

Coming out of Germany we have Chris Halen who gets a double mention here for a monthly show that he does with Wellenrausch, also from Germany, and his own show every other week called Crudehourz. The name Deviant Knights started in November 2014 when Wellenrausch and Chris Halen teamed up for their monthly show (2nd Friday of every month on Progressive Beats) that just like all the others above delivers a consistent progressive sound. Wellenrausch has been releasing original music for over 15 years and often associated more trance like sounds after the most recent albums Personal Epos and The Pages of Time. Unfortunately, Deviant Knights Radio has officially ended, but Chris Halen’s show Crudehourz is still going strong!

Stream The Final Deviant Knights Episode from October on SoundCloud:

STAY OFF MY LAWN! j/k.. sort of... Keith has been involved with every aspect of the electronic music scene since the late 90's still loving all of it years later. Mailing lists, message boards, started a Dancesafe chapter, was a promoter hosting my own events, club nights and of course blogging. These days I write about an AHL hockey team over at LetsGoAmerks.com

20 Years Ago, Paul Oakenfold Released ‘Tranceport’ – the Best Trance Compilation of All Time