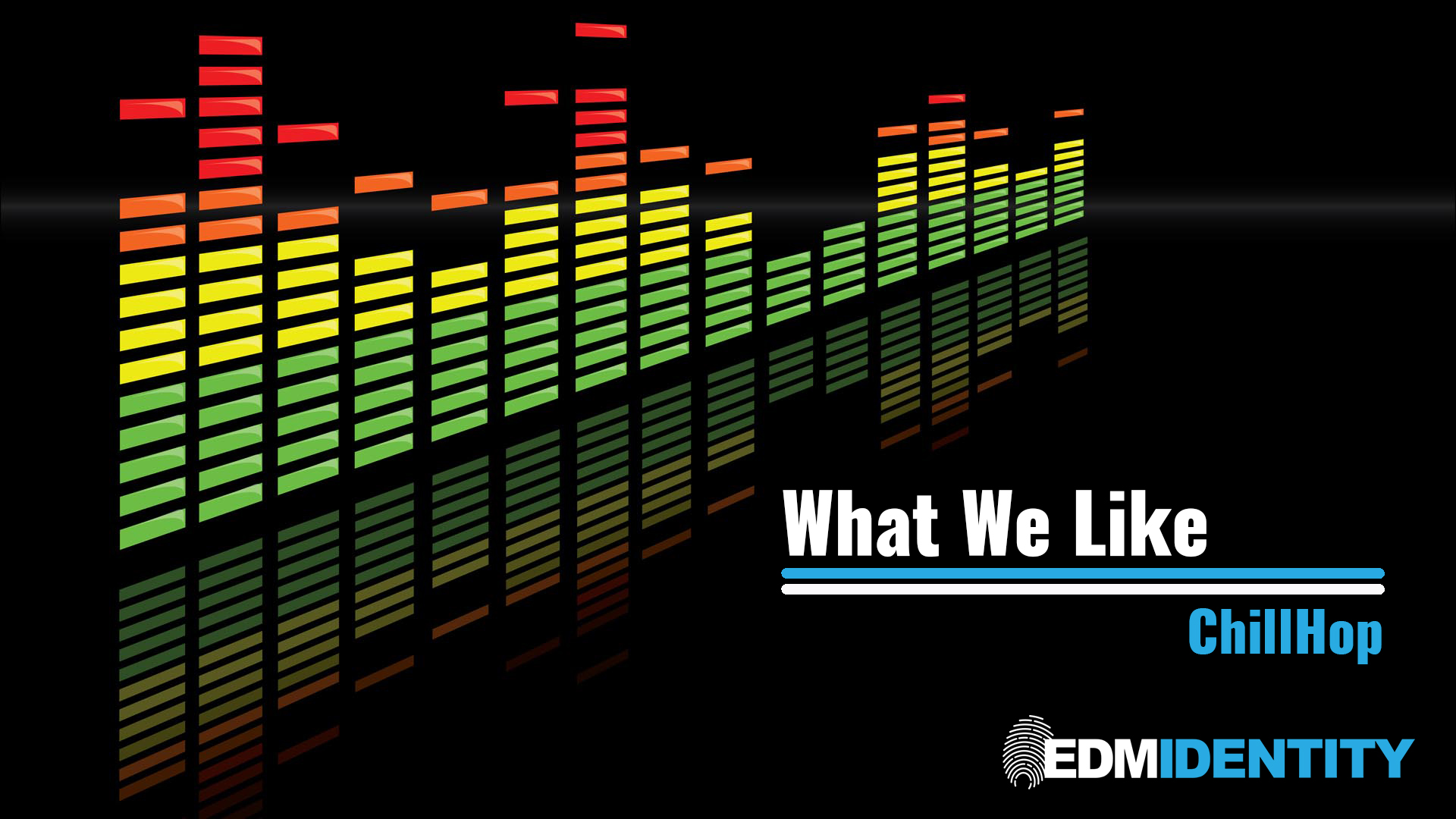 What We Like is a new series that features genres we like in the electronic music scene. This month’s edition is focused on ChillHop!

What We Like series focuses on a sole genre that a contributor to the team is passionate about. Each month, that contributor will dive deep into the genre they care most about to bring you some history, information, and of course some music too. Our intention is to not just to provide some music for you to listen to, but to guide you on your journey in discovering new music or help you develop a deeper connection to genres you already love. This month’s edition of What We Like is focused on ChillHop!

ChillHop is one of those genres I’ve loved for years that I never knew had a name.  A derivation and fusion of Trip Hop, Hip Hop, Chillout, and Jazz, it represents some of the most mellow beat-driven styles in electronic music.

From Nujabes to Gramatik, Birocratic to Gyvus, ElektroBin to MaxGonz, the genre is filled with a wide variety of styles and sounds.  The common core though is mellow strings, broken beats at a slower tempo, and soft pianos, hypnotic synthesizers, and driving but subtle bass lines.  As a garnish added the formula is underground-style rapping.  While the genre has no true prerequisite it does thrive on the sound of hanging out with friends, unwinding from your day, and relies on the mood of allowing one to simply get lost in the sound.

First, let’s dive deeper and explore a few tracks and perhaps an album to really get a feel for the genre.

If one man was selected to represent the sound of a genre, I’d select Nujabes to represent ChillHop.  His style and music in both uplifting and mellow.  His ability to blend elements is seamless.  Sadly, he departed this world in 2010, and left only his music as a living legacy.

That said, “Another Reflection” perfectly blends in many of the characteristics of ChillHop.  It’s a slow, simple rhythm in the beat pattern, a stunning piano melody, and even has spoken words mixed into the fray.

From an influential vocal sample, right out the door, and that sweet piano riff, you know that this track has the makings of bliss.  The piano played over the simple beat really provide a solid, if sparse, landscape for one to really dissect the foundations of the genre.  The beat is broken but steady in tempo and pace.  The piano provides the melody – though it is repetitive.  The track is short and to the point.  There’s also the landscape that the track would perfectly fit into a Lounge or Happy Hour at a bar where people unwind after a hard day’s work.

Emancipator delivers another gem of the genre with “Honey.”  You’ll find a large focus on more organic loops here – the bass line instantly strikes the ear as less of a loop and more of a jam.  The flutes, saxophone, and wah-wah melodies of the Rhodes-style piano lines all captivate the mind with simplicity in the truest form of sonic bliss.

After what we’ve heard so far… you may be surprised by this particular track.  The rapping of Hip Hop is not an outcast in the genre of ChillHop.  Dutch producer Arts The Beatdoctor offers up “Transitions” – a blend of rap verse, cut up bass samples, and a pleasant mix of high melody pads, soft brass and woodwinds, and a driving breakbeat.  This might be a bit higher tempo then one would think it’s outside of ChillHop – but in reality, the genre is defined less by tempo and more by the thoughtful effect of its slow breakbeats and melodies that enrapt the mind to chill out.  Also – “Transitions” has this beautiful switch to mess with you… listen to the end… you’ll dig it! 🙂

Let’s curve down to that the more Ambient end of the genre with “Beauty.”  The piano offers a fabulous interlude to prior the drop of the beat.  The beat kicks in and the key drops down a little to mesh the two styles into one.  Here the focus is on grabbing the space between your ears – to make you chill and seek what’s inside.  If there is one aspect I love to share about the genre – it’s the thinking or reflecting-side of the music.  Slip into another space for a while and comprehend yourself before the rest of the world around you.

ElektroBin is a bit of an anomaly.  It’s an alias one would believe would make main stage music but the French producer artfully weaves beats and melodies in a distinctly ChillHop manner.  The productions on this latest long-play represent the genre splendidly.  It’s a blend of sensible slower tempos with driving breakbeats and playful synthesizer leads that dazzle the ears.

In particular, “Breath” represents the blend of beats and synthesizers stunningly.  Whether one takes the synthesizer driving the work, dark bass line and beats providing a foundation for the groove or the hypnotic feel of the guitar riffs – it all just settles wonderfully on a plate ready for dining.

Now that we have a stronger idea of exactly what the genre is, let’s discuss the broader aspects of the style, and how it interacts with the audience.

ChillHop as a genre, and as I noted above a few times, offers the listener the moment to reflect on what’s around them and on themselves.  Since it’s so focused on the lower tempo breakbeats of Hip Hop and the melding of thoughtful and unassuming melodies, it offers a groove to focus in on and yet space for the mind to wander.

As such, it allows a DJ to really craft either a journey or an experience.  One could bring in the rapper’s lyrical waxing to create a certain mood for a few moments, then drop in some Funk-filled beats to increase the energy, and yet still further wind down the energy with a moment that hones in on just flutes or a piano line.

With that in mind, let’s explore how the genre gets mixed in a few mixes.

Kicking off my mix selections is this one-hour adventure to relax the day away.  There is a simple reminder that the beats evoke – take moments to yourself and unwind the tension.  It’s easy to forget this simple fact during our hectic days.  ChillHop is the genre that lets you easily chill out while it maintains that breakbeat.  Falcxne’s “Puddles” is a stellar example of the genre in this mix.  The beat drops in and out over the track’s progression, beats are well-defined, and yet the guitar and synth work are all really mellow and leave the listener with a simple and easy atmosphere.  D3tails’ “Warm” lives up to its name – oozing with a warm sound that just makes the heart take a moment to itself.  Remember though – there are tracks with more energy.  As an example, dive deep into the strings and beats of “Time Bomb” by Subjectjazz.  The break beat here plods along while the tension of the string choices really blends juxtaposed moods.  While it still is relaxing, it also creates a haunting mood that drives the mind to think about itself… especially when the piano line comes in as bright and cheerful as it does.

It is little surprise to find the beats of ChillHop blended into warm sunny days.  There’s something simple and easy about the beats filling the sonic sphere when lounging in the daytime sun, whether on the Beach or poolside.  Typically Deep House finds a home here, but ChillHop admirably fills in the space just as easy.  Instead of dancing though the focus becomes the bob and weave, perhaps of your head, while lounging with a cold drink – beer, wine, mixer, or whatever – with good company.  Examples of what works wonderfully in this mix include Badsummer’s “Still Shining,” Aso’s “Loungin,” Bonus Points’ “Pizza and Video Games,” and GYVUS’ “Tôzen.”

Mindful Vibes is a growing brand over on YouTube for a variety of chillout genres, and while this mix is not exclusively ChillHop – they brand it as Jazz Hop actually – it still represents the mindful journey the genre can take you on.  The opening track, “View Of The Ocean” by tsunenori, beautifully represents this – blending the piano, guitar, and flute over a mellow beat that really provides a skeleton to take the tempo forward.  Elyon’s “Creve-Coeur (Day 3) also blends the piano with a soft breakbeat to ease the mind into a relaxation moment while offering the chance to still groove your hips to a beat.  Halfway through you’ll find the gem of Oisima – Glow (Mecca:83 Remix) which offers some warm synth work straight out of the 1980’s and a smooth beat. Impeccable. All in all, there’s plenty to love about this mix, whether you throw it on at a house party, while you’re cooking a meal, or while reading a good book.  That’s part of the joy of the genre – it has so many purposes!

So, we’ve cracked open the nutshell of what ChillHop is.

We like it because it offers a menagerie of experiences, allows us to unwind, and hones our focus when we need it.  It allows us to groove with friends whether out at a house party, pool party or find ourselves in the moment when sitting at work.  ChillHop is a huge swath of low-tempo beat-driven electronic music that grabs ears and is on the rise.  It retains elements that seem familiar from so many places.  It is rooted in the blend of Dub/Reggae, Chillout, Hip Hop, and Jazz.  If there was an organic Electronic music genre, it would gravitate toward ChillHop, as the instrumentation and production styles still lend itself to performance driven music.  It does not spout attitude, frustration, or anger – it just blends the spices of music before it to provide a slice of humble calm in the moment without dropping the beat into a sea of nothing – like Ambient does.  We hope you find a moment in this style and fall deeper into it with us.

In that vein, don’t forget to subscribe or favorite the following places: