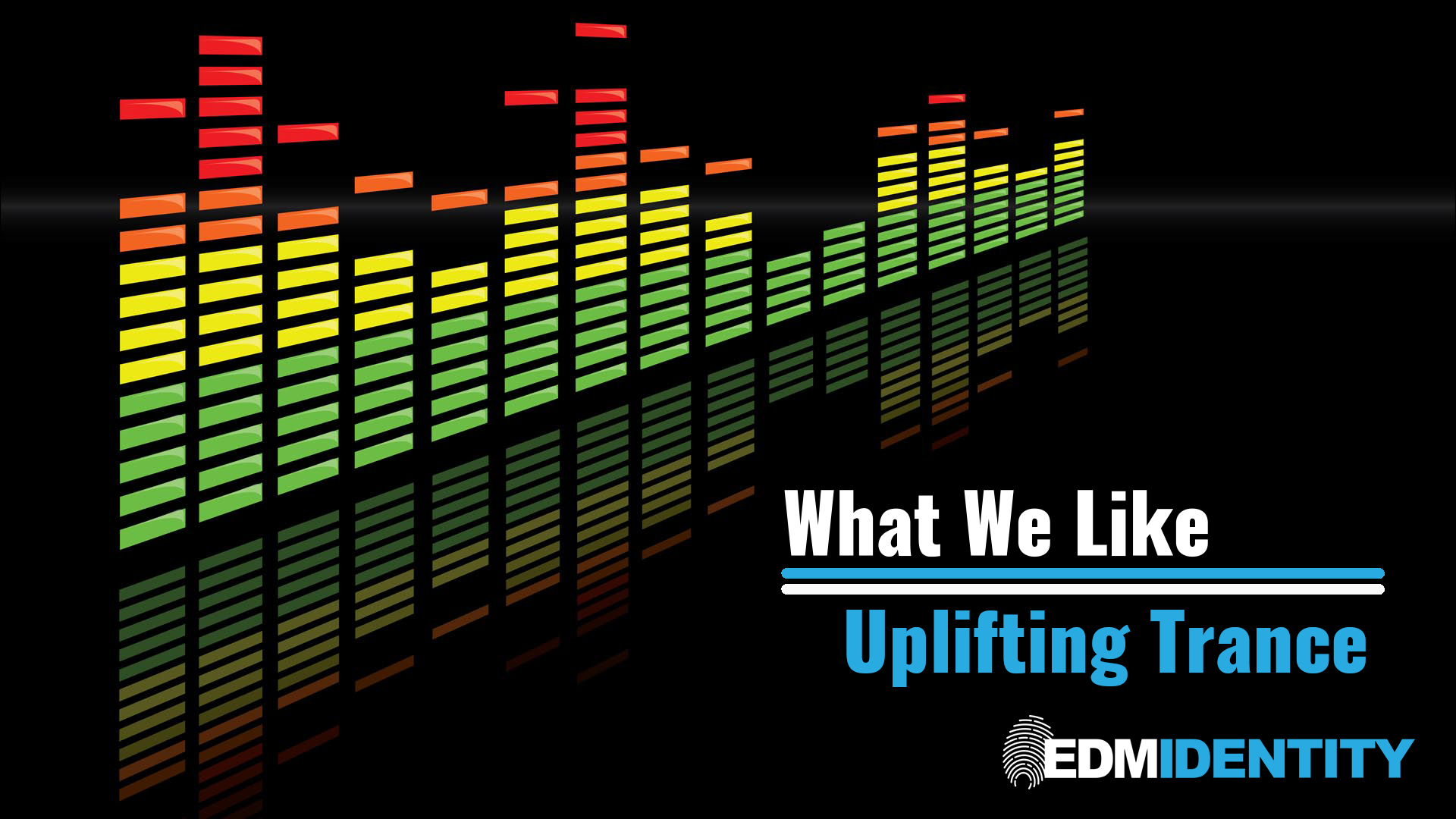 What We Like is a new series that features genres we like in the electronic music scene. This month’s edition is focused on Uplifting Trance!

What We Like series focuses on a sole genre that a contributor to the team is passionate about. Each month, that contributor will dive deep into the genre they care most about to bring you some history, information, and of course some music too. Our intention is to not just to provide some music for you to listen to, but to guide you on your journey in discovering new music or help you develop a deeper connection to genres you already love. This month’s edition of What We Like is focused on Uplifting Trance!

What is Uplifting Trance? This sub-genre of Trance has many aliases, including ones like emotional trance, epic trance, and even branching off into a sub-genre of its own called orchestral uplifting trance. However, what truly defines Uplifting Trance is the feeling that it gives you when you’re listening to it. The rush… The euphoria… The pure bliss that reaches your ears, brings a smile to your face, and spreads warmth into your heart.

It’s the type of Trance that can have you bawling from sheer happiness caused by just being in that beautiful moment or crying from deep sadness reminiscing on beautiful memories from the past. When listening to it in a live setting, it’s the type of music that makes you want to hug a friend or significant other and just appreciate that you are sharing something so beautiful with someone you care about. Uplifting Trance truly evokes emotion in so many different ways, and that’s why it is, and always will be my favorite genre!

Let’s get into the beginnings of Uplifting Trance…

Trance is said to have originated in the mid to late 1990’s in Germany. These type of sounds had to be defined because it was a different type of sound than what was currently being played in Europe’s club scene at the time. The difference was that there was typically a breakdown portion of the song where the beat dropped and focused on a melody and then returned with a renewed intensity. It became instantly popular in Europe and spread very quickly.

It wasn’t until the late 1990’s and early 2000’s that the more uplifting side of Trance started to show itself with artists like ATB, Delirium, Paul Van Dyk, and Ferry Corsten. Other artists such as Armin van Buuren, Tiesto, 4 Strings, and Above & Beyond to name a few were also involved in the progression of Uplifting Trance in the 2000’s.

In recent years, this sub-genre of Trance has continued to carry on with artists such as Aly & Fila, John O’ Callaghan, Ferry Tayle, Daniel Kandi, and more. It has also branched off creating its very own Uplifting Trance subgenre mentioned above, orchestral uplifting.

There is no better way to discover a new genre than to listen to it.

There are many tracks that can be labeled as Uplifting Trance. Therefore, I’ve simply picked out some of my favorite tracks, artists, labels, and radio shows that will help you get an example of what this Trance subgenre really is and why it’s so awesome!

If you are an avid electronic music fan, you’ve most likely heard of Digitally Imported radio. Did you know they have an entire channel dedicated to Uplifting / Epic Trance? This channel includes multiple different radio shows where you can indulge and listen to favorite and new Uplifting tracks. Some examples of these radio shows include Edge Sessions with Photographer, Injection with UCast, Orchestrance with Ahmed Romel, and more.

An example of a classic Trance song that was a massive inspiration to Uplifting Trance in the late 90’s was released by The Thrillseekers called ‘Synaesthesia’. This track is a beautiful example of Epic Trance at its finest and gives you a great idea of what kind of songs really made the genre into what it is today.

Check out our in-depth interview with The Thrillseekers here.

One of my all-time favorite tunes with one of the most unique breakdowns that I’ve ever heard is by Ciaran Mcauley called ‘In Memory of You’. This is the perfect song to use to start off this article as it is sure to give you goosebumps and bring about all “the feels”.

Stream Ciaran Mcauley – ‘In Memory of You’:

Another beautiful track by an artist who has been known to produce some stunning Uplifting tunes is called ‘Starships Over Alice’. I accidentally found this track by Arctic Moon while browsing through other songs I wanted to listen to. The title of the track caught my eye and made me want to listen. After hearing it, I was thoroughly impressed, and I truly believe all of the elements of this track are really beautiful.

Future Sound of Egypt Recordings is label that is known to have released epic, beautiful Uplifting Trance productions. Created by the artist group Aly & Fila, FSOE has allowed many artists to be able to show their creativity and Uplifting styles including artists like Fady & Mina, Ferry Tayle, Arctic Moon, and others.

A perfect example of this type of Trance is this gorgeous track by Ahmed Romel called ‘Paradisum’.

If you’re looking for a quality label that produces all sorts of uplifting and uplifting orchestral trance, Abora Recordings has got you covered. All the way from their releases on their sub-labels like Abora Skies and Digital Euphoria just to name a couple, there have been many epic tracks produced. The creator and founder of Abora Recordings is none other than the famous Ori Uplift, an amazing mastermind behind Uplifting Trance. The tracks that he has produced are absolutely stunning, to say the least. Keeping up with this particular type of Uplifting Trance can sometimes be hard, but Ori Uplift makes it easy by producing his weekly podcast Uplifting Only that focuses purely on beautiful, uplifting and orchestral Trance tracks. Uplifting Only airs every Thursday on Digitally Imported.

One of my all-time favorite tracks, released on Abora Recordings in June of 2016, displays the perfect Uplifting Trance that I’ve come to love. Combined with a beautiful animated video produced by TranceDivine, watching this video and hearing the track for the first time together made me cry. Maybe it was due to my feelings that day, maybe it was just that moment, or maybe it brought back memories. No matter what, at some point, Uplifting Trance brings out emotions in everybody! Give Uplifting Trance a chance and check out the video combined with illitheas’s beautiful track below.

Another absolutely gorgeous Uplifting Trance track that displays the beauty of the genre, also released on Abora Recordings, is labeled ‘Heiwa’, produced by Type 41. The melodic breakdowns can take you through an emotional journey of pure beauty.