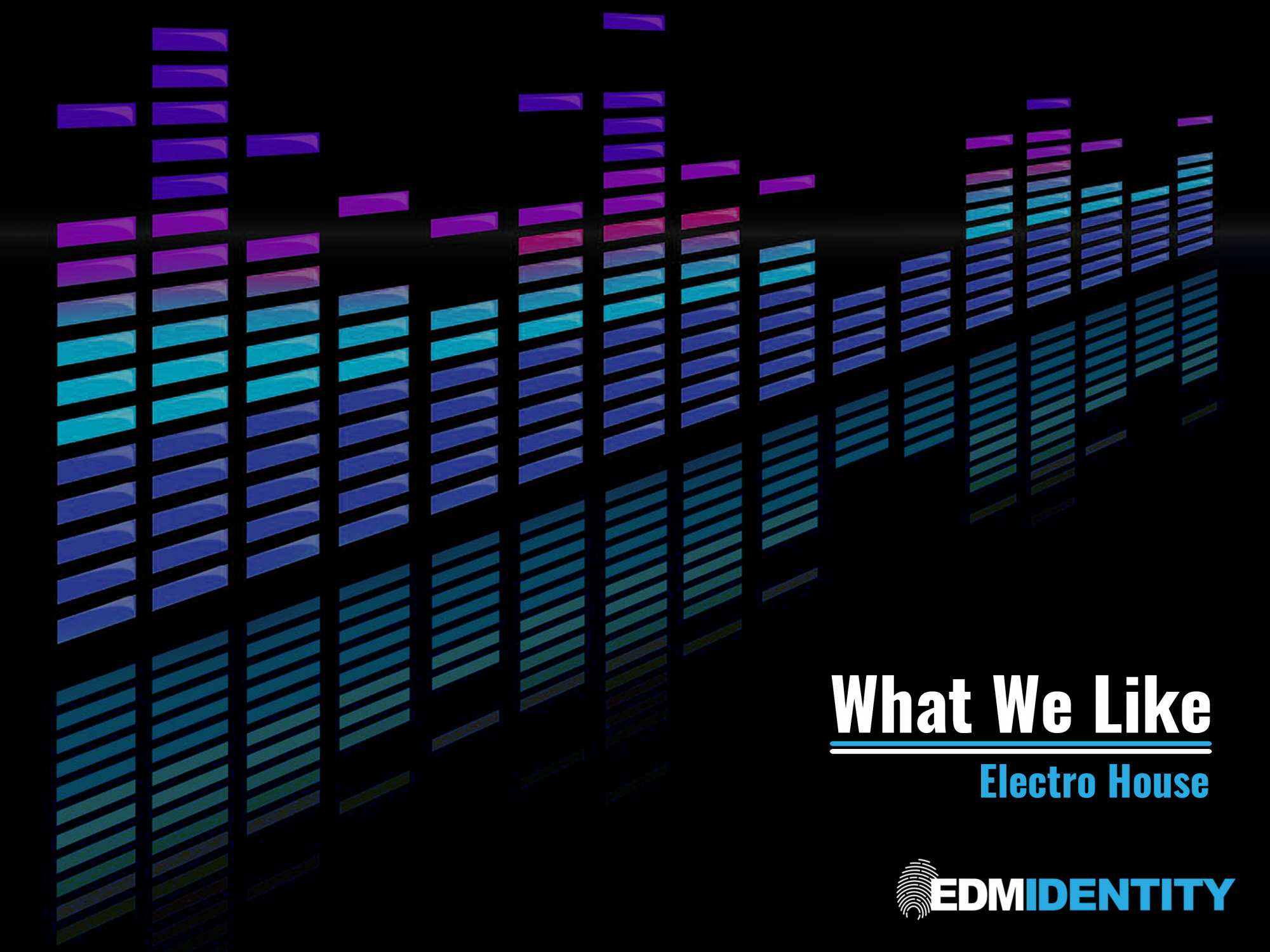 What We Like is a series that features genres we like in the electronic music scene. This month’s edition is focused on Electro House!

The What We Like series focuses on a sole genre that a contributor to the team is passionate about. Each month, that contributor will dive deep into the genre they care most about to bring you some history, information, and of course some music too. Our intention is to not just to provide some music for you to listen to, but to guide you on your journey in discovering new music or help you develop a deeper connection to genres you already love. This month’s edition of What We Like is focused on Electro House!

You may have heard of Electro House before and many of your friends may have heard you say it’s your favorite and then direct to the main stage of a festival. We’ve all been there and we’ve all had fun there. Honestly, I personally think it’s a genre that you would legitimately have to try hard not to have fun dancing with.

The formal definition of Electro House are songs that contain minimal-processed beats, a prominent bassline and/or kick drum with harmonically rich tones with occasional vocals or instrumental riffs, sampling distortions and synths, and finally falling into the 125-135 BPM. Most history buffs would argue that Electro House was formed as an offshoot of Electro Tech, which was a combination of Tech House and Electro Clash created in the early 2000’s. As with most genres, a catalyst was needed to bring it to the masses and many would say that Benny Benassi’s 2002 track, “Satisfaction”, did just that.

The genre can be wild and fun, bouncy and electric. It’s the type of music that makes you feel pumped up for what’s happening.  While it’s a genre that you’re more likely to hear on the main stage there are plenty of artists creating these fun tracks that transcend where you might be when you hear them.

Electro House tracks that you most definitely need to know!

It starts with monotone vocals, almost robotic, and that consistent drop kick creating the baseline. A slight pause and then the distorted riff followed by the same robotic vocals again. This is by the very definition cited above. The bpm is perfect for tapping your foot to the beat. The infectious vocals have you mouthing the words before you even know what’s happening. This fun track is the best way to start a party.

Fedde Le Grand – Put Your Hands Up For Detroit

It’s a bouncey back and forth. Fedde Le Grand creates a solid rhythm using purely electronic beats. Then the repetitive lyrics will for sure having you putting your hands up for Detroit. If you just feel the beat you once again are tapping your foot to a consistent beat. It’s the type of song you can enjoyably dance to, not just jump up and down dance but actually move rhythmically.

Hardwell’s Spaceman is an anthem. The repetitive beat is made with distorted strings and will get stuck in your head. It’s the type of song that is hype. A blend of that grimy synthetic beat showcases the energy of Electro House.  It also represents the moment when the energy of the main-stage catapulted the genre into the unknown. It’s a party’s lifeblood and will keep your crew bumping late into the night.

What happens when Electro House fuses with the production sensibilities of Trance? You get tracks like “Electronic Electro” by David Amo & Julio Navas.  There’s a surprise here – this tune was released during the heyday of Armin van Buuren’s meteoric rise in the DJ ranks and follows his Shivers-era releases.  Many wouldn’t pick out this track as a sign to Armin’s namesake Armind label, but circa 2006, he was breaking boundaries with tracks like this signed under his management.  If you like the distortion, if you enjoy the squeal of the lead from Electro House, and you love your four-to-the-floor beats, you’ll dig this one.

Electro House Radio Shows to get you acquainted with the style.

Now that you’ve heard some about the style of Electro House we can explore some podcasts. The Panda Mix show is a solid introduction to the genre. They explore tracks that have been remixed as well as true Electro House tracks. You don’t have to pay attention or focus, you can just chill and embrace the beat.

It’s no surprise that a seasoned DJ spans multiple genres throughout his career.  Laidback Luke is no stranger to enticing listeners to his varied sets – but one thing rings true in his performances — the foundation of Electro House!  Mixmash Radio, his monthly mix show, offers plenty of the cheeky Electro sound for you to love.  It’s got variety, so you won’t find Electro House exclusively here, but you’ll find plenty of it interlaced the frantic mix-style Luke is known for.

Check out all the episodes right here!

Weekly tunes presented by Fedde le Grand, who we just mentioned above, come in the form of Dark Light Sessions.  Electro House takes its place with the progressive and deep vibes Fedde also brings as he rocks stages and festivals worldwide.  You’ll find plenty to love if you dig big tunes and the big vibes of Electro House.

Now that we have explored the sounds and I’ve shown you where could find more. I wanted to explore this track simply to include one of my favorite artists. Bouncy Bob has all the classic Electro House tells. From the repetitive distorted riffs to the minimally processed beats. As soon as it comes on you can almost anticipate the direction it’s taking. No lyrics but such an electric energy basically brings the party to the table.

We like it because Electro House is the catchy, fun part of electronic dance music. It’s the anthems that get stuck in our head and the type that you will remember years from now. It may have been a spin-off of Electro Tech but has grown into an influencer all of its own. Just that minimal beat and rhythm that just appeals to your body’s natural timing.

It appeals to a broad audience and while it may not be your cup of tea all the time, we all have memories associated with this genre. So next time your friends are trying to drag you to the mainstage, give yourself over to the moment and dance around, living that best life.