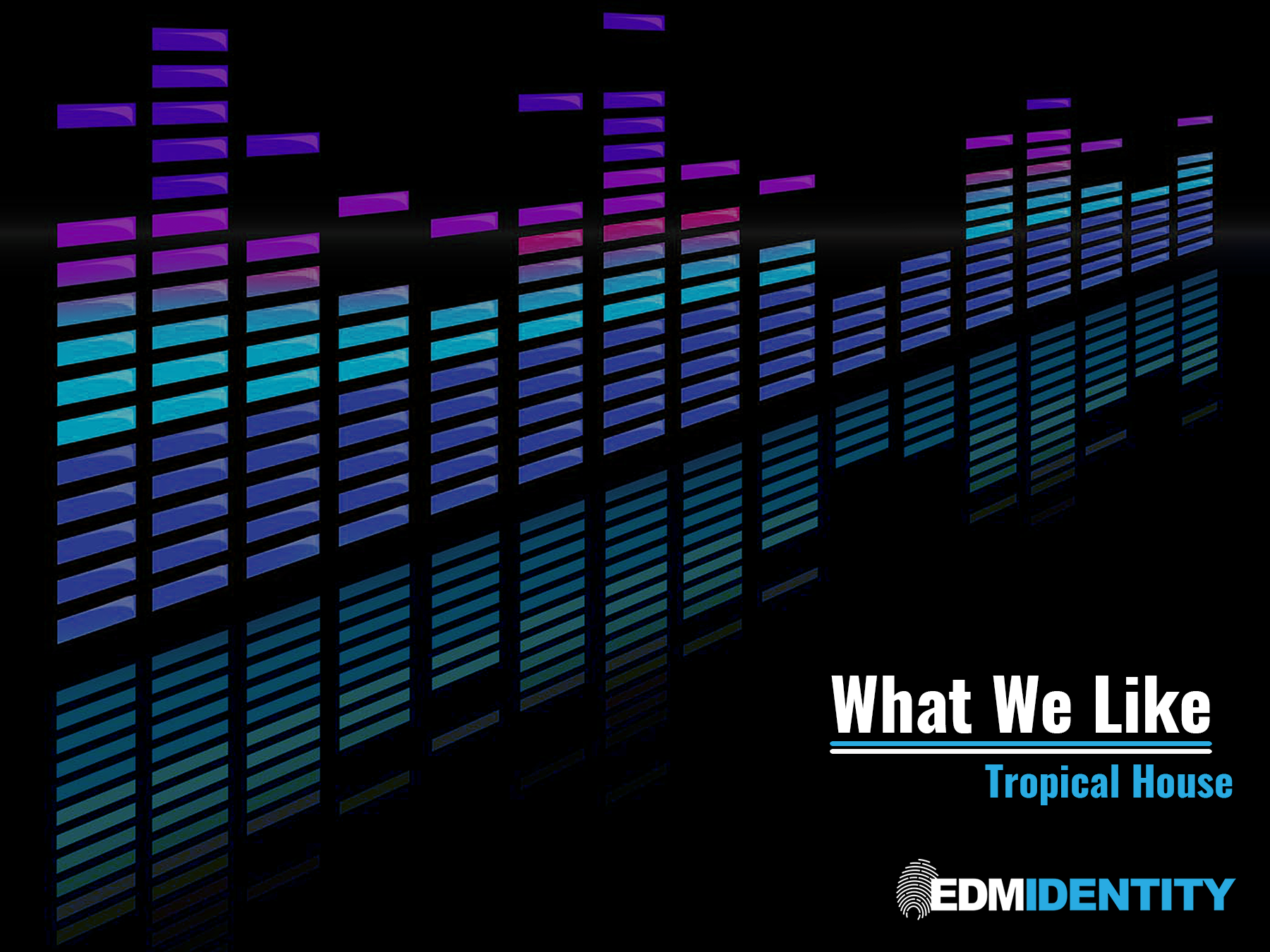 What We Like is a series that features genres we like in the electronic music scene. This month’s edition is focused on Tropical House!

The What We Like series focuses on a sole genre that a contributor to the team is passionate about. Each month, that contributor will dive deep into the genre they care most about to bring you some history, information, and of course some music too. Our intention is to not just to provide some music for you to listen to, but to guide you on your journey in discovering new music or help you develop a deeper connection to genres you already love. This month’s edition of What We Like is focused on Tropical House!

Tropical House is a widely popular genre of dance music that has a massive following and attracts huge crowds worldwide.

While its roots can be seen in the mid to late 2000’s, the term “tropical house” came about in the early 2010s. Originally coined as a joke by artist Thomas Jack, it is primarily used to describe a substyle of deep house that became popular in 2013.

The key factors of tropical house that make it different than other subgenres of house music are the instruments heard in the songs. Tracks in the genre usually feature sounds provided by steel drums, pan flutes, guitar chords, and marimba. Further, tropical house tracks almost always have lush vocals to top it all off.

The genre is uplifting, relaxing, and can be listened to anytime throughout the day. With tropical house’s easy listening paired with the genre’s infectious melodies, it’s no wonder the genre rose to prominence rapidly.

Artists leading the genre include Kygo, Thomas Jack, Sam Feldt, and Felix Jaehn. While the style was popularized in the electronic music scene, it has also found its way into the world of pop music by way of artists like Justin Bieber.

Let’s take it back to the roots of the genre with Thomas Jack and Kygo.

Thomas Jack coined the term Tropical House and made his mark on the scene early on. His biggest claim to fame was his widely popular tropical house mixes titled Thomas Jack Presents. The mixes were strictly tropical house tunes by him and his fellow friends. They gained popularity quickly and made for easy listening when you were at the gym, studying, or driving, helping expand the genre quickly in its early days.

Kygo began his career with a string of tropical house remixes of popular songs. The remixes were done impeccably and made a huge impact in the dance music world. Listening to this stellar remix of Marvin Gaye’s “Sexual Healing,” you can hear all the criteria of a tropical house track. All in all, it simply sounds like you’re on a beach in Hawaii watching the waves come and go.

Artists like Sam Feldt and Felix Jaehn have also left a lasting impression in recent years.

Over time it was clear that the tropical house wave could not be stopped and making moves in the genre was Dutch artist Sam Feldt. Crafting incredible tropical house tunes that were released on Spinnin’ Records it seemed as if he instantly gained millions of plays. The release that caught our ear first was his remake of legendary track “Show Me Love”. Vocalist Kimberly Anne lent her beautiful voice to the tropical house reboot and left a lasting impression.

German music producer Felix Jaehn also made his mark on the scene and climbed up the charts with his hit song “Ain’t Nobody”. The song samples lyrics from Chaka Khan’s original track and features vocalist Jasmine Thompson on the tune. “Ain’t Nobody” has heavy tropical house tones that can be heard through the marimba instrument throughout. It’s incredibly catchy and will have you bobbing from side to side seconds after pressing play.

Sam Feldt’s Heartfeldt Radio is a weekly radio show that he produces to show off the latest sounds of the genre. Each episode has new tracks from him and other tropical house artists to explore and tune into. It’s definitely one of my favorites!

Bakermat is another prominent artist in the tropical house scene and is highlighted by his incorporation of live instruments in his performances. His show dubbed The Circus is features a wide assortment of dance tracks with varying genres, but you can surely find a lot of tropical house tracks in there as well!

Klingande is a French tropical house producer. His tracks usually incorporate tropical house sounds along with saxophone and piano instruments as well. He hosts his Playground Show which features his latest music as well as other guest DJs who host the mix as well. It’s a great listening experience from start to finish!

Additionally, you can always tune in to DI.FM’s Chill & Tropical House Radio Station to change things up and further expand your knowledge of the genre!

Tropical House can be enjoyed in any setting and is something anyone can easily get into.

Tropical House shows no signs of slowing down. Its popularity is at an all-time high, and for good reason. The genre is catchy, easy to listen to, and is just feel good dance music that is appropriate for many different settings. Next time you’re feeling down pop on a tropical house track and I am positive that mood will change!