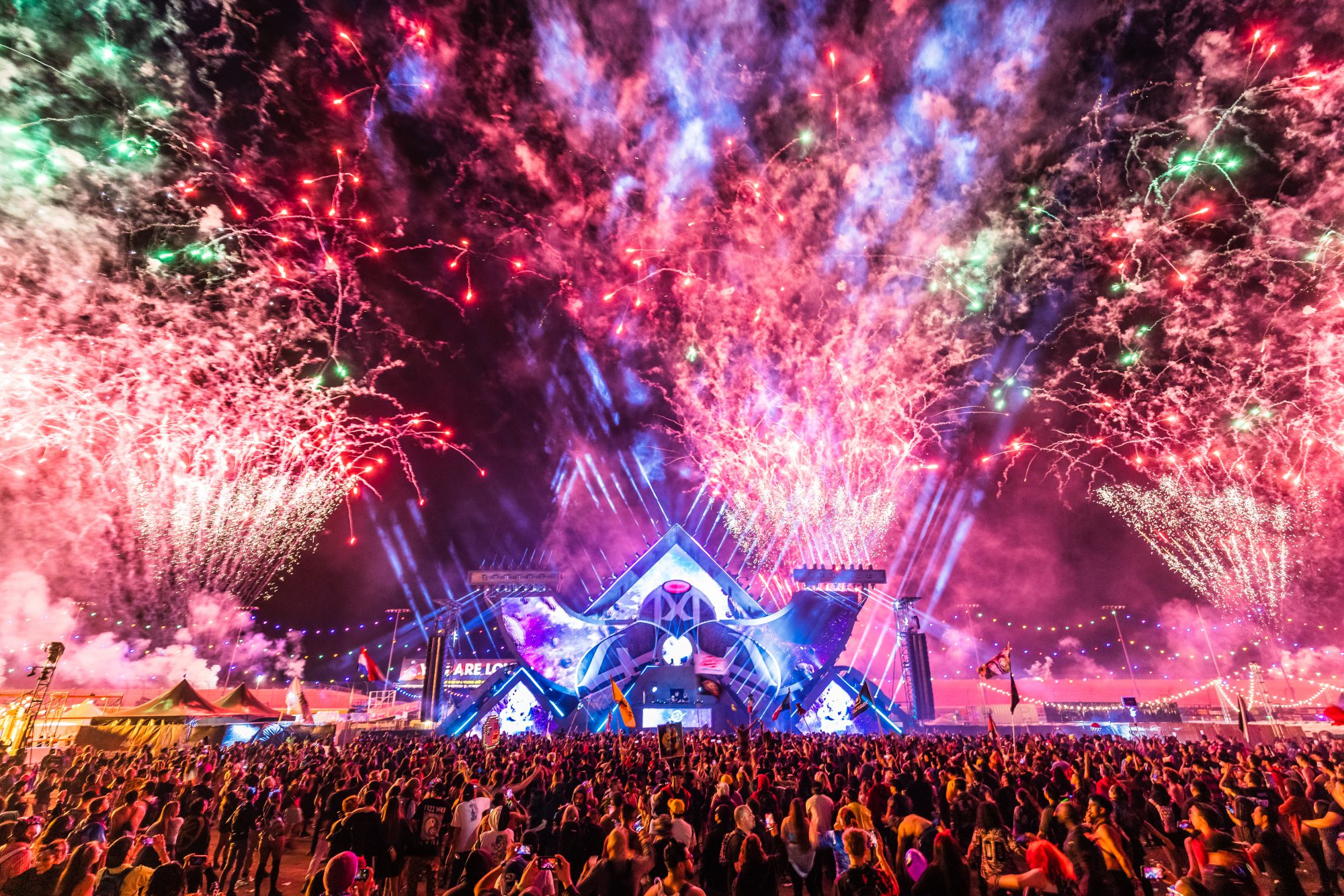 EDC Las Vegas is right around the corner and today we’re exploring the harder styles with a curated playlist focused on the wasteLAND stage.

Throughout the week, we’ve been hosting a playlist mini-series, where the greatest curators in the universe deliver the freshest beats from every stage at EDC Las Vegas to the most important headliner: you. So far, we dove into the eclectic sounds of the neonGARDEN and quantumVALLEY stages. Today, we’re shifting gears to the diverse sounds of wasteLAND, hosted by Basscon.

The wasteLAND stage represents the entire spectrum of hard dance music from euphoric hardstyle to rawstyle to hardcore. It’s one that you’ll want to visit to get your fix of high-octane beats, drifting screeches, and distorted kickdrums backed by the melodies that open the pearly gates of Hard Dance Heaven (or Hell). The most dedicated crowd in the universe flocks to the wasteLAND stage to be greeted by ground-shaking music, curated by European hard dance legends and homegrown artists we’ve come to know and love over the past few years.

Get ready to “Lose Your Mind” and venture “Into The Wild” with the sounds of Wildstylez and Sound Rush, and ascend to the heavens with the sweet, euphoric sounds of Adrenalize, Da Tweekaz, and Headhunterz. Experience the “Renaissance of Rave” with Sub Zero Project, DJ Isaac, Ben Nicky, Dr. Phunk, and TNT – and prepare for the U.S. debut of a hysterical and rowdy new hardstyle act, 3 Blokes, featuring Audiofreq, Code Black, and Toneshifterz.

If you prefer the faster speeds and even-more-aggressive sounds of hard dance, Basscon has you covered with the best in rawstyle and hardcore, giving fans sets from D-Sturb, Deadly Guns, DJ Anime, Lil Texas, Mad Dog, Omar Santana, Radical Redemption, Rob Gee, and Warface. Basscon didn’t forget about happy hardcore as Tweekacore and Darren Styles are slated to perform, with the latter finally returning to the festival after almost three years, making this a must-see performance.

Last but certainly not least, Basscon shows some love to the homegrown artists that have been holding it down for the American Hard Dance scene for a number of years now, but especially during the pandemic while European headliners navigated their way back to shows in the States. These performers include Crime Family, Darksiderz, a special B2B between HPNOTIC and Lucky Rabbit, SOREN, and Lady Faith. Basscon also enlisted some homegrown newcomers to the festival such as LINK, LLLLNNNN, Talon, and one of the most promising acts to ever come from American soil, KAMI.

There’s no doubt that this year’s wasteLAND lineup is stacked to the brim and it’s going to be worth the visit to check out a genre that’s rapidly growing and gaining momentum in the States. But while we wait until it’s time to return to EDC Las Vegas, check out this playlist that covers all the sounds of wasteLAND. Make sure to check back in tomorrow for another edition of our playlist mini-series!

While GA tickets are sold out, there are still a few VIP passes available, so grab them now before it’s too late. Stream the wasteLAND playlist on Spotify, and let us know who you’re excited to see in the comment section.

The Buckness Celebrates the Launch of The Wild Call Records

Keiji Sets Off on the Road to Basscon Wasteland