Since first making its debut years ago, Bass Canyon has only continued to see Excision and his team bring some of the best in the bass scene to the Pacific Northwest. While the sister festival to Lost Lands might not be as decked out production-wise, each edition has packed a punch with a stacked lineup who take the stage at The Gorge. This year, Bass Canyon is set to make its return on August 19-21 and the buzz from ticket sales earlier this year has been kicked up a notch with today’s lineup reveal.

Major artists who are set to join Excision at Bass Canyon include standouts such as Boombox Cartel, Bear Grillz, LSDREAM, Ghastly, Kayzo, SVDDEN DEATH, Subtronics, Zomboy, Virtual Riot, and G Jones – but that’s just scratching the surface on the depth this lineup brings. Other bass artists who are surely ones not to miss include Calcium, Dion Timmer, Dirt Monkey, Kompany, Spor, Zeke Beats, Jessica Audiffred, and Level Up in the top half of the lineup alone.

A dive into the undercard will uncover even more artists who are causing a stir. This includes the likes of Benda, Bensley, Blurrd Vzn, OG Nixin, Oddprophet, Esseks, and Lizzy Jane. And you can be assured that Fox Stevenson, HOL!, MUZZ, REAPER, and One True God will be throwing down some heat as well when they take the stage. Not to mention that Excision is set to play two solo sets and a b2b with Wooli to bring the heat each day – making this a dream for headbangers to attend.

Tickets and camping passes for Bass Canyon are on sale now. Head over to the official website for additional details. Will we see you at The Gorge? Let us know in the comments! 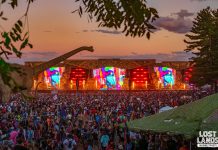 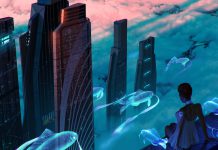 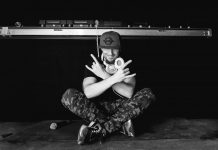