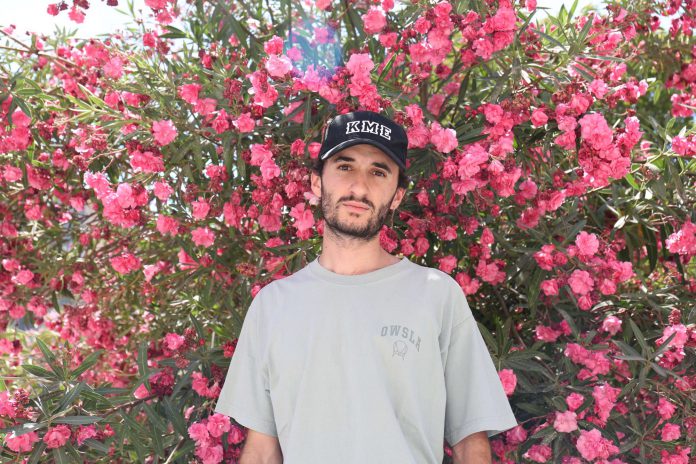 After releasing “THE CALLING,” HOL! stopped by to chat about his production process, his debut in North America, and his plans for 2022!

HOL! has amassed quite the following in a few short years and is not even close to his prime yet. The French producer came onto the scene with his spicy take on the dubstep sub-genre, riddim, and fans loved it. It’s hard not to love a HOL! track when each release is produced with astounding quality, along with hard-hitting bass notes. Tracks such as “Project 98,” “Somewhere,” and “Karate Chop” encapsulate his signature sound with their massive drums layered with crunchy synths that instantly make you want to headbang.

It’s clear to see that HOL! has a bright future ahead of him because he pushes the boundaries of his music with each release. His latest track, “THE CALLING,” is a prime example and showcases a more metallic sound from the young bass producer. Along with this release, HOL! has released on Disciple Round Table and Buygore’s FrshBlood imprint and went on to drop his debut album, Black Hole Final Chapter, in the middle of 2021.

After the release of “The Calling” and seeing HOL! ‘s trajectory in the bass scene, we knew we had to chat with him on how his latest release came out, his recent North America debut set, his massive plans for 2022, and more. Check out the release on Spotify, download or stream it on your favorite platform, and read on for the conversation!

Stream HOL! – “THE CALLING” on Spotify:

Hey HOL!, thanks for chatting with us! Let’s talk about your recent release “The Calling”. What was the process behind this release and did it differ from your previous releases?

Hi! The pleasure is mine! “The Calling” was such a fun tune to work on. It took me a bit to find my flow on this one! I went out of my comfort zone when it came to the switch and the second drop, with a more metallic/delay sound! I’m very happy about how the final sound!

One of my favorite releases from you last year was your debut album Black Hole Final Chapter. What was the process like putting that entire album together and getting those collabs together?

Thank you! Since it’s the final chapter, I wanted to make this one the best chapter out of the six! It was a lot of stress and a lot of work, I think the biggest stress I had was when my computer crashed during the making of “Project 98,” [Laughs] but I mainly have amazing memories from it!

I wanted to put together as many collaborations as possible, and it was a real pleasure working with amazing artists such as He$h, Infekt, Jkyl & Hyde, AFK, Jiqui, and Hurtbox. As for the solo tunes, my favorite part was when I worked on “Somewhere,” I think I finished the tune in like a day or two!

The album marks an end to your Black Hole series, which began two years ago as a mixtape series of unreleased tunes. Do you have any general feelings about this series ending?

I’m very happy about how the series ended, I felt like six chapters were enough, and it’s time to start a new project! This is just the beginning; something way bigger is coming!

Last month, you played a sold out show in Montreal where you played the first note of your widely popular track “Karate Chop”, and the crowd went wild. How were you feeling in that moment seeing your song have that huge of an impact?

I was just speechless hahaha, I couldn’t believe it! I ended up playing the first note maybe ten times! “Karate Chop” is the strongest tune I have in terms of emotions. It was at a time in my life where I was trying to find my sounds and my identity. I had this melody in mind for the pre-drop and got stuck for so long because I couldn’t create the right sound design for it, and one day after tweaking 484842541 things, the “Karate Chop” sound design came out! Playing this tune in front of a crowd is always such a unique experience, super grateful!

Speaking of that Montreal show, this was your North America debut. Can we expect more HOL! performances in North America/the US for this upcoming year?

I, unfortunately, cannot say anything at the moment, but expect some surprises!

Let’s jump into the origins of the HOL! project. What got you creating dance music and specifically bass music?

I’ve always loved music. I was that kid in school who was always listening to music but never realized that I wanted to do this for a living. The person who made me realize this was my older brother. He came back one day after a show (of Jauz) and showed me all these videos of the concert, and I instantly knew that this was what I wanted to do! The next day I got myself the demo of FL Studio, and we started doing some kind of competition where we had to make a tune in 10 minutes and then compare it. [Laughs]

You’re in a duo with your brother, Hurtbox, called Stranger Twins. Do you ever feel like there is any sibling rivalry between the both of you when creating new tracks?

I love working with my twin. It’s always a lot of fun, to be honest!

You also recently mentioned on social media that you are currently working on the biggest project you’ve ever done. Without giving it away entirely, could you give us a preview of what it is and if it is coming in 2022?

Yes, it will come out in 2022, and let’s say that the black hole chapters were only the beginning. But I can’t really say anything at the moment!

With the new year upon us, do you have any goals you would like to achieve in 2022 that you are already thinking about?

Working even harder and eating healthier. [Laughs] Thanks for having me. It was a pleasure!

Connect with HOL! on Social Media: 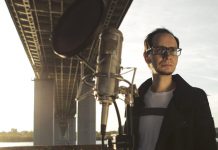 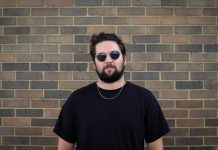 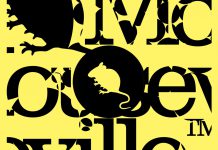