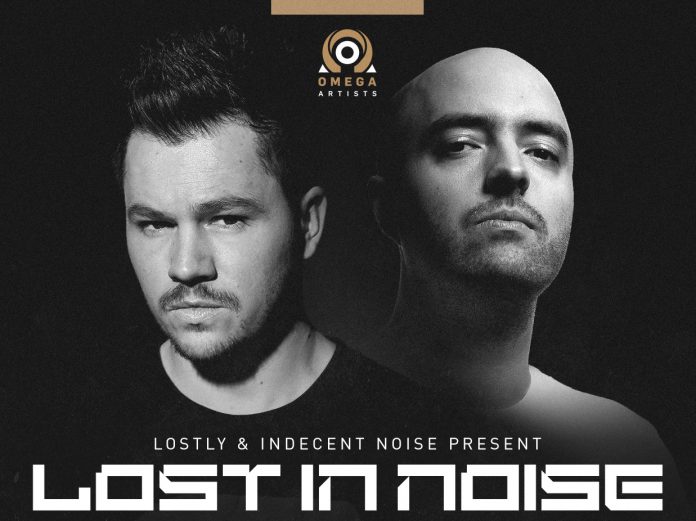 Lostly and Indecent Noise combine their talents and team up for their new project called Lost In Noise!

Throughout the years, Indecent Noise and Lostly have carved their own paths on a mission to control the airwaves while creating individual dance floor dynasties that trance revelers just simply cannot get enough of. It was only a matter of time before these two dance music dynamos would throw all caution to the wind, linking up to establish a brand new moniker that is on its way to change the game as we know it. Welcome to a new sound awakening dubbed, Lost In Noise!

As close friends in the scene, Indecent Noise and Lostly have always made it a point to hold each other high as they inspire and motivate one another’s individual missions and creative paths. Strengthening their bond together as one unit of sound seemed like the most obvious choice as, throughout the years, these two have become an inseparable and intensely important part of their respective personal growth.

As Lostly has mastered the art of incorporating a broad array of electronic dance music genres that blur the lines and laughs in the face of monotony, Indecent Noise has stolen the crown for delivering us to the asylum with tech soaked masterpieces that are not for the faint of heart. Together, there will be no stopping them as two friends take to the stage to dish out a brilliant collision of sound that will control the night and set your mind into a full-on tailspin.

Saturate yourself in the sounds of Lostly and check out his second artist album Spotlight which hit the airwaves this month!

It was a random off the cuff suggestion that lingered in the minds of these two megastars, lighting a fire deep within that just couldn’t be shaken.

It all began with a little bit of history. Remixing each other’s tunes and intertwining their individual flavors on some seriously epic collaborations including what can now be considered a nod to their future endeavors with 2014’s “Lost In Noise”,  Indecent Noise and Lostly, whether they knew it or not, were ultimately setting the stage for what would lead us to the present. Although we don’t know all the details just yet, what has been revealed is that through a simple suggestion, a seed was planted.

Standing at the precipice, Indecent Noise and Lostly have made the leap, teaming up and preparing for very special and wildly exclusive back to back performances.

Their goal is to take show-goers on the ultimate ride of musical bliss. Not wanting to be just another standard back to back, Lost In Noise is its own animal, offering up exclusive material that you will not hear anywhere else. In fact, the duo has already completed a few original productions and remixes and are working on so much more to build an experience that fans will never forget.

Now, with any fresh new project comes the desire to debut at the perfect time and the perfect place. For Indecent Noise and Lostly, the answer to where they will first unleash the chaos was simple. You can catch Lost In Noise for the very first time at the most celebrated trance event on the planet…Luminosity Beach Festival 2018 in Amsterdam!

Tickets to see Lost In Noise in action at Luminosity Beach Festival 2018 are on sale now but are fast on the way to selling out! So, it would be wise to grab your tickets now while you still can!

Connect with Lostly on Social Media: