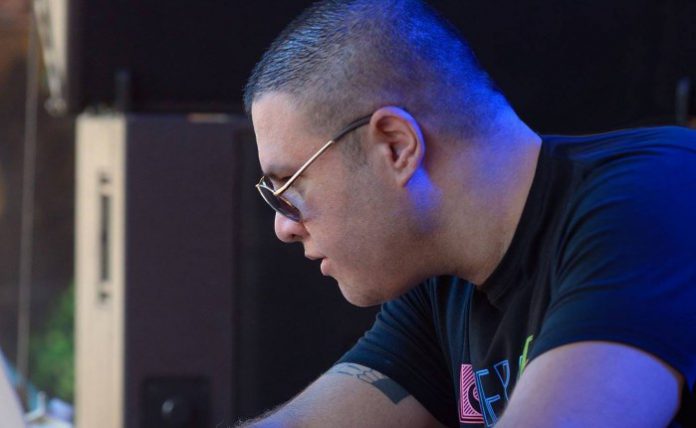 Each week, we will feature bios of DJs who will take the stage at Dreamstate SoCal this year, as well as some beats to help familiarize you with their work. Next in our series is… Symbolic!

Do you love your beats straight out of an alternate dimension? Then look no further than the eclectic sounds of Symbolic!

What began as a collective project in 2011 by Ilan Shemi and Oshry Ben aka DJ Osho, has since blossomed into a progressive psytrance force to be reckoned with, as Ilan Shemi takes the spotlight as the current face of Symbolic. If we take a look at their history together, DJ Osho revealed that a bond was quickly established since their days of serving in the Israeli Army. Sharing a passion for the dynamic sounds of trance, the two would ultimately join together in the studio and the rest is musical history!

Since the moment they stepped out into the scene, trance fans were blown away by the unique power behind their heavy bass lines, crunchy grooves, and mechanic rhythms, setting the stage to garner some serious attention from labels and the industry elite.

Their first signing, “Crystal Clear”, was picked up by Iboga Records and included in the compilation album Dance Computer, compiled by none other than psytrance mega star Ace Ventura. It wasn’t but a short time later that they would release their remix of Ace Ventura and Rocky’s “Dr. Lupo,” which stole the number one spot on the Beatport psytrance charts becoming the anthem for dance floors all over the planet! 2013 would prove just as fruitful as Symbolic would release their Prime Time EP on Iboga Records, made together with Ace Ventura and landing Beatport’s Top 10 Psy-Trance tracks of 2013.

Still a proud member of the Iboga Records family today, Ilan Shemi continues to grow the Symbolic name delivering earth-shattering productions all the while brushing elbows inside the studio with the biggest players in the game including Avalon, Zen Mechanics, and Sonic Species, just to name a few. And outside of the studio, Symbolic hits the ground running with one purpose in mind: to rock fans to the core with unique alienistic beats that cut deep!

Connect with Symbolic on Social Media: