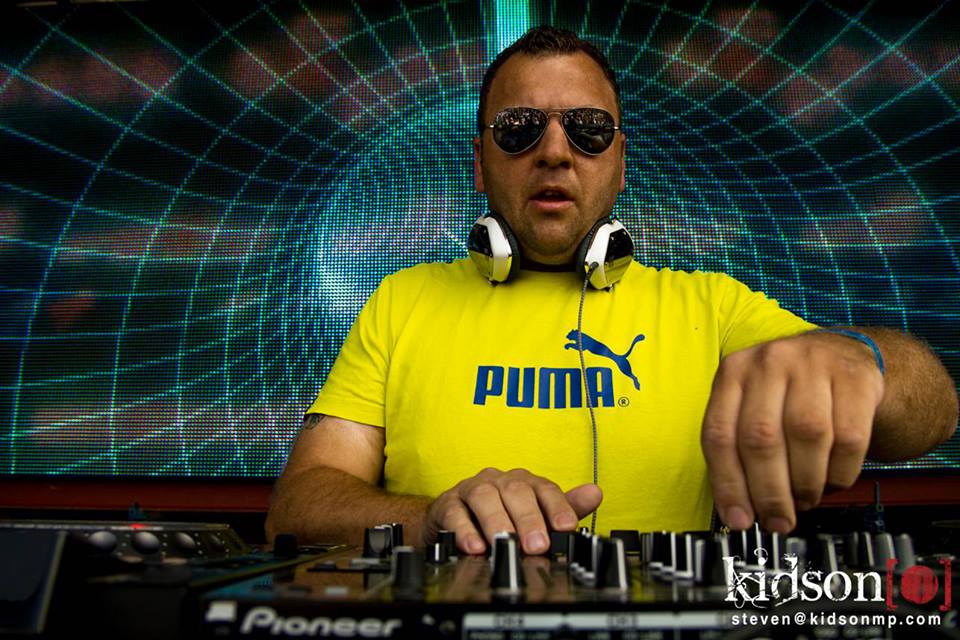 In honor of #TranceGiving, aka Dreamstate SoCal 2016, we want attendees to have the opportunity to get to know the talent who will be our “Trancegiving Tour Guides”. Each week, we will feature bio’s of four Dreamstate DJ’s as well as a set from one of their latest events or some recent releases so you can get to know them better. Next in our series is… M.I.K.E. Push!

Since the early 90’s M.I.K.E. Push has been a beloved staple of the international dance music scene. Born in Antwerp, Belgium as Dirk Dierickx and later changing his name to Mike, he discovered his passion for music at the incredibly young age of 11. When he discovered the wild world of samplers and keyboards he just had to get in on the action! By the time he was 18, Mike finished his very first demo tape that laded in the hands of the big dogs over at USA Import, an Antwerp based record company. Shortly after, his first record, “Vision Act” was released on the Atom label in 1992. And by 1996 he was signed with Lightning after a slew of successful record releases.

By 1998 Mike’s track “Universal Nation”, under his Push alias (as he has had many aliases in his time) came to fruition and instantly became one of the most celebrated singles in trance history! The track won several dance awards and is recognized as one of the best classic dance productions of all time to date! In fact, the number 1 position of the song in worldwide dance charts helped put the Belgian dance scene firmly on the map. He would follow “Universal Nation” up with “Strange World” and just like its counterpart the track would receive major airplay at clubs all over Europe. Mike was certainly on to something. He had a gift and everyone was focused in his direction.

Soon “The Legacy” would be born and once again Mike’s artistic expression would not go unnoticed, topping the charts again landing a #21 spot on the British National charts. Over the years Mike received several music awards including best club singles and best dance-producer and entered the national top 40 in the UK 6 times. In no time Mike was invited to DJ at some of the best venues in the world, including Gatecrasher and Godskitchen in the UK, Fura and Velfarre disco in Japan, Dance Valley and Trance Energy in the Netherlands, Spirit, Spundae and Tomorrowland  (Push was headliner of the first edition in 2005), and has had residencies in Godskitchen and The Gallery in London.

Fast forward to recent years and Mike Push, now spelling his name M.I.K.E. Push has brushed elbows and created dance floor fire starters with the direction and influence from some major players in the scene. Some of these influences include High Contrast, Sony, Armada Music, Universal, Black Hole Recordings, Damaged, Bonzai Records, Armin Van Buuren, Ferry Corsten, Moby, Markus Schulz, and Rank 1. His style is trance with a bit of tech around the edges for flair. His records ‘From Beyond’, ‘World Citizen’ and ‘Electric Eclipse’ all have received critical acclaim and today he is just as relevant as ever. Most recently he has gifted the world with “Nova Artes”, a beautiful expression showing us who M.I.K.E. Push is an artist. “Infinite Lives” is another great release as of late and another great example of his talent as we see him  return on the Future Sound of Egypt with his follow-up to “Night Shades”.

Dreamstate attendees better strap themselves in tight for this one come the end of this month! M.I.K.E. Push is a true electronic dance music God Father and speaking from personal experience I can promise you that his set is going to lift you right off of the ground and send you into a beautiful tailspin. Are you ready? Just a couple more weeks until we all meet once again for our beautiful reunion and homecoming!

To get us ready for M.I.K.E. Push’s set check out his live set from Tomorrowland, Belgium 2016 on SoundCloud: