Brownies & Lemonade Celebrates a Decade with Ten For Ten Mix 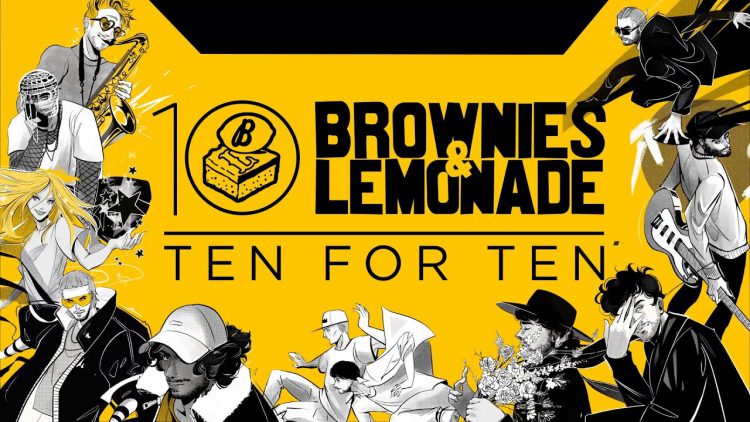 To say the past decade has been epic for Brownies & Lemonade would be an understatement. From their early days throwing shows in Los Angeles and taking over stages at festivals like Ultra Miami to going international and hosting their own weekend-long experiences, there’s just something special about what Team B&L has created. Not to mention that this didn’t slow down during the pandemic as they crafted some special live streams that captivated hundreds of thousands of dance music lovers around the globe – and on top of that, they’ve begun throwing some insane underground parties now that shows are back in action.

Before Brownies & Lemonade embarks on the next chapter of their story, they have one final gift for their faithful followers before the end of the year – a special mix dubbed Ten For Ten. This 100-minute long ride packs quick ten-minute mixes from ten artists who represent the past, present, and future of B&L. Artists who joined in on the fun include Alison Wonderland, GRiZ, ISOxo, Jai Wolf, Louis The Child, Madeon, San Holo, Wax Motif, What So Not, and Wuki, who have curated over 100 tracks.

Related: Want to dive deeper into the minds behind Brownies & Lemonade? Check out our interview with them!

Each of these artists has grown alongside Brownies & Lemonade, and the mixes are all stacked one upon each other to make for a unique listening experience. And with the inclusion of art direction from Sydney Jones and the visualizer from Spaceman Visuals, it’s easy to follow right along with who is spinning the tracks at the moment.

Listen to Brownies & Lemonade: Ten For Ten [Ten Year Megamix] on YouTube and stay tuned for more from Team B&L as they gear up for another epic run in 2023!