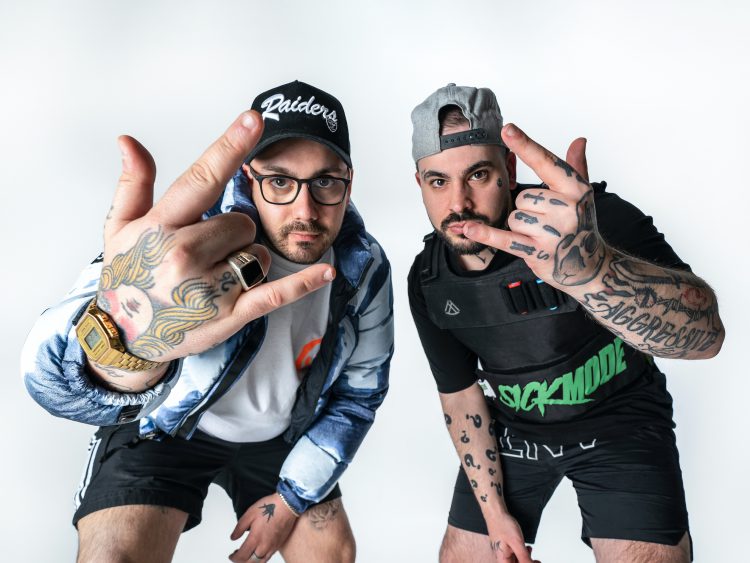 After a successful run of festival appearances, Rooler and Sickmode release the highly-anticipated sophomore volume of WELCOME TO THE GANG.

From becoming a bedroom producer to having contagious on-stage energy, Rooler always gets the party pumping. This crowd controller has gained massive recognition in the scene with his hits like “YES!” and “Survive The Streets” while gracing the stage at some of the largest hard dance events, such as Defqon.1, Qlimax, and more. Sickmode has also caused quite a stir in the scene with his game-changing music that continually leaves fans shocked to their core whether he’s playing solo or with others – so when the two began to collaborate, it was a match made in hard dance heaven.

The co-CEOs of Aggressive Records saw huge success when they collaborated on WELCOME TO THE GANG and tracks in the “TOO” era. This culminated last month when the two artists hosted their first 10-hour daytime event that bore the same name as the EP, which doubled as a way to build anticipation for the second volume of the series that has landed today.

In the continuity of their “Too” saga, the lead track, “TOO HAPPY,” was born out of Sickmode and Rooler’s promotion of spreading good vibes and happiness. Featuring euphoric buildups and jolly lyrics, this track acts as the perfect introduction to the EP to welcome you all to The Gang. This song tells everyone to “dance all night long” and proceeds to drop bass-heavy kicks between the entertaining vocal samples, and its kick roll-worthy drops definitely don’t disappoint.

Previously unreleased gems “DOWN DOWN” and “BACK TO THE ROOTS” feature weighted basslines along with potent kicks. Featuring a raw-euphoric first drop, “BACK TO THE ROOTS” isn’t afraid to echo the bliss of “TOO HAPPY.” Its second drop, in addition to the entirety of “DOWN DOWN,” push the limits of hardstyle standards showing a rougher edge as they “never give a damn.”

As one of the most played songs at hard dance sets this past summer, “CLUB BANGER” is a perfect addition to the tracklist. The hit tune has been played out worldwide by several artists at Tomorrowland and Defqon.1 to Knockout Outdoor and WAR Festival. This massive hit tells you to “hit the club” with its energetic synths and hard-hitting kicks. Although this banger likely won’t be played at the local bar or club, this track will for sure get you moving with its vigor.

Another highly anticipated collaboration, “NO ONE IS LIKE US” with Sefa and Levenkhan, was dropped at Qlimax this year. If you have the need for speed, this melts the unique styles of The AR Gang with the Frenchcore sounds and tempo. Increasing the tempo, this song also features a gratifying, bass-heavy moment of uptempo that is sure to wreak havoc on festival stages next season.

WELCOME TO THE GANGE VOL. 2 is a party-starting, bass-heavy EP that features The Gang collabs that will blast the speakers and get everyone up and moving. Not only did Sickmode and Rooler work together for this collection of heaters, there Sefa and Levenkhan collaboration will send shockwaves through the scene. Make sure to get “DOWN DOWN” with all the club bangers on this EP on your preferred platform, and don’t miss them in 2023, as they will surely increase their momentum.

Stream Rooler and Sickmode – WELCOME TO THE GANG VOL. 2 on Spotify:

Hysta Opens Up Her Hardcore Heart to Share Inspirations and Goals

Fox Stevenson Battles Against His “Enemy Brain” on Latest EP