The People of Tomorrow made a booming return to the mecca of music festivals, Tomorrowland, after a two-year hiatus.

Tomorrowland drew in thousands of attendees from across the globe to celebrate with various electronic music styles as the festival marked its grand return to the forefront of the scene. Widely known as one of the best dance music festivals on the planet, it brings impressive lineups and jaw-dropping production to match its high status. This year, akin to previous editions, promoted a theme, Reflection of Love, but unlike previous years, Tomorrowland hosted three magical weekends instead of two to celebrate its return.

After plenty of anticipation for the first in-person edition in two years, attendees from over 200 countries made their trek to Boom, Belgium. Despite the excitement, some issues got attendees off to a rocky start. Refunds, organization problems, and lack of communication created a mess before the festival’s commencement. But upon arrival and having to drag all belongings to the Friendship Garden area on the second weekend, check-in and wristband retrieval went efficiently.

Each wristband was virtually linked to your camping ground, so access to each area is secured by the wristband scan gates at each camping area. The Friendship Garden offers additional perks, such as a large canopy and assigned camping site, so there is no rush to get in early for a better spot. In addition, all campers have access to DreamVille with its food, bar stands, shops, and grocery store. The DreamVille shops featuring clothing brands, jewelry boutiques, the unique grocery store, hair salon, and makeup desks make this festival one-of-a-kind.

To make purchases in DreamVille and the festival, in-festival currency “pearls” are electronically loaded onto each wristband. Pearls can be loaded either online or in-person at designated stands. One pearl was roughly equivalent to €1.67; however, before the event, two bonus pearls were added if the transaction exceeded €100.

The Gathering on the second weekend started the party early with Divs at the DreamVille stage.

The Gathering is a special day of sets exclusively open to DreamVille camping attendees. Most sets earlier in the day consisted of house and mainstream electronic music, such as Odyssey and Robert Falcon. Later that evening, Mandy increased the tempo with harder styles. While she featured popular tunes in the scene in her set, it stood out due to its high-speed energy. After, Makasi brought a broad range of genres, and Wolfpack played popular heaters.

Following all released names at The Gathering, the first surprise act, Sunnery James & Ryan Marciano, brought their ground-shaking tribal-laden house beats for the first night of celebration. Closing the party was the second surprise act of the night, Da Tweekaz, who brought even harder sounds and higher BPMs. In addition to hardstyle bangers, the Jägermeister-crazed duo blasted a GPF track for added madness.

Friday opened the festival grounds with hosted stages from Barong Family and EXHALE.

For the first time, weekend attendees could experience the jaw-dropping construction of the main stage in person. Not only did the main stage have amazing looks, but the festival grounds and every other stage also brought show-stopping light shows and production. The Library, a downsized version of Tomorrowland 2019 mainstage, was on-theme with books, one of which honored beloved producer Tim Bergling (Avicii). Not far from there, the Crystal Garden brought several water fountains behind the decks and floral hangings of pink and purple flowers above the audience.

Rose Garden was hosted by the limitless, genre-fluid label Barong Family. Bringing a high tempo set amidst the rainy weather was RayRay. Following her set of harder sounds, Yellow Claw played as their tech house alias €urotra$h for its first appearance at Tomorrowland. The party didn’t stop there as Moksi brought the bass house sound to the stage. Following this high-energy set, Yellow Claw promoted how genre-fluid the label was with trap bangers, hard dance records, and bouncing techno.

Closing out the Freedom stage with his famously known production, Eric Prydz showed the festival an insane amount of lasers and LED screen animations during his HOLO set of progressive house and techno. In addition to the Freedom stage, the Atmosphere stage hosted by EXHALE dazzled attendees with a ceiling vortex of synchronized lights and jaw-dropping lasers that surrounded the audience. Here, Amelie Lens closed out the night with some stunning techno tunes.

Tomorrowland offered plenty of food options and exclusive restaurant experiences that could be reserved prior to the event at scheduled times.

An overwhelming variety of food options can be found at Tomorrowland while wandering the grounds, from Asian cuisine, Italian food, and Belgian fries to Indian curry, kebab doner, and Greek food. Most notably, the Banh Mi sandwiches and lasagna were exquisite. The endless options for food could be enjoyed in areas like those in front of the Freedom stage, which consisted of a circular waterfall structure from the ceiling of the pavilion.

Although reservations allowed guaranteed entry to the restaurant experiences, admission to these opportunities could be purchased on-site on a first come, first served basis. Most notably, Mesa was in an exclusive comfort area, hosted previously where the Q-dance stage was, and attendees had the choice to purchase a meal sat with a fantastic view of the main stage at the Tomorrowland Restaurant.

The exploration of the venue early in the day led to our discovery of the CORE stage – reminiscent of the forest – and The Cage underground indoor stage amazed us. Providing a stunning backdrop at the Library, Dombresky brought the house heat to Tomorrowland’s second biggest outdoor stage.

Following these sets, we headed to the Freedom stage hosted by Q-dance, who presented world-renowned artists to their lineup. Sub Zero Project spun several tracks off their newly released Renaissance of Rave album. D-Sturb brought the energy with old and new rawstyle tracks he is known to play. Rebelion played a standout set of older tunes and unreleased records, bringing the high-intensity heat with their distinct kicks and emotional vocals,

Opposing the tranquility of Crystal Garden, Jauz and NGHTMRE played a bass-heavy set to close out the stage. This set consisted of exclusive mashups and unreleased songs amid headbanging hits. Closing out the night over at the Q-dance stage was Partyraiser, who turned up the tempo to high-intensity hardcore kicks and gathered the dedicated hard dance fans. Drawing in an overflowing crowd at the Atmosphere stage, Charlotte De Witte ended the night with bass-heavy, acid techno.

Sunday drew in bassheads and techno lovers with takeovers from Monstercat and Drumcode.

Not only were temperatures significantly hotter, but the artists invited to play at the Youphoria stage hosted by Monstercat turned up the dial even more. Kompany delivered plenty of dubstep tunes while Habstrakt got everyone’s feet shuffling and grooving on the dancefloor with bass house hits. Turning up the volume, Eptic brought pure madness with his standout set that had the crowd lifting and slamming the rail with every headbanging beat. Closing out the Monstercat stage, Feed Me brought an eclectic mix of his classic hits, bass-heavy DnB, and electro house, drawing a dedicated and intimate crowd.

Over at the Atmosphere stage hosted by Drumcode, HI-LO, the techno alias of Oliver Heldens, got the crowd moving with deep, dark basslines. Maintaining the darkness in techno beats, Nicole Moudaber brought her percussive sounds as her signature raven hair bounced at the decks. To close out the stage, Adam Beyer and Maceo Plex went b2b with an epic mix of vocal-heavy tracks, a broad range of industrial kicks, and acid-techno bass.

Closing weekend two of Tomorrowland, Martin Garrix ended his set with a bang of fireworks and anthems like “In the Name of Love.” As the final tracks of the festival were played, a long line of Tomorrowland characters dressed in white and gold lined single file along the entire stage for an epic display during the firework show. Quickly following Garrix’s last song, the end show closed out the festival with a booming monologue giving us hope and reflection.

The second weekend of Tomorrowland flew by in the blink of an eye.

Although the weekend flew by, every set and every memory made couldn’t have been more perfect. The food and drinks, organization, production, and the overall festival experience blew most festivals out of the water. Packing up Monday morning and leaving DreamVille had us anticipating the possibility of attending next year’s edition.

Outside of the volume at stages being low earlier in the day, showers costing pearls, and minimal end show, Tomorrowland is one of the best festivals to experience both for veterans and those new to the scene. This festival drew in so many cultures and people from across the globe united by electronic music and is sure to keep expanding in popularity and insanity of production each year.

Similar to previous years, tickets for the next edition in 2023 are sure to go on sale early next year. Make sure to keep posted to see the after-movie that will be available soon for a vibrant taste of all the action! 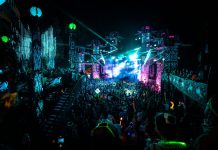