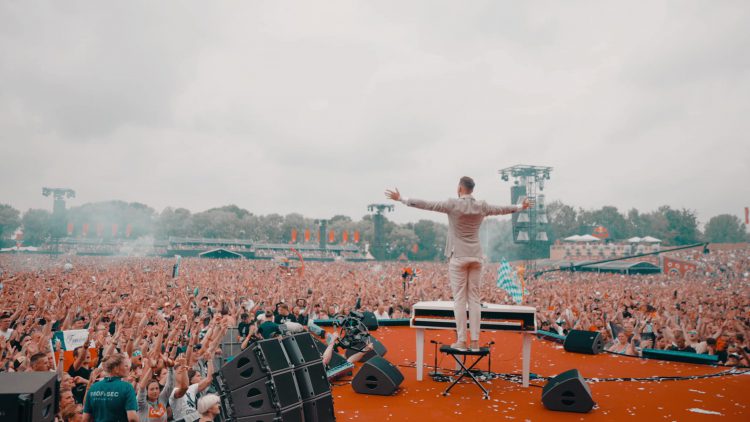 Earlier this year, Defqon.1 Weekend Festival made its glorious return after two years of constant battles with government restrictions and lockdowns. For the first time in the festival’s history, there were four days of pure madness which called for more stages, bigger experiences, and a larger lineup. Among all of the chaos, Q-dance was able to present fans with arguably the most anticipated set of the weekend, This is Sefa, at The Opening Ceremony.

Weekend Warriors in attendance were witness to an unforgettable set from the fastest-growing hard dance act ever. Nearly six months later, fans of the harder styles are still asking for the beloved set, and today, Q-dance finally acknowledged this great fan response in the form of an announcement for a brand-new documentary, Sefa: Road to Defqon.1.

In this documentary, fans will be able to experience every piece of the journey from the making of the album to the live presentation at Defqon.1 Primal Energy and everything in between. In Sefa’s own words, this documentary’s purpose is to “show Sefa from the past. [To show] that the doubts he had back then can be taken away later.” In addition to the premiere of the documentary, Q-dance will also premiere the live performance of This Is Sefa from The Opening Ceremony at Defqon.1 Primal Energy.

The event for the world premiere of Sefa: Road to Defqon.1 and This Is Sefa will be held at Pathé Leidsche Rijn in Utrecht, Netherlands, on December 15. If you want to be a part of this event, tickets will go on sale on December 1 on the Q-dance website. Make sure to set your alarm, as this will surely be a can’t-miss event for any and all fans of the prodigy, Sefa!

Watch the trailer for Sefa: Road to Defqon.1 on YouTube: