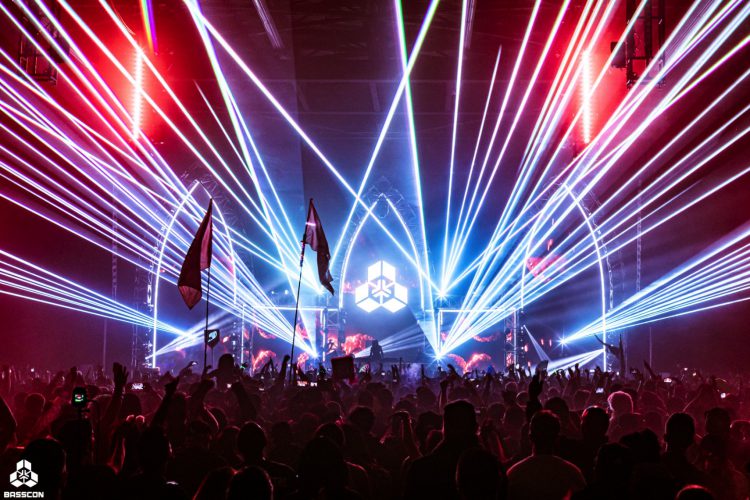 Basscon is celebrating a decade with Da Tweekaz, DJ The Prophet, TNT, Junkie Kid, and more being enlisted for Basscon Wasteland 2023.

As the hard dance genre continues to steamroll through America, there’s been one constant for the past ten years Insomniac Events’ Basscon. Basscon has been putting on quality hard dance events for an entire decade, mainly in Southern California but has touched other regions such as EDC Las Vegas and the East Coast. Luckily for fans, the hard dance beast has been on a hot streak this year, and the best is yet to come. Up next on their path of destruction is America’s premiere hard dance festival, Basscon Wasteland, on February 24-25.

Today, Insomniac Events unveiled the lineup for Basscon Wasteland. As Basscon celebrates ten years of greatness, they didn’t hold back on the lineup, which features two days of hard dance legends like DJ The Prophet, TNT, and Audiofreq, as well as the hottest in-demand acts from Europe and Australia like Ben Nicky presents Xtreme, Da Tweekaz, Code Black, and Coone.

Related: Want to get a taste of the Basscon Wasteland experience? Check out our review of the most recent edition and dive into the madness.

Admittedly, last year’s edition fell a bit flat in terms of booking new stars that fans have been clamoring for, despite promising a new era, and the upcoming edition conveys a similar feeling. However, this year’s edition of Basscon Wasteland features some of the best artists holding it down for American Hard Dance, including Lady Faith, Lucky Rabbit B2B Keiji, Mrotek, and Rob GEE, along with one of Mexico’s best in Junkie Kid. Of course, it wouldn’t be a hard dance festival without proper hardcore representation, so Basscon has fans covered with extreme sets from DJ Anime and Deadly Guns.

There’s no doubt this festival is shaping up to be a very special occasion and must-attend for all hard dance lovers in the States. In addition, fans finally got a brand-new stage setup for Basscon Wasteland last year, and it’s going to be incredible to see the cathedral again in all of its glory.

Tickets are now on sale with two-day GA passes for Basscon Wasteland starting at $130, with VIP passes available for $160 that will give added amenities such as expedited entry and exclusive viewing areas. Head to their website for more details, and grab your passes via Front Gate when they become available to support the hard dance movement taking America by storm.