Insomniac Music Group had one of their biggest years yet and helped push dance music forward with new releases, events, and imprints.

In 2018, Insomniac decided to dive even deeper as they announced the creation of Insomniac Music Group to further strengthen the behemoth brand’s reach within the dance music world. This decision elevated their record label, Insomniac Records, and expanded it to become a network that includes A&R and distribution services for its in-house imprints and joint venture artist-driven ones as well.

One of Insomniac Music Group’s biggest strengths is its ability to house many smaller imprints as part of the bigger brand, providing a home for specific genres and ensuring that they get some love. These include the hard dance-focused Basscon Records, the bass-fueled Bassrush Records, and IN / ROTATION, which highlights up-and-coming and existing house artists in the scene.

On top of these are the artist labels under Insomniac Music Group, such as Chris Lake’s Black Book Records or NGHTMRE and Slander’s Gud Vibrations. When you think of your favorite releases from this year, there’s a good chance they were released under the Insomniac umbrella of labels.

Looking to add to their offerings even further, Insomniac created Lost In Dreams and Factory 93 Records this year and gave a home to an even wider range of genres.

Lost In Dreams showcases tracks within the future bass, melodic dubstep, and pop/electronic range from artists like Kaivon, pluko, yetep, Elephante, and more. Additionally, Insomniac doubled down on this new imprint with the debut of Lost in Dreams Festival in October of this year.

On the flipside, Factory 93 Records is the new home for the underground sounds of house and techno and has had releases from Shiba San, Spencer Brown, and Eli Brown, to name a few. On top of this, they have taken their original Factory 93 shows to the next level and were able to get some massive shows together with legends like Carl Cox, Boris Brejcha, and Nicole Moudaber.

After a year without most festivals and club shows taking place, Insomniac Music Group came roaring back in 2021.

While Insomniac did a fantastic job providing virtual rave-a-thons and unique experiences like Electric Mile throughout quarantine, but nothing could compare to an actual festival. This year, however, events were plentiful. Insomniac Music Group showcased their artists through label showcases and stage takeovers at festivals such as EDC Vegas, Countdown, EDC Orlando, and Beyond Wonderland SoCal.

Their EDC Week Insomniac Records Pool Party at Encore Beach Club was massive. It featured sets from John Summit, Noizu, LP Giobbi b2b Born Dirty, Matroda, Westend, and Honeyluv – all of which have released tracks on an Insomniac Music Group imprint. LP Giobbi, who has played plenty of Insomniac shows, was ecstatic about being able to play her track, “24“, with Born Dirty during this b2b set.

All of these events and new imprints would not be possible with the actual music and Insomniac kept the releases flowing with a staggering 464 tracks released in 2021.

These included massive tracks such as “Acrobatic” by SIDEPIECE, “Headrush” by MEDUZA, and Matroda’s “Gimme Some Keys” – to name a few. Additionally, there were remarkable full-scale EPs like Noizu and Dombresky’s Revival EP and, more recently, Bleu Clair’s Prelude EP.

Bleu Clair himself loved how Insomniac gave him a platform for his favorite release of the year, stating, “It was my biggest project to date, and I think that EP really encapsulates how Bleu Clair’s music will be in the future. Grateful to be a part of the Insomniac family and not only release my music with them, but also play out the records at the shows to the fans.”

They do not shy away from pushing their brand forward and expanding into uncharted territories, whether new genres or even brand new events. While Insomniac Music Group has had its best year to date in 2021, we are sure they will continue to shake up the scene in 2022. 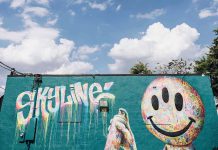 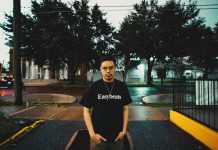