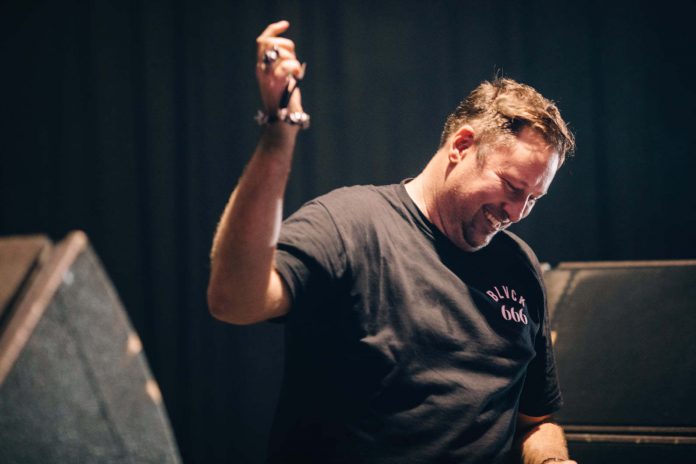 UMEK delivers two new tunes on Navigating, marking his first EP release of the year on his renowned imprint 1605 – and it’s a heater!

When someone says techno, UMEK should be one of the first names to pop in your head without hesitation. A leader of the underground dance music revolution in his home country of Slovenia, he’s become revered around the world as a techno ambassador. Over the past few decades, he’s thrilled fans with his Behind The Iron Curtain radio show, built a king-sized discography within and beyond his label 1605, and founded a music-tech startup called Viberate – and that’s just a drop in the bucket.

The legend continues to lurch forward on his quest to spread his brilliant music far and wide with the unveiling of this 2-track EP, Navigating! This package comes shortly after the release of his amazing remix of “Red Herring” by Union Jack and stands up to the hell-storm that brews deep in his 2020 offerings like Cybernetic Implant, Intricately, and Predator. In welcoming the new year, UMEK has decided to flip the script and go old school, incorporating some breakbeats and classic hoover synth arpeggios seen in some of his earlier work, shooting us straight into a state of nostalgia.

Grab your copy of Navigating on Beatport, stream the EP below, and continue on for my take on the tracks. As always, let us know what you think of the music in the comment section!

While some elements send us on a backward trajectory, UMEK makes Navigating burst with future-forward dark energy.

The title track begins with a hammering bassline and my brainwaves immediately need to adjust as the aggressive electricity shocks my system. I feel like I’ve been kidnapped from my living room and dumped off at an illegal rave. The raucous synth vibrations fling the sweat off of the undulating bodies that surround me. The room’s incredibly dark except for a lone strobe light that casts eerie shadows along the walls, messing with my mind. It feels like everything is breathing, both living and innate. Ultimately, the unforgiving tempo inspires the euphoria to reach its peak as strangers and friends intertwine.

“Killer” knocks me on my butt immediately. Between the hardcore bassline and haunting retro synth stabs, my psyche gets spun into a frenzy. But, UMEK doesn’t stop there. He goes in for the kill with some breakbeat action and a vocal clip that sends the hairs on my arms to reach for the sky. As the track ebbs and flows, I find myself locked in a nightmare realm, but for me, I consider this paradise. All I want to do is dance like there’s no tomorrow and groove straight into cardiac arrest. Considering the title, he did what he came here to do.

While those words may be all fun and games, on a serious note, UMEK’s a musical genius no question about it.

UMEK’s an outside-the-box thinker, always keeping things interesting and fresh, and shocking me every time I listen to a new track. When it comes to this package, Navigating hits the spot, delivering the true essence of the underground no matter what the era. He weaves in sounds from many moons ago while remembering to keep it hellishly bold and relevant for what ravers crave in the here and now. UMEK music is a force like no other, and I can’t wait to see where he takes us next.