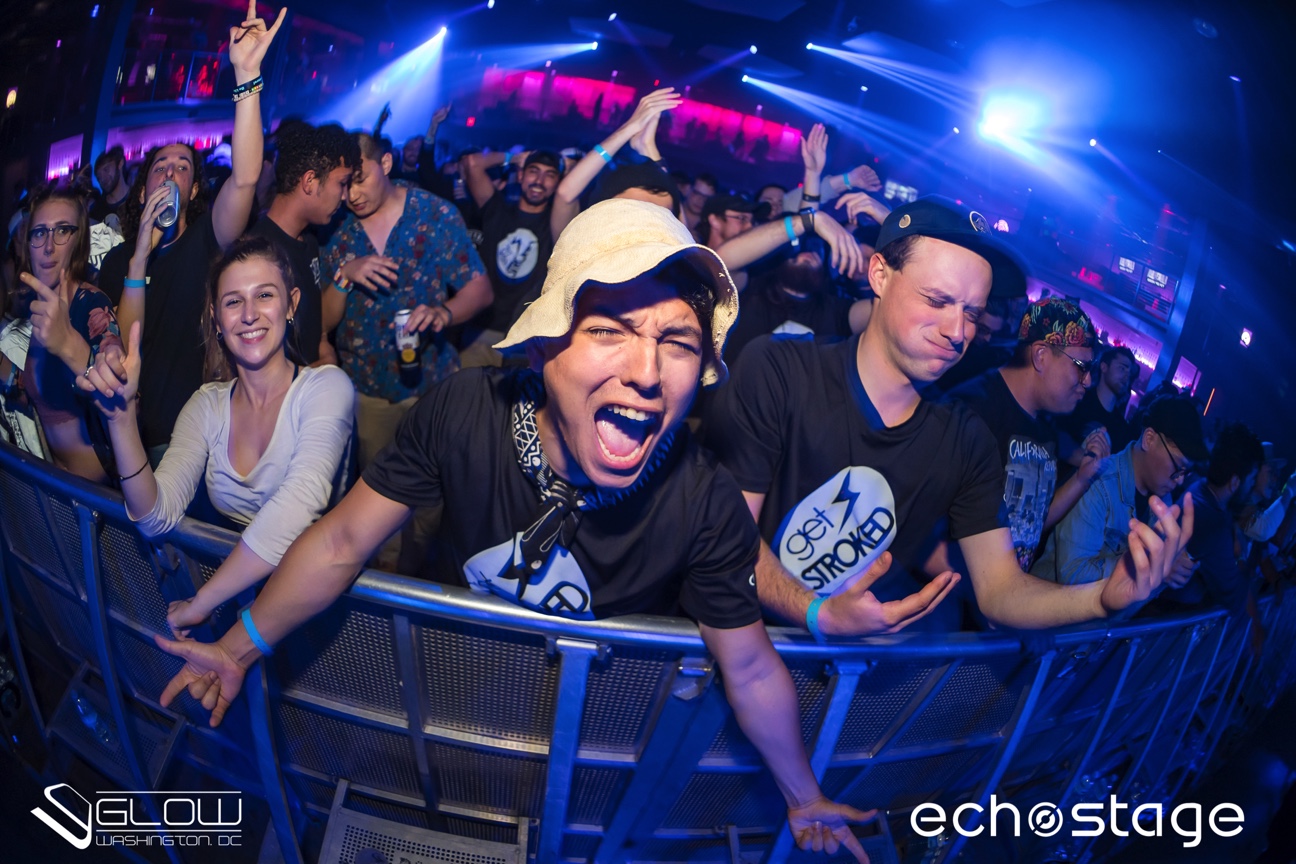 The Dirtybird Players and Claude VonStroke are preparing to embark on their fall tours with lineups that will have you ready to bust a move!

This fall, the Dirtybird Players are preparing to take over a venue near you with four star-studded lineup’s that will inspire you to leave it all out on the dance floor. Driven by a legacy that illuminates both seasoned Dirtybird veterans and up and coming superstars, these parties have become a welcomed mainstay in the house music scene. It really isn’t a mystery why members of the flock have been highly anticipating this announcement.

Set to kick off in Brooklyn on October 26, Warehouse of Horrors will offer up a spooktacular array of body bumping beats from the likes of Claude VonStroke, Justin Martin, Justin Jay, and VNSSA. From there, the tour will move across the country over to Caesar’s Entertainment Studios in Sin City where VNSSA and Papa Claude will be joined by the incredibly talented J.Phlip, Walker & Royce, and Christian Martin.

Can’t make it to those two events? Well have no fear because Dirtybird Players continues the takeover at Arizona’s Rawhide Event Center. There, they’ll be throwing Shiba San, J. Worra and Frank Terry b2b Ghost Effect into the mix for a night full of subterranean rhythms and quirky vibes that will set your mind right! Finally, the brand heads back to the east coast for a three-act extravaganza at Echo Stage featuring Claude VonStroke, Shiba San, and Walker & Royce!

Tickets for Dirtybird Players go on sale August 22. Read on for individual ticket links and a full list of stops for both tours as well as Papa Claude’s personal tour dates as well! 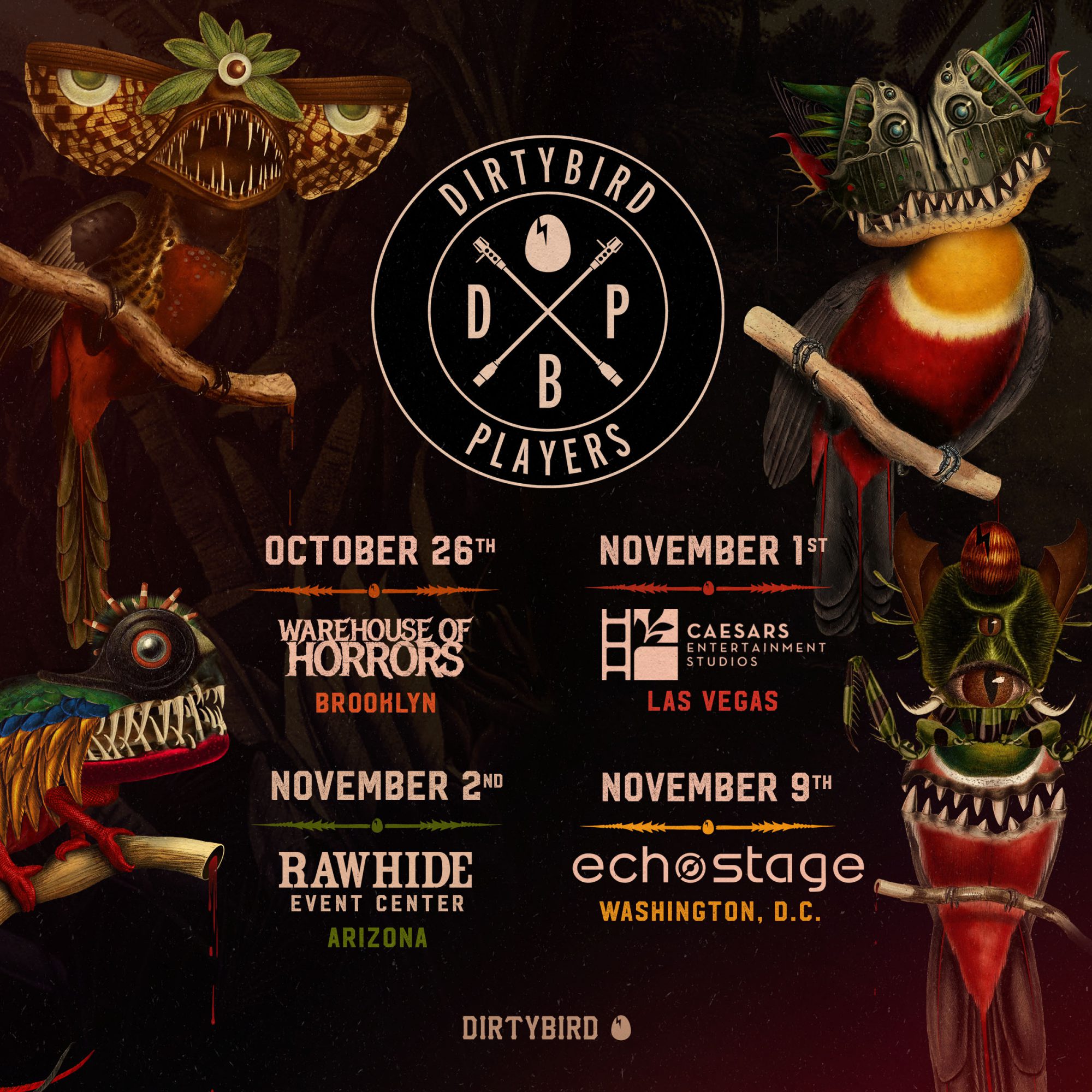 As part of the Dirtybird Players announcement, we would love to turn your attention over to Claude VonStroke’s personal tour schedule as well!

As the season’s change, Claude will begin his fall quest at the second edition of the Birdhouse Festival in Chicago, bouncing all over the country as he touches down in cities that include Miami, Portland, Boston, Vancouver, and so many more!

So, if you are a fan of everything unpretentious and fueled with an uplifting spirit and feel-good vibes, then you better clear out your schedule and make your way over to the party! This is a tour made in heaven and one you would be a fool to miss out on!

Head over to claudevonstroke.com to grab your tickets for Papa Claude’s fall tour! 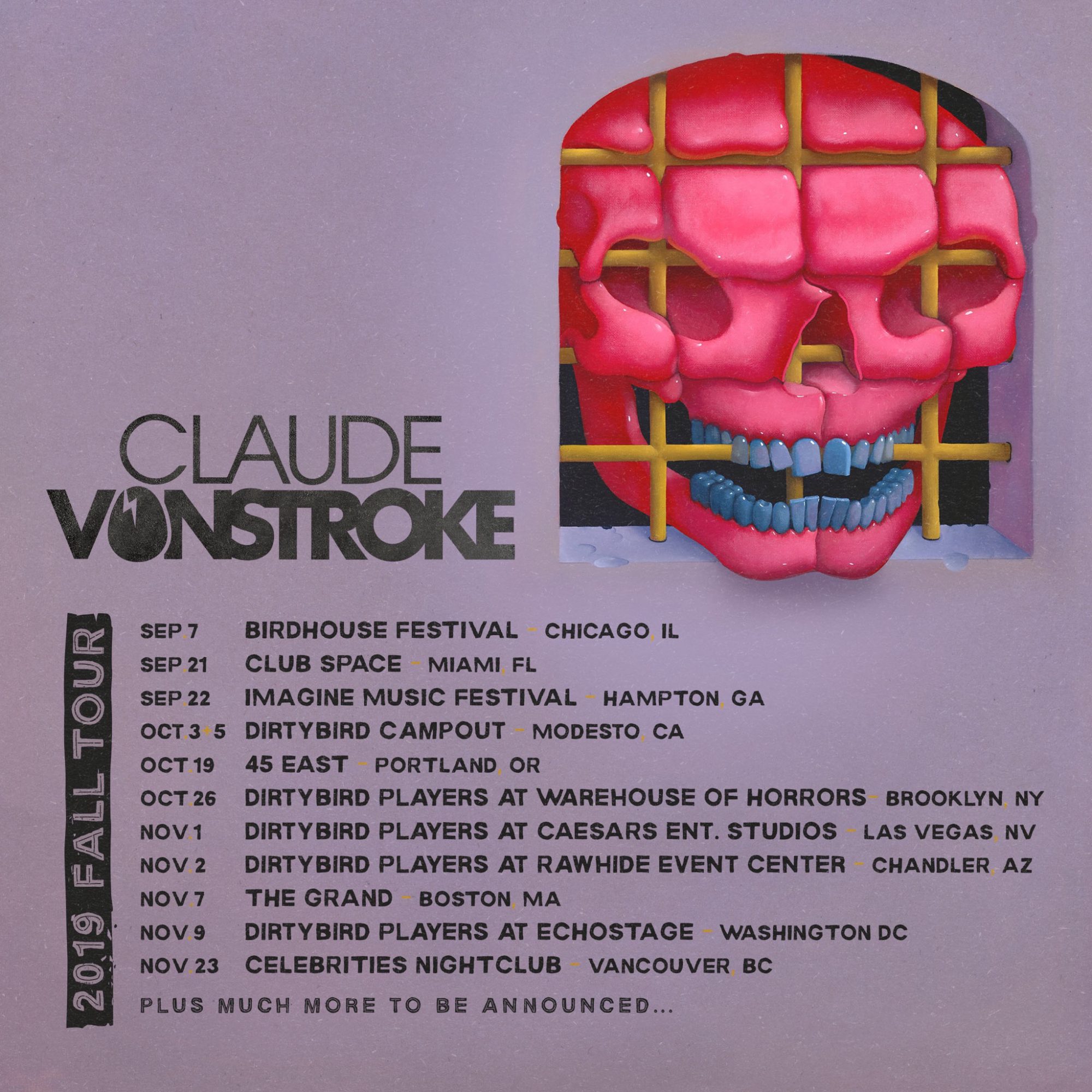