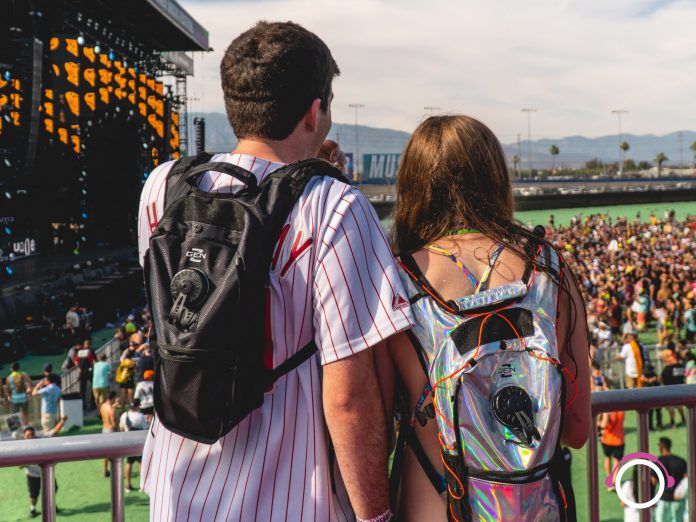 There’s some exciting news for those looking to stay hydrated and keep their valuables secure at Goldrush as RaveRunner and Relentless Beats have partnered up!

Two of the most important ingredients for having a fun weekend at a festival are staying hydrated and keeping your valuables safe while in attendance. These ingredients are even more important in the hot, dry desert climate of Arizona and the Relentless Beats team is constantly on the hunt for ways to make their attendees more comfortable. Now, with Goldrush Music Festival on the horizon, they’ve taken some extra steps forward by announcing a new partnership with GenZ and their RaveRunner Hydration Pack.

Determined to make an impact on the festival scene by keeping attendees hydrated while also fighting the increasing number of thefts that occur, GenZ has offered up the RaveRunner to help on both sides of the battle. Featuring plenty of anti-theft features including hidden pockets and cut-proof nylon, a large hydration bladder, and plenty of fun customizable options, this bag quickly became a favorite of many who attend a large number of events annually.

Now, GenZ and Relentless Beats have officially announced their partnership for the RaveRunner to become the official hydration pack for the upcoming edition of Goldrush Music Festival. Speaking on the new partnership, GenZ’s Founder Ryan Lange said, “GenZ could not be happier with their partnership with Relentless Beats for GoldRush. Not only is it great to partner with a well-known promoter, but it feels great to have support and backing from one of the best in the business and to be called the official hydration pack for GoldRush Music Festival.”

“Relentless Beats is grateful to partner with Gen Z Outdoor and feature the RaveRunner Hydration pack at Goldrush Music Festival,” said Relentless Beats’ Jason Euler. He went on to say, “Partnering with a company focused on hydration, individualism, and an anti-theft message was a no brainer. Partnering with Gen Z is another step toward creating a better and safer environment for all Festival Attendees. We look forward to working with their team at Goldrush!”

To celebrate the news, we’ve teamed up with RaveRunner, Relentless Beats, Festival Squad, and Sea Dragon Studios to offer our readers a chance to win VIP tickets to the festival, their very own RaveRunners, and a $150 gift certificate!

Enter to win a pair of VIP Tickets to Goldrush, two RaveRunner Hydration Packs, and a $150 Gift Certificate to Sea Dragon Studios:

Connect with RaveRunner on Social Media: 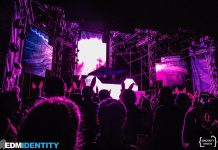 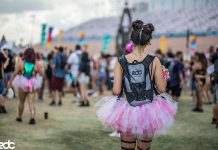 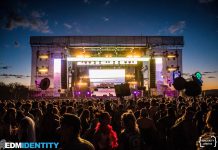