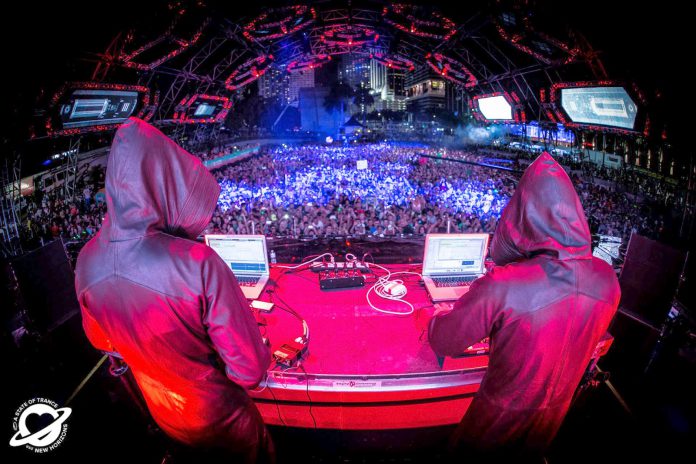 In honor of #TranceGiving, aka Dreamstate SoCal 2017, we want attendees to have the opportunity to get to know the talent who will be our “Trancegiving Tour Guides”. Each week, we will feature bios of DJs who will take the stage at Dreamstate SoCal this year, as well as some beats to help familiarize you with their work. Next in our series is… Gaia!

For the ancient Greeks, Gaia was the Mother Earth. For trance fans, Gaia is the best-known alias of the genre’s biggest name, Armin van Buuren!

Armin van Buuren created the Gaia moniker in 2000 with the release “4 Elements”. According to the Greeks, Gaia created our planet using 4 core elements: earth, water, sky, and fire. All throughout the 10 minutes of this trance masterpiece, we can experience these elements. A drop of water in a pond. A loud thunder from a menacing sky. An ever-growing sweeping noise that makes us think of forest fires. A deep-rooted and calm baseline keeping things in balance.

With such vivid depictions, it’s easy to grasp the DNA of Gaia. There’s a focus on atmospheres and ethereal sounds, and the club-centric pieces take a back seat.

Creating a follow-up to one of the biggest songs the genre has to offer is no easy task. With all of this in mind, It should come as no surprise that Gaia laid dormant for over nine years! Nevertheless, in 2009, Armin announced the return of Gaia with the single “Tuvan“. Alongside his partner in crime Benno de Goeij, who is now a member of the project, Armin delivered a track to remember. The eerie vocal and punchy base work give the track a mysterious and dark atmosphere. In some ways, it’s reminiscent of “4 Elements”, yet in others, it pushes the sound design in a new direction. It’s in large part to this opposite duopoly within the track that “Tuvan” is considered by many Armin’s best track of the past decade.

After constant fan-pressure, the first live performance occurred during Armin’s coveted A State of Trance 650 event, down in Miami. Sporting leather hoods covering their faces and no interaction with the audience, the message was clear: the music takes centre stage. It’s no longer about visuals, hands in the air, or crowd-pleasing. Instead, it’s stripped down to the basic building block of trance: a mysterious, hypnotising journey through music.

Over the past three and a half years, Gaia has sporadically appeared at large festivals, mainly ASOT and EDC Las Vegas. This makes their performance at this year’s Dreamstate all the more remarkable. I strongly encourage all fans of trance to not miss this once in a lifetime set!

Check out the first ever Gaia live set from A State of Trance 650 at the 2014 Ultra Music Festival on Youtube:

Connect with Gaia on Social Media: