Lightning in a Bottle Releases Music Lineup for 20-Year Anniversary 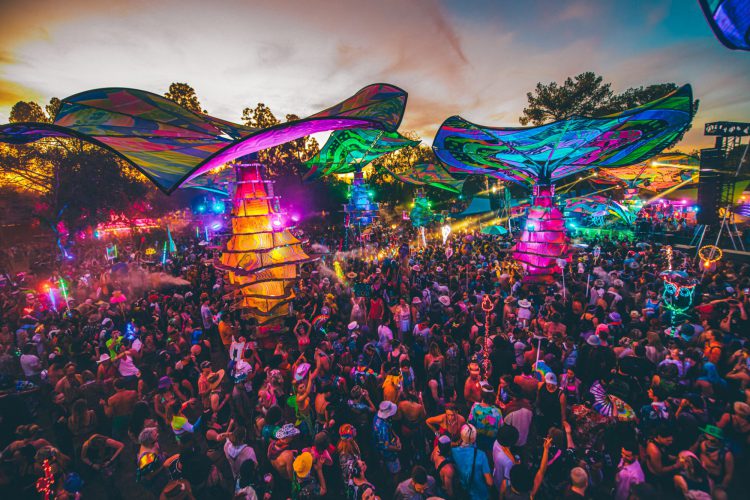 ZHU, REZZ, TOKiMONSTA, Purple Disco Machine, Liquid Stranger, Tale Of Us, and more have been announced to play Lightning in a Bottle 2023!

Lightning in a Bottle returned in full force last year and brought an experience that was well worth the wait for those faithful to the Do LaB. This year will not only see the festival make its way back to Buena Vista Lake on May 24-29 but is also marking its 20-year anniversary as well – so what better way to celebrate two decades of surreal beats than by dropping a star-studded music lineup?

That’s exactly what Lightning in a Bottle did today with the list of artists unveiled. REZZ, SOFI TUKKER, and ZHU will headline the Lightning Stage, Liquid Stranger, LSDREAM, TOKiMONSTA, and The Glitch Mob will take the reigns of the Thunder Stage, and Tale Of Us, Diplo, Purple Disco Machine, and Ben Bohmer will head to the Woogie. But that’s just a small taste of the lineup – there’s plenty more on the undercard.

Artists, including the likes of Mindchatter, 070 Shake, Caribou, Phantogram, and DRAMA, will dominate minds throughout the weekend with their captivating performances in tow. Those on the hunt for a dose of bass action won’t want to miss everyone from DEATHPACT and Mersiv to LTJ Bukem w/ Armanni and Ahee at the Thunder, while the sets from Moore Kismet, MEUTE, and The Floozies will add even more fun into the mix.

The Woogie Stage features a bevy of talented house and techno artists that you simply can’t ignore either. Beyond those topping the bill, there are renowned artists like Stephan Bodzin, BLOND:ISH, TSHA, and Cassian, while other captivating acts such as Rinzen, LP Giobbi, Giorgia Anguli, Layla Benitez, and Mary Droppinz are slated to join in on the fun.

There is plenty more from Lightning in a Bottle that the Do LaB will unveil in the coming months that ranges from the opening parties and additional artists to the activities and experiences that attendees can participate in. Stay tuned for more information and make sure to head over to their official website for details on different ticket and camping options. Don’t sleep on this massive 20-year anniversary edition!