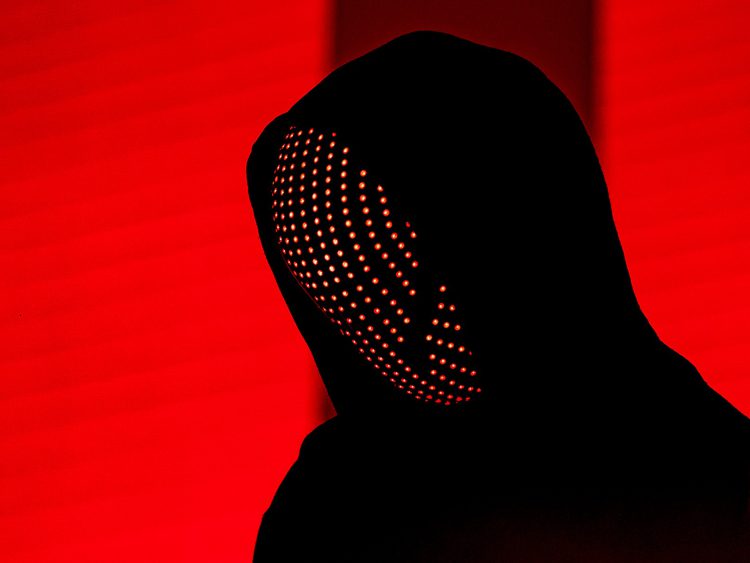 Deathpact explores sonic duality once more for the third installment in their MIDHEAVEN campaign, MIDHEAVEN: OPUS 3.

If there’s one artist causing a ruckus in the dance music industry, it’s Deathpact. Their signature, distorted sounds and heavy hitters of tracks are consistently pleasing both fans and bass enthusiasts worldwide. Many are also speculating about the true identity (or identities) behind the anonymous project, with theories flying left and right, especially after their recent MIDHEAVEN tour that featured a four-show run in one night.

Last year saw Deathpact explore duality in their style with MIDHEAVEN: OPUS 1 and MIDHEAVEN: OPUS 2, which explore hard-hitting sounds as well as the calmer, unseen side of the artist. Both MIDHEAVEN releases feature one massive, bass-fueled track, like “BACK FROM THE DEAD” and “ACHROMATIC (YOI),” before falling upon dreamier soundscapes, as seen in “FALLING” and “SOOTHSAYER.” After their recent performance ringing in the new year at Decadence Arizona, Deathpact has returned again for the third installment in their MIDHEAVEN campaign, MIDHEAVEN: OPUS 3.

MIDHEAVEN: OPUS 3 opens with a track stocked full of pure grittiness and filthy basslines titled “BDASWY.” The track pushes listeners on an intense journey through sound as we stumble upon an individual saying, “You want to see a dead body?” providing almost a touch of comedic relief as the madness breaks for a second.

Then, Deathpact delivers “SONG SEVEN,” a release layered with enticing sounds and touches to deliver the ultimate counterpart in the project. Listeners will weave in and out of the sound design, traversing through its spatial builds and drops as a voice begs the question, “Why do I love you?” “SONG SEVEN” completes the trip as Deathpact educates listeners on the concept of sonic duality once more.

MIDHEAVEN: OPUS 3, and its previous two counterparts, offer a sensory experience not to be forgotten, and fans look forward to what will come next from this mysterious artist as 2023 unfolds. Listen to Deathpact’s latest release on Spotify or your preferred platform, and let us know your thoughts on Twitter!