Water Spirit Kicks It Into ‘Overdrive’ with New Hardcore Mix 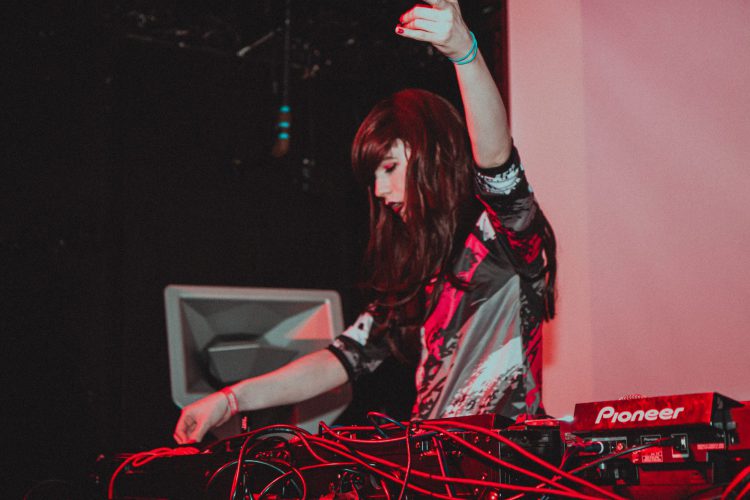 Water Spirit makes their Paradigm Shift debut with a jam-packed mix highlighting the growth of their artistic vision.

American Hard Dance has blossomed into a legitimate scene that produces many great musicians that take on the responsibility of elevating the scene and consistently pushing the envelope of what hard dance music is and where it’s going – and the future looks promising. Recently, Lost Lands featured multiple hard dance acts at the festival, club shows in Southern California showcasing more homegrown talent, and even more are popping up in other parts of the country like the Midwest and the East Coast. One US-based artist who has constantly evolved along with the scene itself is none other than Water Spirit.

Hard dance has always been a part of Water Spirit’s identity, but it took some time to commit to their artistic vision. “I have been producing music for around 7 to 8 years. I’ve loved hard dance since I was a teen in middle school, but it took me two or three years of producing before I sat down and committed to making hardcore/hard dance,” Water Spirit said. “Once I got a proper handle on my style and sound, I never looked back.” Behind the hilarious online personality lies a true powerhouse of the scene that has created a home for themselves in the realm of hardcore music.

Over their explosive journey in hard dance, Water Spirit has become one of the most decorated artists in the scene, achieving many milestones like performing at EDC Las Vegas and Project Z. Live shows aside, Water Spirit has also had an incredible year in music with releases on Basscon Records, Barong Family, Speed House Movement, and was also featured on REAPER’s DISRUPTOR LP REMIXES via Bassrush Records. After certifiably earning their stripes, they are now focused on dominating the hard dance scene and beyond.

As a heated 2022 comes to a close, there are no signs of stopping any time soon for Water Spirit. Looking to keep the momentum going, they are gracing fans with their presence on our hard dance mix series, Paradigm Shift! Water Spirit delivers an exhilarating experience for their listeners through a mix that’s all gas and no brakes, complete with the best of American Hard Dance and the worldwide scene.

Throughout these 30 minutes of pure chaos, fans will hear records from Rob GEE & Mrotek, J. Slai, and a few secret collaborations that Water Spirit has in the works with homegrown standouts BEL AIR WITCH and DEAD X. They also made sure to show love to the European heavyweights by including records from Angerfist, N-Vitral & Killshot, and So Juice, among others. Like their performances, Water Spirit created this mix to bring “a sound that encourages movement and being present in the moment as you are blasted with the varying BPMs and styles that hard dance brings to the table. It’s exciting, it’s cyberpunk, it’s nostalgic, it’s Water Spirit.”

Make sure to crank up the volume and get ready to go into Overdrive with Water Spirit’s debut guest mix on Paradigm Shift!