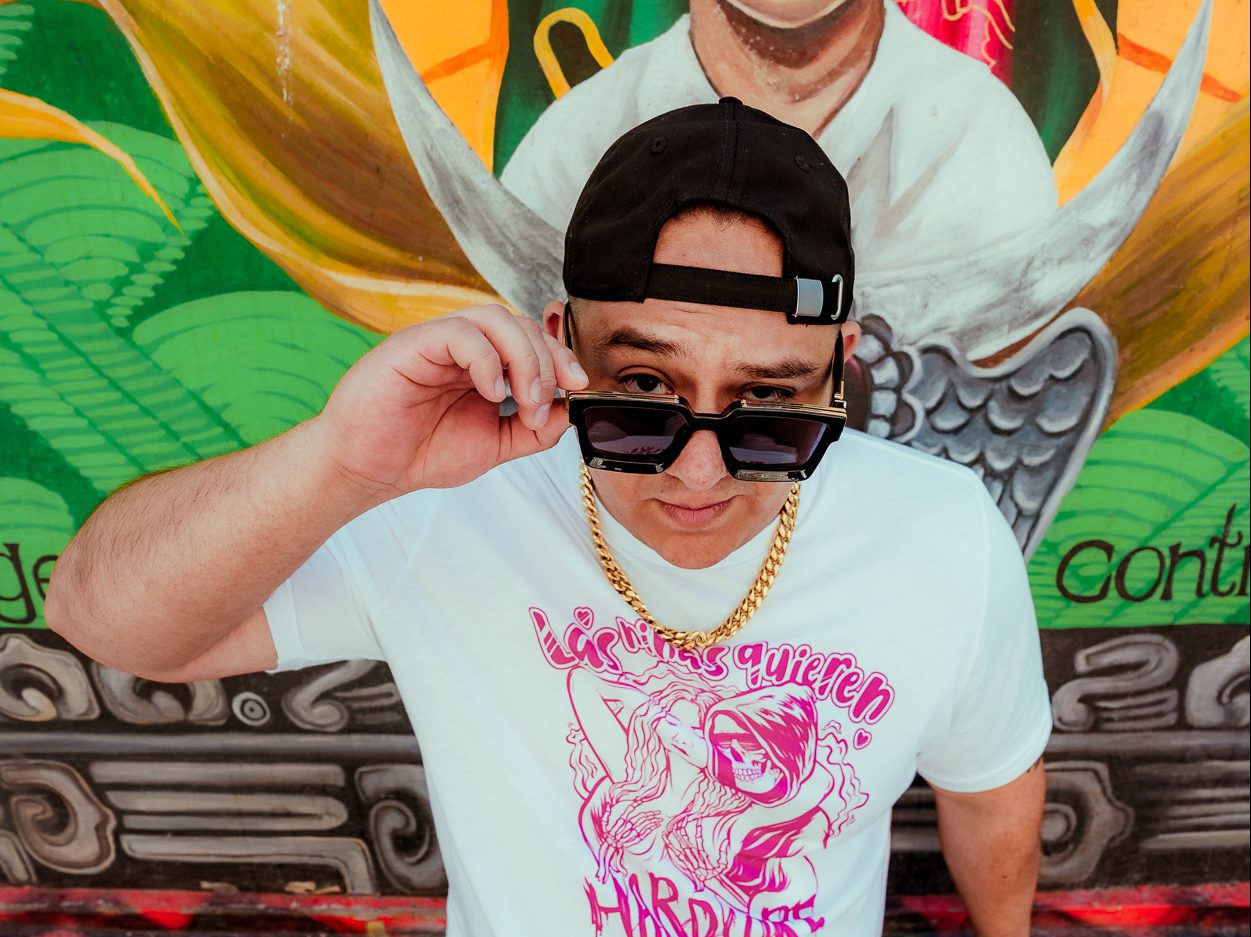 J. Slai introduces the world to Latin Hard Dance with the release of his brand-new EP, Las Niñas Quieren Hardcore.

J. Slai has been fairly quiet in 2022 in terms of releases having only one official release, “PULL UP” with TYEGUYS and Haus of Panda, and a few Re-slais on his SoundCloud. However, this was by design. Earlier in the year, he committed to keeping tunes in the vault until he reached his goal of 600 followers on Spotify. With the help of his dedicated listeners, he smashed his goal, and it’s finally time to unleash some new music.

Over the past year, J. Slai has been producing music that creates a space for Latin representation in hard dance music because up until recently, there hasn’t been much outside of the handful of successful artists such as Junkie Kid, GEO, Deorro, and JSTJR. “If you go to any hard dance event/stage in the states and you look around at the crowd, you will see that there are so many Latino fans in the crowd. We are EVERYWHERE!” he said. “Then you take a step back and read the lineups, and Latino acts are a minority…”

In an effort to combat this issue within the scene, J. Slai is coining the term “Latin Hard Dance” to describe the next step in his musical journey. His work over the past year is culminating in a brand-new EP titled Las Niñas Quieren Hardcore. This new EP is an introduction to the future of J. Slai, and over the course of four tracks, he lays down the foundation for Latin Hard Dance.

Las Niñas Quieren Hardcore comes packed with tunes that push the envelope of hard dance music with fresh genre hybrids, and it establishes a story. So make sure to crank up the volume on J. Slai’s newest EP and read on for our full review!

J. Slai establishes the story behind Las Niñas Quieren Hardcore from the jump.

In the opening record, J. Slai asks Siri to read his unread emails, so Siri reads him a response he got to a label submission. The dreadful words, “Thank you for your submission. Unfortunately, this track doesn’t sound European enough,” come through the speakers, but he meets that response with a laugh, and then listeners get transported to the next track.

“I don’t feel like I’ll ever conform to the European style in order for my music to get signed. That’s why at the end of the intro, I laugh at the reply and just play my music,” J. Slai said when asked about not being European enough. “If they don’t want to sign my art at this point in time, it’s understandable because I have to prove to them and everyone else that my style is worth signing.”

Every tune on the EP is unique in terms of creating hybrid genres.

“ROMPE” takes elements from cumbia and hardcore to create a hybrid that has been relatively unheard of up until now. A few years ago, RED DEATH GRAVE was creating this style of music with records like “El Que No Salta Es Masista,” but it was fairly quiet and didn’t pick up the steam it should have. J. Slai used RDG’s style as inspiration for “ROMPE,” and the results couldn’t have been any better.

The first part of this tune highlights the “hardcore perreo” style of music, with the term coined by Alby Loud. It takes hard dance kickdrums and puts them in with a halftime, moombah-style drop, creating the illusion of a slower-paced cumbia record with hardcore influences. This is the type of music that brings in more casual listeners into the genre as it bridges the gap between many genres like cumbia to hard dance and even bass music to hard dance. After the first drop, J. Slai switches back into the hard-hitting sound fans have come to know from him, complete with piercing kickdrums and drifting screeches.

Up next is a collaboration with DJ Infinity and Frank Oro titled “PAPI.”

“PAPI” is very important as it’s a collaboration among three Latino men, and it sends the message that Latin Hard Dance will be dominated by Latinos and Latinas, and it’s not just a label or gimmick to get more streams or ears on their product. J. Slai said, “I really want other producers to hear this genre and feel inspired to create more original Latin Hard Dance. Movements are not successful without a team effort.“

Frank Oro stepped out of his comfort zone by supplying the vocals on this tune as he had never been on a hard dance record before. But it was important for J. Slai to establish the standard of working with other Latino artists to create a successful lane for Latin Hard Dance. Listeners will hear “Esconde a tu vieja. El papi ya llega” throughout the song, and while this could be taken in the context of the lyrics in the record, this could also be a double-entendre meaning that J. Slai is here and it’s best to hop on the wave before it gets too big.

This tune itself plays into the Latin hybrid genres again with a masterful mix of reggaetón and hardcore that only DJ Infinity and J. Slai could have pulled off. The beginning starts out slow with reggaetón drum patterns and a melody that will get any dancefloor moving. The drops give fans the fast tempos they crave while also experimenting with multiple kick drum and melody changes within, keeping everyone on their toes and never knowing what’s next.

The EP ends with “DAMN,” a record that shows love for the Bay Area and shows off J. Slai’s mastery of his style.

“DAMN” is the perfect salute to the Bay Area without straying too far from Latin Hard Dance. The record starts with a hip-hop beat and vocals that match the Bay Area style of rap music that will surely pop off at any J. Slai show. Slowly, the hip-hop beat turns into a buildup with a dark melody before he unleashes a flurry of kickdrums. About halfway through the first drop, the record goes halftime to highlight the “hardcore perreo” style that will be prominent in Latin Hard Dance once again.

If listeners don’t think it’s possible to go harder, keep listening. The final drop on “DAMN” cranks up the tempo to close off the EP with pure, organized chaos. The kick-rolls match the melody, giving them more character. In addition, it’s so obnoxious and aggressive that even GPF would be proud to have this under their belts. It’s fitting to end it in this manner, considering that in the introduction, Siri said, “this [EP] doesn’t sound European enough.”

By the end of Las Niñas Quieren Hardcore, listeners should realize that it doesn’t have to sound European to be good.

Las Niñas Quieren Hardcore is an artist-defining body of work for J. Slai. This EP establishes an identity for his brand moving forward, and I highly recommend getting familiar with him before the tidal wave of momentum hits. This EP also highlights exactly what American Hard Dance is supposed to be – records that break rules and stray away from cookie-cutter ideas.

European hard dance might be the golden standard, but American Hard Dance is changing the meaning of what hard dance records are. If you’re looking for a place that has different styles like raw trap, ustempo, hardcore, hard psy, and now Latin Hard Dance, you’ve come to the right place. American Hard Dance has it all! Stick around and experience the greatness that producers like J. Slai will add to the genre and future of the scene.