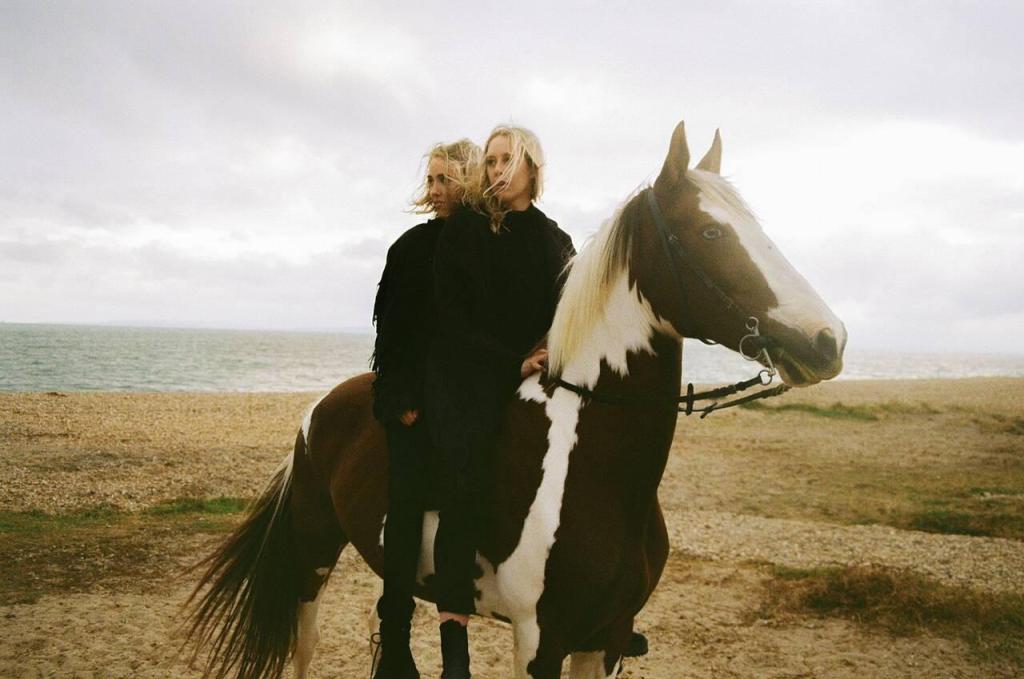 Eli & Fur look to the inner reaches of their souls and set the tone for the future of their careers with their debut album, Found In The Wild.

Since first breaking onto the scene, Eli & Fur has impressed fans around the world with their immersive releases and stunning performances. The female-powerhouse duo has become defined by the sounds found on EPs such as Into The Night and Night Blooming Jasmine, along with countless singles and remixes as well. Now, after teasing tracks like “Wild Skies” and “Carbon” over the past few months, the long-awaited wait for their debut album Found In The Wild is finally over.

Out now on Anjunadeep, the 12-track album is split up into two parts, but although separated it holds one strong duality of both producers. Their harmonious connection set the stage for what was to come as they galloped to the forefront of the scene at the speed of their sound, and Found In The Wild is Eli & Fur at their finest.

Not only does this album showcase the skills in the studio that they’ve honed over the years, but also acts as a guide to help soothe the mind during the unprecedented circumstances the world has recently faced. It gives us a look inside the art of the human experience as Eli & Fur transposes it into advanced electronic production. The energy on this album is unmatched. It encourages everyone to take action as it challenges limiting beliefs while providing courage to push into a new frontier – and it’s well worth the listen.

You can listen to Eli & Fur’s Found In The Wild on your favorite streaming platform now and you can also support the release by purchasing the vinyl on the Anjunabeats online store. So check it out and read on for a deep dive into the tracks.

Stream Eli & Fur – Found In The Wild on Spotify:

Found In The Wild begins with Eliza Noble’s half, Found, that uplifts the soul as the intro fights, “Fire to Fire” which fuels the process of self-discovery.

Establishing Found In The Wild’s contemplating questions and goal of pursuing the path each human must embark through life is “Fire To Fire.” This tune is a breath of fresh air on a full-moon night as it burns deep with the nostalgia of leaving a past behind. It’s about evaluating each person’s full potential and putting action behind the thoughts to outshining the outcome of bewilderment. The gentle cadence of ambiance and keys guides the listener into a soul-diving groove, embrace emotion rather than “hiding the feeling.”

Previously released single “Wild Skies” arrives next as the ocean-like keys persuade its dominance over the listener with a protruding calm low-ended bassline. The shuffling kicks and airy synths connect contrasting music elements to a cohesive natural piece. Among the mysterious sounds of the track are the hardships every artist in the music industry must shift to overcome criticism while asserting creative potential.

Don’t forget I heard you loud.

As the album sinks us further down into the depths of the ocean, standout track “In Too Deep” appears before ascending into the atmosphere with “Carbon.”

With alternating percussion and arpeggios, this track hypnotizes listeners and much as its name implies it pulls them “In Too Deep.” Those who listen closely to the lyrics will be reminded of past or current relationships and surrender to the emotion that the soundscape and its vocals from Holly Martin provide.

I don’t want to be like all of your ones,

I don’t want to be just another lover.

As the track fades to completion, we are drifting “far away” to “Carbon,” which was a tune written by the duo well before the pandemic. The melody rises to “sink into another space,” as the listener loses sense of gravity and floats to the cosmos. The arpeggios bubble up to the surface as the uplifting theme of giving it your all while working toward being “enough” and “waiting to fall into place” enter the mind. The vulnerability and tone in the lyrics keep the heartstrings yearning for more.

As we reach the end of Found, Eli & Fur offer up a fresh version of their collaboration with CamelPhat, “Waiting,” that encourages listeners to take a leap of faith.

“Waiting” is an easy track to fall in love with. Eli & Fur collaborated with CamelPhat on his latest album of Dark Matter. From the first note, the emotion persuades listeners to alter their thinking by committing to change with the lyrics, “Cause when your eyes are closed. I’m dreaming wide awake, so what are we waiting for?” The sustaining bells and synths root an honest impression while the tune uplifts the heart and mind to an elevated state of mind.

The tone of the album changes as Eli & Fur picks up the tempo and dives into a darker side on the second part, In The Wild, with “Am I Even Human?“

One of the darkest tracks on the album is “Am I Even Human?” as the profound vocoder effect on the vocals shadows the thoughts within the mind. The echoing layered elements weigh on the human perception as the hi-hats shuffle at a steady pace, acting as a solid interlude to the next section of the album.

“Broken Parts” brings hope up from the waves of loneliness, as the lyrics are sharp with melancholic vibes. The tune shapes the theme of being better and healing through pain that life’s shore washes to the sand, which can be heard within the lyrics, “I don’t know where to start, with trying to stitch up my broken parts.” And if you’d like a picture-perfect representation of the tune, check out the music video for some extra immersion.

Up next, “Come Back Around” pivots spirits to the calm shoreline and adds a sense of excitement and independence. The theme within the tune is waiting for a relationship to present back into the listener’s life and the anticipation of life’s chance meeting and yearning for connection. The punchy kick, rolling bassline, and chorus are a heater for any dancefloor and a conversation starter within the beat as it fades into the next.

As the listener is excited with energy, they’re driven to the two fastest tracks on the album “Big Tiger” and “Light Up Your Eyes.”

Pushing the gas pedal forward, Eli & Fur speed ahead with “Big Tiger.” The entire instrumental found within this tune gets the heart racing as the seconds tick away. The harsh claps add an enticing charge of endorphins and its elements jolt the cardio-vascular system, yet it still retains its blissful qualities.

Continuing with the speedy soundscapes is “Light Up Your Eyes” which holds distorted chord progressions that add a touch of filthy bass to boost serotonin levels to a complex altered state. The tune enlightens the mind and provides a unique listening experience as the listener is forced to create the visuals to see within their dreams. The track abruptly stops to add anticipation for the listener as it transitions to the final two tunes.

The final two tracks off of Found In The Wild see Eli & Fur create a grand finale with powerful vocals and skillful production.

The listener is forcefully taken by surprise with a bass-heavy track “Walk The Line” which exhibits hard kicks and shakers that later taper as the vocals coax to “close your eyes” as you listen. It’s easy to envision a new altered reality that the soundscapes present through their self-discovery process when this track evokes such strong imagery.

Then, the album’s final tune stuns with reversed bells on “I Can’t Move” and the delayed vocal gives the impression we are truly deep within the mind of Eli & Fur. The lyrics tell a story of finding a person across the room where the connection runs deep and where humans can find love through chance happenings, “we’re locking eyes across the room, you’re paralyzing, I can’t move.” The common elements of passion and personal connection cycle throughout it as the album fades and echos to completion.

Found In The Wild is a masterpiece from Eli & Fur, but more importantly, it’s an album about asking yourself personal questions and finding your way through life.

Found In The Wild was nearly a decade in the making, and after demonstrating their practice and confidence skills, Eli & Fur should be proud of this album. There’s no doubt that these two have defeated criticism and executed the authentic power within their skill sets – but what stands out the most on this album is how inspirational each verse is.

In a literal way, Found In The Wild is a strong idealogy practiced by all who listen. Humans experience pain through the hardships that in life can find under challenging circumstances, but they can also heal. In the end, a positive outcome will always prevail, and that’s a message the world needed to hear.