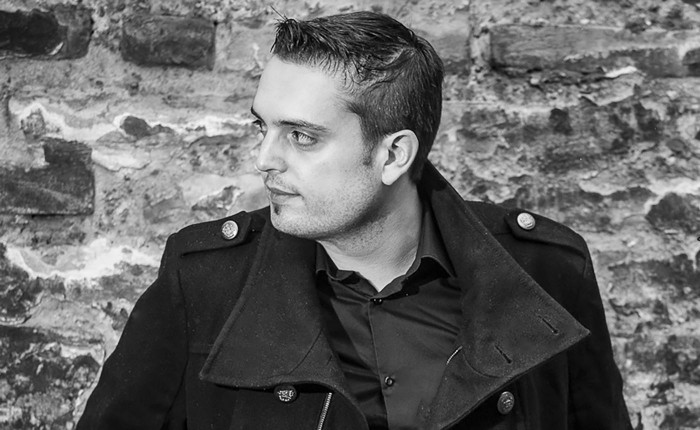 In honor of #TranceGiving, aka Dreamstate SoCal 2017, we want attendees to have the opportunity to get to know the talent who will be our “Trancegiving Tour Guides”. Each week, we will feature bios of DJs who will take the stage at Dreamstate SoCal this year, as well as some beats to help familiarize you with their work. Next in our series is… Ferry Tayle!

Coming to Dreamstate SoCal all the way from France is epic trance act, Ferry Tayle!

Hailing from Strasbourg, France, Ferry Tayle‘s history in music didn’t start out in the trance genre. Jazz was the first style of music he took up and at the young age of seven he learned to play the saxophone, which he went on to play for many years. It wasn’t until he discovered Jean-Michel Jarre that the passion for electronic music grew, and with the new millennium on the horizon, it was the perfect time for him to enter the electronic music world.

Growing his career from 2000 to 2005, Ferry Tayle began to play numerous shows and grow his following around Europe in the trance community. It was when he joined the ETN.FM DJ Team with his show Universal Language that helped him gain love from the global trance community. Fast forward to 2008 when he dropped album Carnet De Vol, which was well received by many in the scene. This led to him joining powerhouse label Enhanced Recordings in 2009, releasing quality tracks like “Trapeze” and “Memory Of Me”.

Leaving Enhanced in 2013, Ferry Tayle went on to release his second album, The Wizard, in 2014 and found a home with Aly & Fila’s label FSOE the following year. He has dominated the airwaves with tracks like “Lifeline” in collaboration with Solarstone, “Titanfall” with Driftmoon, as well as “Twin Souls”. Throughout all the twists and turns of the trance community, it is clear that Ferry Tayle has decidedly remained loyal to the genre over the years and continues to make his mark on the scene to this day.

Taking the stage at many festivals and clubs shows around the world, trance die-hards may have caught a set from him during the FSOE 400 World Tour, at festivals like Luminosity Beach Festival or A State Of Trance, or plenty of gigs at clubs around the world. Definitely catch his set at Dreamstate SoCal if you’re looking to trance out to an artist with decades of quality releases and sets under his belt!

Get a taste of what is in store with Ferry Tayle’s set from Luminosity Beach Festival 2017: