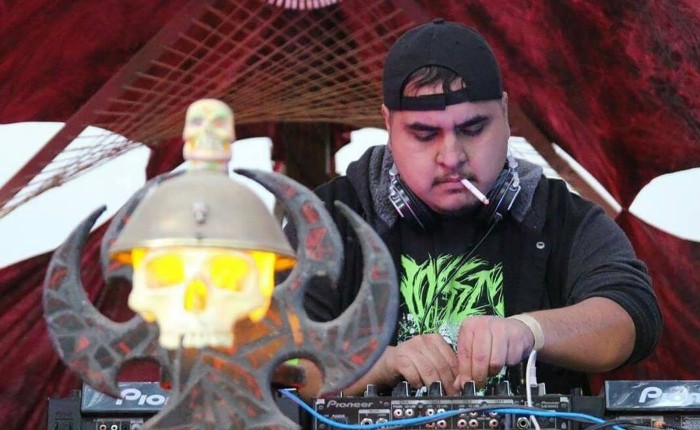 In honor of #TranceGiving, aka Dreamstate SoCal 2016, we want attendees to have the opportunity to get to know the talent who will be our “Trancegiving Tour Guides”. Each week, we will feature bio’s of four Dreamstate DJ’s as well as a set from one of their latest events or some recent releases so you can get to know them better. Next in our series is… Triceradrops!

With a name like Triceradrops you can only imagine that this DJ comes prepared with a unique style and creative productions. When I first heard his name my mind immediately went to other genres of EDM. In fact, at first glance you may think that he was a bass artist or a big room house maestro. However, don’t let the name fool you! Triceradrops is nothing but insane, pulse-pounding trance that has a way of sending shivers up your spine! Yes, Triceradrops goes very dark…deep down into the depths of the underground.

Hailing from Los Angeles, California, his family and friends know him by the name Julian Noriega. Julian’s love for Progressive Psytrance, Full On, and Psychedelic Techno has molded him into a brilliant producer, releasing tracks like “Sub Level”, “Absence of Light”, “Neuro Note”, and my personal favorite “Floor Bomb”. Most recently, Triceradrops wowed his fans all over the planet with his EP “Auditory Hallucinations”. This EP is extra special in that it contains 5 filthy tracks ready and waiting to destroy the dance floor. “A Lucid Nightmare”, “Ronald Raygun”, “Auditory Hallucinations”, “Wave Rider” featuring Krunch and Juno, and “Malice” are the tracks included and in my personal opinion are some of the craziest psytrance productions that I have heard to date. They are so good that I think I may have actually been abducted by aliens! His affiliations run strong with labels that include Pharmacy, Zombster Records, Unrstrctd, and Pulsar. This is just the beginning for this talented young producer. The sky is the limit and I am through the moon excited to see what he has in store for us come November at Dreamstate SoCal!