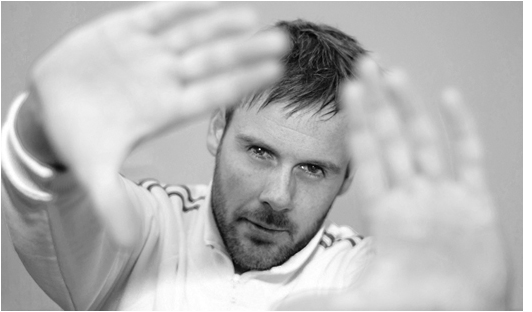 It is a wonderful time to be alive if you are a trance fan in the United States! For so long trance addicts have been begging for someone to hear our pleas and bring an all trance event to the states to ease our intense cravings and last year, just as EDC 2015 came to a close, our prayers were answered. Pasquale Rotella and Insomniac made the announcement that they would finally be bringing an all trance event in the form of ‘Dreamstate‘ at the end of November 2015 to San Bernardino, California. The trance family went wild with the news and the rest was history. The inaugural Dreamstate was insanely successful and now we prepare for round 2 of Dreamstate SoCal. The event that began it all!

In honor of this event we want festival attendees to have the opportunity to get to know the talent who will be our “Trancegiving” tour guides. Each week, we will feature bio’s of four Dreamstate DJ’s as well as a set from one of their latest events or some recent releases so you can get to know them better. Second in our series is… Sneijder!

Sneijder might be new to the Dreamstate lineup, but he’s definitely not new to electronic music or the Trance scene. He started DJ’ing at the age of 13 playing Dutch hardcore in his bedroom. Over the years, he came to love psy and hard trance, and eventually uplifting trance grew on him as well around 1999. Sneijder played at many different clubs over the years, but it wasn’t until 2009 that he started exploring the world of music production. He released his first track, “The Phuture“, on Goodgreef Digital that year. It instantly received support from many big name artists. From his track “The Phuture” to his latest tune, “Far From You” that was released last week on Black Hole Recordings, Sneijder has proven to be an extremely talented and diverse producer. Over the years, he has only gotten better as he uses his skills to make a perfect blend of uplifting and tech trance all the while making sure that each track he produces has depth and meaning. Sneijder has already released four songs that have made it into Beatport top tens, and his tracks have been featured on many different compilation albums by talented artists like Paul Van Dyk, John O’Callaghan, and more.

Sneider’s songs are continuously displayed in many different artist’s sets. One track that trance lovers have most likely heard in a set (or two) is “Love of My Control”. Personally, this is one of my top favorite tracks of all time. Hearing it live hits me right in the feels every time! I was crying when Adam Ellis featured his remix of it in his set last year at Dreamstate SoCal.

Stream Sneijder & Christina Novelli – Love Of My Control on SoundCloud:

Last November, Sneijder released his debut album, ‘Everything Changes‘, which includes “Love of My Control” and many other absolutely stunning masterpieces that he has produced. Here is what he had to say about his album:

This album is a true reflection of me as a clubber, a music listener and a producer. Each track contains the elements I like from all forms of electronic music, whether it be kicking back at home chilling, on the dancefloor or in the booth pushing my sound as a DJ. ‘Everything Changes’ is a complete representation of how I like my music: melodic, energetic and packed with emotion.

‘Everything Changes’ can be fully purchased here. Alongside producing amazing tunes, Sneijder also creates a monthly radio show called Distant World. The show is two hours long and airs at 15:00 CET on the 2nd Wednesday of every month. If you’d like to listen, you can tune in at Afterhours.fm and hear his showcase of the latest and greatest in trance and progressive!

If you’d like to indulge in a recent set from Sneijder, check out his set from Luminosity Beach Festival this past June:

Looking at all that Sneijder has accomplished through his years of DJ’ing and producing music, I get very excited at the thought of seeing him live again…only this time at the best trance event the U.S. has ever seen — Dreamstate! If you love uplifting and tech trance or want to hear an amazing artist who absolutely nails it at both genres, make sure you stop by to see his set.