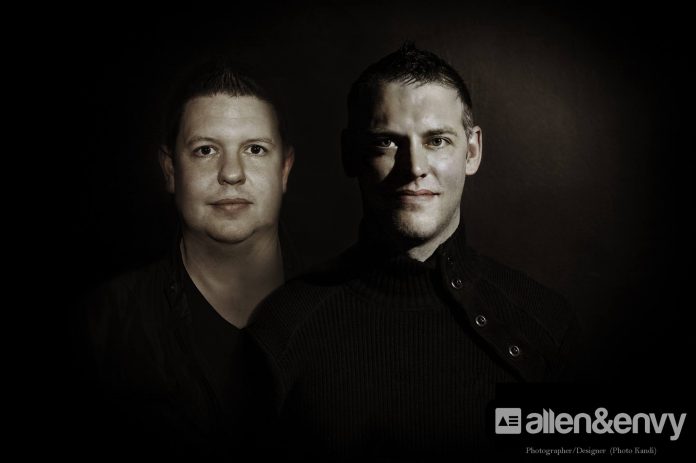 This week, as the excitement and anticipation grows for Dreamstate, we dive into the world of English based trance DJ/Producers Allen & Envy.  Steve Allen and Scott Envy met at a summer BBQ one fateful day and decided to hit the studio together and try DJing some local gigs as a duo. They were so in tune with each others musical vision that the duo simply worked, and quickly they were on a track to join the trance super stars. In 2012, Allen & Envy reworked “Cygnus X-The Orange Theme”, in which Armin van Buuren featured on ASOT. Then their first single”Mass Exodus”, released on Fraction records, grabbed the ever important attention of Aly & Fila, Simon Patterson, Sean Tyas, and Markus Schulz. From there, the rest is history.

With a focus on classic trance, filled with heavy melody and driving beats, Allen & Envy will wrap you in energy and lead you to trance paradise. They are dedicated to keeping the dance floor moving and the euphoric emotions flowing. Here is a taste of what to expect from this duo come November. And if you can’t get enough of them you can check out their weekly podcast called, “Together As One”.

Steve Allen and Scott Envy have been hard at work both in the studio and on tour since Dreamstate SoCal 2015. They’ve continued publishing their amazing podcast on a weekly basis, “Together As One”, which shines light on amazing new Trance tracks and keeps everyone up to date. Since last year, they’ve played at massive shows across the globe including Transmission Melbourne, Damaged Records Night at Exchange LA, and Universal Soundz 500 to name a few. Coming up, they have shows booked like the FSOE450 pre-party in Manchester, United Kingdom and more. They were part of Jordan Suckley’s release of Jordan Suckley Presents Damaged Neon alongside Freedom Fighters. This year, they’ve released some amazing tracks like “Uriel”, “#TranceFamilia”, and “Without You”. Steve and Scott have clearly been hard at work this year and their efforts are sure to shine through during their set at Dreamstate SoCal 2016. If you love uplifting trance, you won’t want to miss this set!