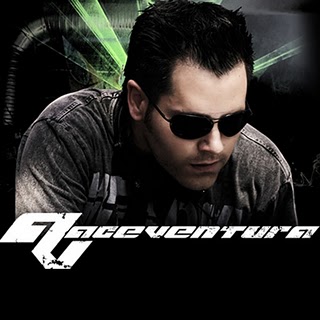 Come November, Southern California will be host to an event in which some of the greatest trance DJ’s in the world will come together for 2 days of musical perfection. Each week we will be providing you with a glimpse of who will be pumping out the beats during the first ever Dreamstate at the NOS Events Center in San Bernardino.

To start it all off, lets showcase a man who has been a staple in the trance scene for many years. Yoni Oshrat was born in Israel and worked in sound production until he discovered trance in the early nineties. He began working as a DJ and since created a few great aliases. The first was Children of the doc, which later he changed to Psysex. Later Yoni got deep into the slower, groovier side of trance and created Schiatsi, and has transformed recently into Ace Ventura. The Ace Ventura project is Yoni’s gift to the trance world, giving us a beautiful mix of deep, tribal, and progressive psytrance. It is his Ace Ventura project that he will be bringing to Dreamstate. There is no doubt that his set will be one of the most talked about sets of the weekend. And here is a taste of what to expect.

Ace Ventura hasn’t slowed down since we saw him last year at San Bernardino, playing at festivals like Psy-Fi, Boom, and more. He has also (as of yesterday) released a new DJ mix series alongside Astrix, labeled “Dimension“. The first episode has been posted on SoundCloud already for your listening pleasure. Along with playing amazing sets and joining efforts on a mix series, Ace Ventura has also been hard at work in the studio, releasing multiple tracks on Beatport this year such as: “Royal Rumble” with Lifeforms, “The Calling” with Vini Vici, “Ebe” with Captain Hook, and many more. We’re very excited to see what he has in store for us this year at Dreamstate SoCal 2016… he’s been hard at work, and he’s sure to show everyone what he’s been up to!