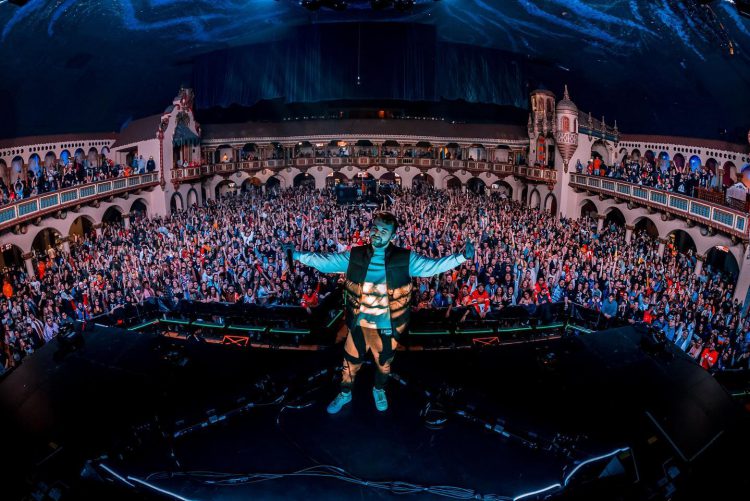 DNMO brings his dynamic sound to renowned multi-genre label Monstercat for the first time ever with his latest single, “Together.”

UK-based artist DNMO has only continued to soar since starting his project in 2016. His sound and genre versatility quickly caught the attention of some big tastemakers in the dance music scene and landed him releases on JAUZ‘s Bite This! and San Holo‘s bitbird, and he truly came into his own on Zeds Dead‘s Deadbeats.

Last year saw DNMO drop the Speed Of Light EP on Deadbeats and play in support of Zeds Dead for a number of shows that included Deadrocks, along with the label’s tour stops in Chicago and Toronto. His live shows have proved that his dancefloor-ready style of bass music is multi-dimensional and easily enjoyable. Now, in 2023, DNMO is looking to expand his horizons even further by announcing that he’s signed to another major multi-genre label, Monstercat, and dropped off his debut single on the imprint, “Together.”

DNMO captures a timeless sound on the drum and bass-fueled “Together.” Its simple yet infectious beat is filled with old-school synths and pop-infused vocals that carriy listeners to the upper reaches of the atmosphere – and there’s certainly no better home for it than Monstercat. “With this song, I really wanted to lead with more minimal, simplistic production that’s catchy and to the point,” he said when asked about the production process behind the tune. “It was less about packing it out with different sounds every four bars and more about creating an earworm-type track.”

After starting the new year with this fresh signing and track, and forthcoming performances in Denver and at The Gorge with Illenium on the horizon, it’s shaping up to be another massive year for this dynamic bass artist. Listen to DNMO’s “Together” on Spotify or your preferred platform, and be sure to let us know your thoughts on Twitter!

Stream DNMO – Together on Spotify: