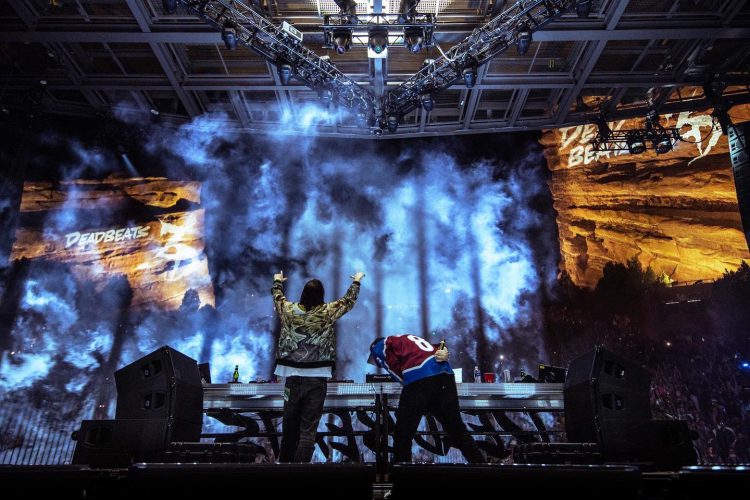 Zeds Dead will head back to Red Rocks Amphitheatre on July 2-3 for the ninth edition of their annual Deadrocks showcase!

Update – January 20: With Deadrocks IX on sale now, Zeds Dead and Deadbeats announced details for the third annual Deadbeats Backyard Jamboree. Taking place on July 4 at Civic Center Park in Denver, you won’t want to sleep on this show if you’re looking to make a full weekend out of this bass-fueled experience. Tickets for the Deadbeats Backyard Jamboree will be available starting on Monday, January 23 at 10am MST via AXS.

Previously: Ever since Zeds Dead first transformed Red Rocks into Deadrocks back in 2015, the event has grown to become one of the most beloved experiences for their faithful following. Not only has Deadrocks expanded to include a second day during this time, but the duo has also brought even more Deadbeats action to the masses with satellite events like Deadbeats Backyard Jamboree and the Deadrocks Hangover help make the weekend a full-on experience in recent years.

Today, Zeds Dead dropped the details for the ninth edition of Deadrocks, which is slated to take place on July 2-3 and showcase some of the best and brightest alongside the beloved duo at the iconic venue. This two-night affair at one of the best venues on the planet has historically sold out quickly, so make sure you get ready for the pre-sale that’s set to take place on January 19.

While the lineup has yet to be revealed, the most recent iteration of Deadrocks featured the likes of Mersiv, DNMO, A Hundred Drums, IMANU, and Kumarion, among others who have released on Deadbeats lately, so members of the ZD Fam can expect some heavy-hitting sets that will surely rattle the rocks. Make sure to keep your eyes peeled to Deadbeats’ socials to stay in the know for this year’s list to drop in the coming months.

Pre-sale tickets for Deadrocks IX will be available on Thursday, January 19 at 10am MT, with the general sale beginning on Friday at the same time. Sign up for pre-sale access now, and stay tuned for the lineup and additional show announcements that are still to come!