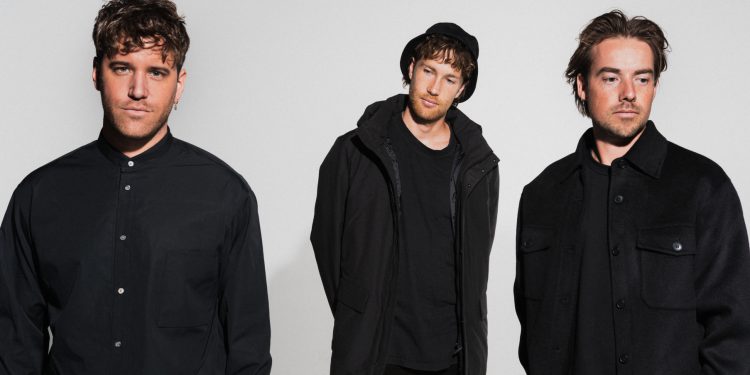 Crooked Colours inspires hope on their third studio album, Tomorrows, and are set to embark on a North American headline tour this fall!

Crooked Colours have amassed a global following with their stunning live performances and infectious indie-dance sound. Their debut album Vera was nominated for an Australian Independent Record award, while their second album Langata peaked at number one on ARIA charts and landed the group a supporting slot on Rufus Du Sol’s Americas Tour before being cut short due to the pandemic. Crooked Colours’ creativity was not discouraged during this time as the group continued to produce and release music, including their dreamy collaborations “superpowerful” with Slenderbodies and “Rather Be With You” with Hayden James. Little did we know Crooked Colours was also working on their third studio album, Tomorrows, which was released in its entirety today.

Now, Crooked Colours has taken their talents to Atlantic Records for their third studio album, Tomorrows, which is available to listen to on all digital streaming platforms. Fans received their first taste of the album in the form of singles including “Love Language,” “Falling,” “No Sleep,” and “Light Year” featuring Masked Wolf and Jasiah, among others, and can now enjoy the record in its entirety. Tomorrows stays true to the trio’s indie-electronic sound that is rooted in its dance-forward elements while pushing the boundaries of conceptual songwriting and exploration of the vast soundscapes in the electronic dance realm.

Other standout tracks from the album include “Homecoming” and “Don’t Give Up On Me,” which reflect on time away from home and loved ones, while “Still Here” and “Circles” dive into the power of love and how the emotion can be overwhelming. Rounding out the album are “Moving On,” “Still Here,” “Friday Night,” and the title track, “Tomorrows.” Each one takes on a life of its own and dives deeper into themes of love, disconnect, belonging, and in the end, an unwavering hope for all that tomorrow will bring.

Additionally, Crooked Colours are set to hit the road this fall on a headline North American tour where fans will be able to experience Tomorrows live for the first time. The tour will begin September 29 at the Music Hall of Williamsburg in Brooklyn and will make stops at Axis Club in Toronto, The Vic Theatre in Chicago, The Ogden Theatre in Denver, The Fonda Theatre in Los Angeles, and conclude at the Commodore Ballroom in Vancouver on October 28. The group will also be playing a landmark show opening for Louis The Child at Red Rocks Amphitheatre on October 13. Check-in with Crooked Colours’ socials to see when they will be performing in a city near you!

Listen to Crooked Colours’ third studio album Tomorrows on your favorite streaming platform and be the first to experience the album live as they embark on a headline North American tour this fall! Tickets for their tour can be found on the Crooked Colours’ website!