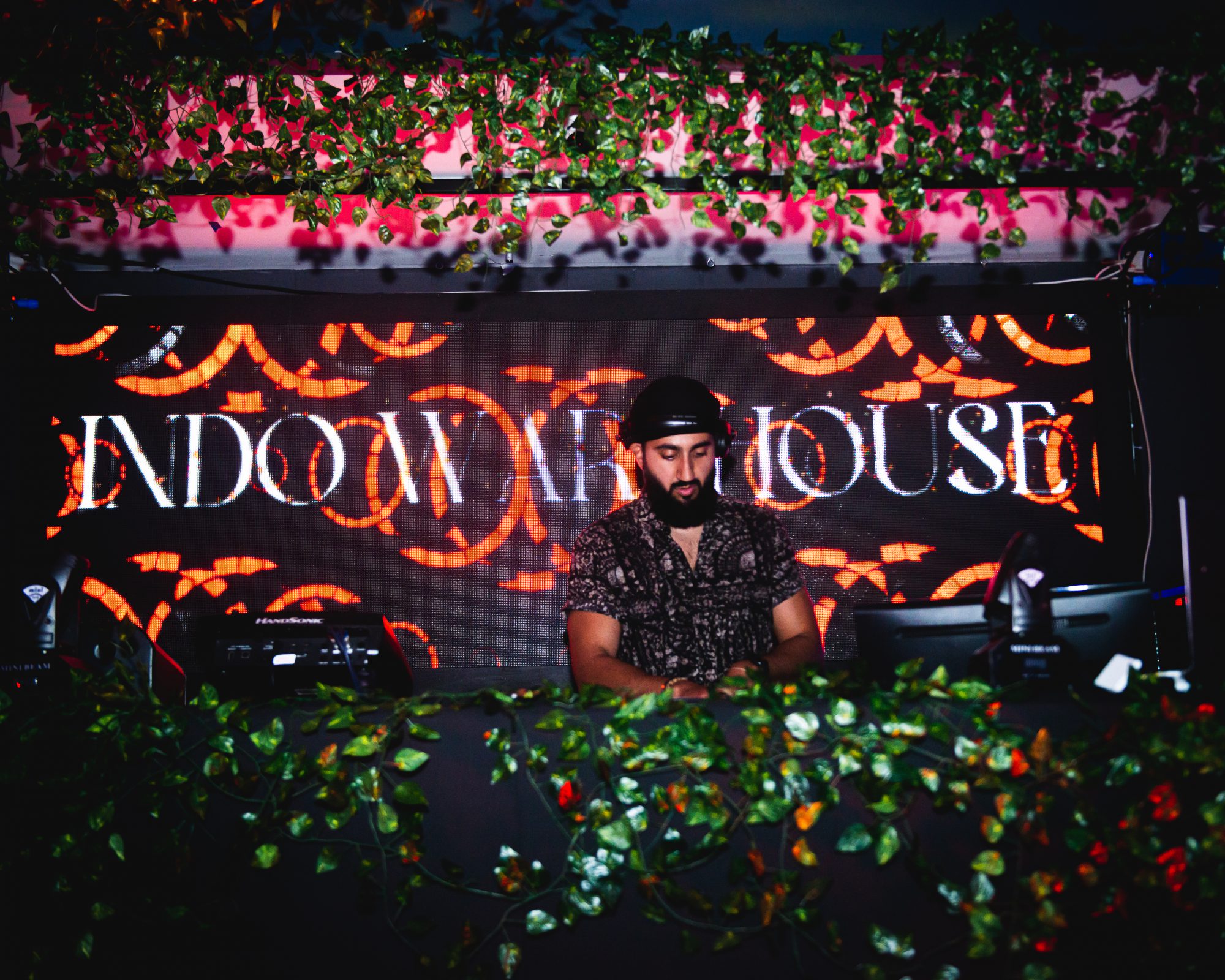 For the longest time, South Asian music has been one of the most popular sounds demanding the world’s attention. From its historical community in the Bollywood scene to the diaspora of creative groups that are constantly working to elevate the representation of the culture, there is no lack of talent in the South Asian region as the music industry continues to blossom with the arrival of new artists and developments. In the latest scoop, the new South Asian label Indo Warehouse is a prime example of a quintessential collective that is shining the spotlight on South Asia and serving the world with more localized sounds emanating from the region.

Indo Warehouse founder Kahani is leaving no stone unturned. As an emerging producer himself, he makes music with an unwavering commitment to his roots, using his intuitive understanding of blending traditional beats to drive instrumental rhythms. Describing his music as “super rhythmic and inspired by the sounds of the South Asian roots,” Kahani has created a mesmerizing style and sound that is uniquely recognizable in his popular tracks like “Ranja” and “Sawali.”

Since breaking out in 2019, Kahani’s music has been a journey through experience and impressive knowledge of blending diverse cultures inspired by New York City. He shared that his sound production comprises of “some blends of Latin house music, and it is all about allowing the listeners to embrace their own culture, celebrate their own growth, and boldly be yourself.” The rising talent has initiated his own imprint label and collective, Nonresident, to spotlight emerging diaspora artists in the electronica realm. He has since expanded with a new series, Indo Warehouse, a creative platform dedicated to pushing the boundaries of bringing South Asian artists to the world.

In the past weekend, Indo Warehouse hosted a kick-off party during the Official South Asian New York Fashion Week in Manhattan’s bustling Blue Midtown. As a meaningful collective dedicated to spearheading immersive global sounds with a focus on South Asian roots, Indo Warehouse is on a mission to take the Indosound global through jubilant and rhythmic bangers that transcend languages. “A lot of people take from the South Asian culture and Indo Warehouse as a collective aim to showcase the Asian culture on a global stage. With the focus on what more can we do to allow the people to inspire greater connection,” said Kahani.

The sold-out show is a first-of-its-kind initiative that gathered South Asian designers and fashion influencers to uplift Eastern-inspired art through a dedicated evening of music and fashion. Kahani unleashed a dizzying array of high-octane tracks during the event, which also featured new label mainstay Kunal Merchant and freshest signing, Ethyr.

Based in New Jersey, Ethyr is the artist project alias of Divij Raj Singh, who radiated his spectral electronic soul sound and percussive, elemental Punjabi roots through his music. He delivered an alluring live performance at the kickoff party, including his latest release, “Safar,” a magnetic tech house fusion driven with a sense of tribal energy signature of the Indo Warehouse sound. The rising talent is ready for the world to catch his light as he continues to embark on a journey to build off his blasting career with no signs of slowing down. On top of that, NYC-based DJ Kunal Merchant also offered a slew of his remarkable productions and remixes, including the latest single, “Anokha,” to redefine electronic music’s traditional genre boundaries.

As a meaningful collective dedicated to spearheading immersive global sounds with a focus on South Asian roots, Indo Warehouse is on a mission to take the Indo sound global through jubilant and rhythmic bangers that transcend languages. Stay tuned for more upcoming events from their website.

Listen to “Safar” by Ethyr, the latest addition to Indo Warehouse’s roster on your preferred platform or Spotify, and let us know what you think of the South Asian dance sound on Twitter!‘

Chico Rose Reflects On His Music Successes And Life On Tour