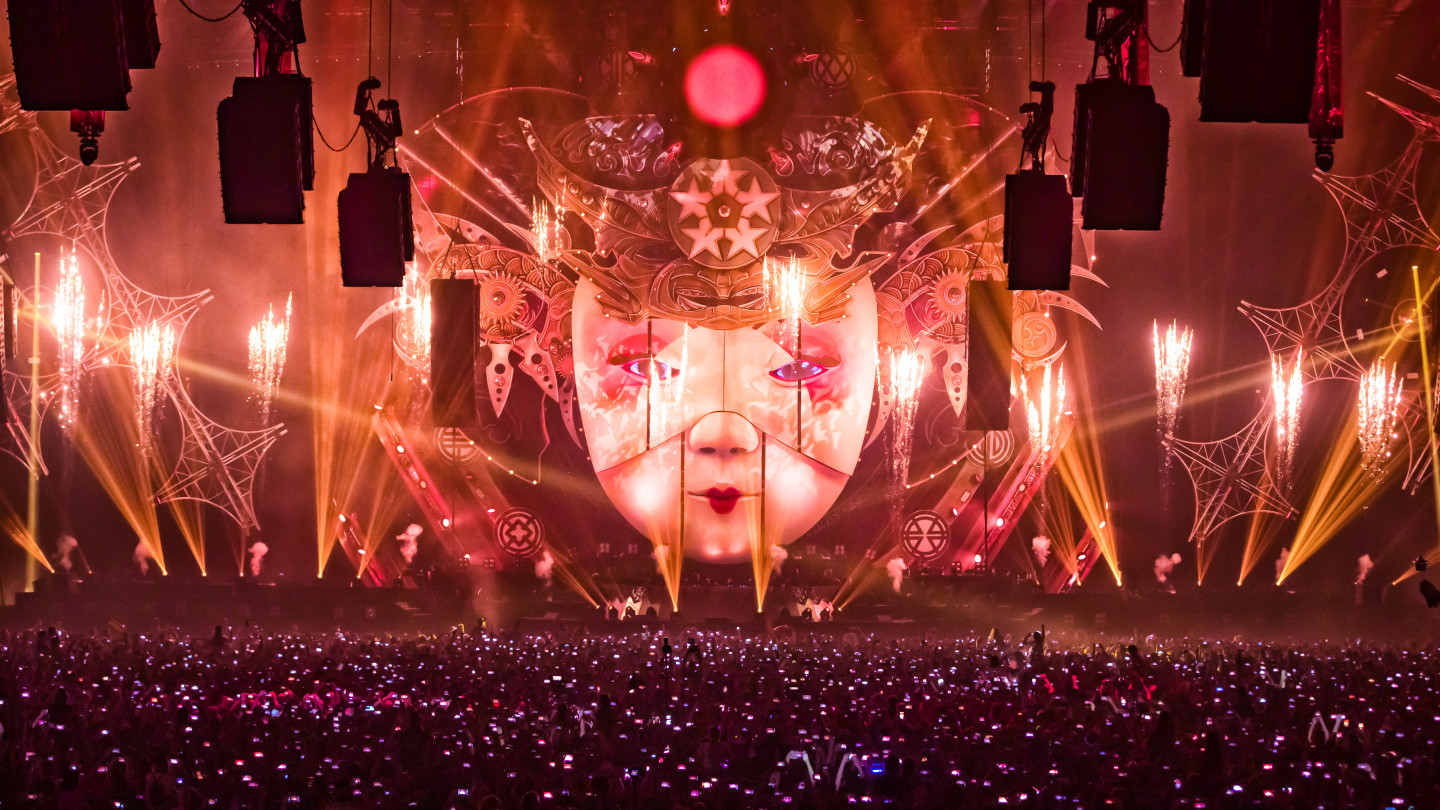 After three long years, Q-dance will open the gates of Qlimax once again to welcome its disciples on a new journey at Qlimax The Reawakening.

Earlier this year, Q-dance was finally able to host the return of Defqon. 1 Weekend Festival. The festival brought four days of madness and, for many fans, signaled the return of big, in-person festivals. In true fashion, they’re not stopping there as there are still plenty of events to host, including none other than Qlimax The Reawakening.

Dedicated fans of the harder styles will remember that Q-dance announced this new concept and theme for Qlimax over a year ago. Unfortunately, the beloved brand had to quickly change directions and cancel the in-person edition of Qlimax due to government restrictions in The Netherlands. Instead, Q-dance hosted another livestream edition of Qlimax Distorted Reality, but although they still put on an amazing show, nothing can compare to the energy of a live Qlimax event.

This year, Q-dance is bringing back the lineup that was announced in 2021, with the exception of two new names. All night, Villain will guide fans of the harder styles to the highest quality sounds with performances from industry heavyweights such as D-Block & S-Te-Fan, Ran-D, and Zany. Attendees will also be able to witness the next generation of superstars with sets by Sound Rush and Sub Zero Project.

The Qreator will also make their presence felt once again this year. This mysterious entity has played at these events for a few years now, but its identity remains a secret. Fans have speculated many names and people behind the mask, including JDX, Geck-O, Sogma, and even Q-dance stage technicians! Regardless of who it is, there’s no doubt that The Qreator puts on a great show and keeps listeners wondering and talking about them.

Q-dance didn’t forget about rawstyle either as Rebelion, D-Sturb and Act of Rage, and Rooler are set to annihilate the stage with Rooler making his Qlimax debut. This was a great move by Q-dance, considering that Rooler has had a fantastic year with so many mind-blowing releases. In addition, the wonderboy Sefa is set to make his live debut for Qlimax after playing both virtual editions in 2020 and 2021. Sefa is coming off of releasing his album Klaagzang, so this performance should be extra special. Last but not least, The Prophet will be coming in for his final performance at Qlimax, bringing his From The Hard concept to the big stage shortly after announcing his retirement.

Qlimax The Reawakening – Lineup By Artist: