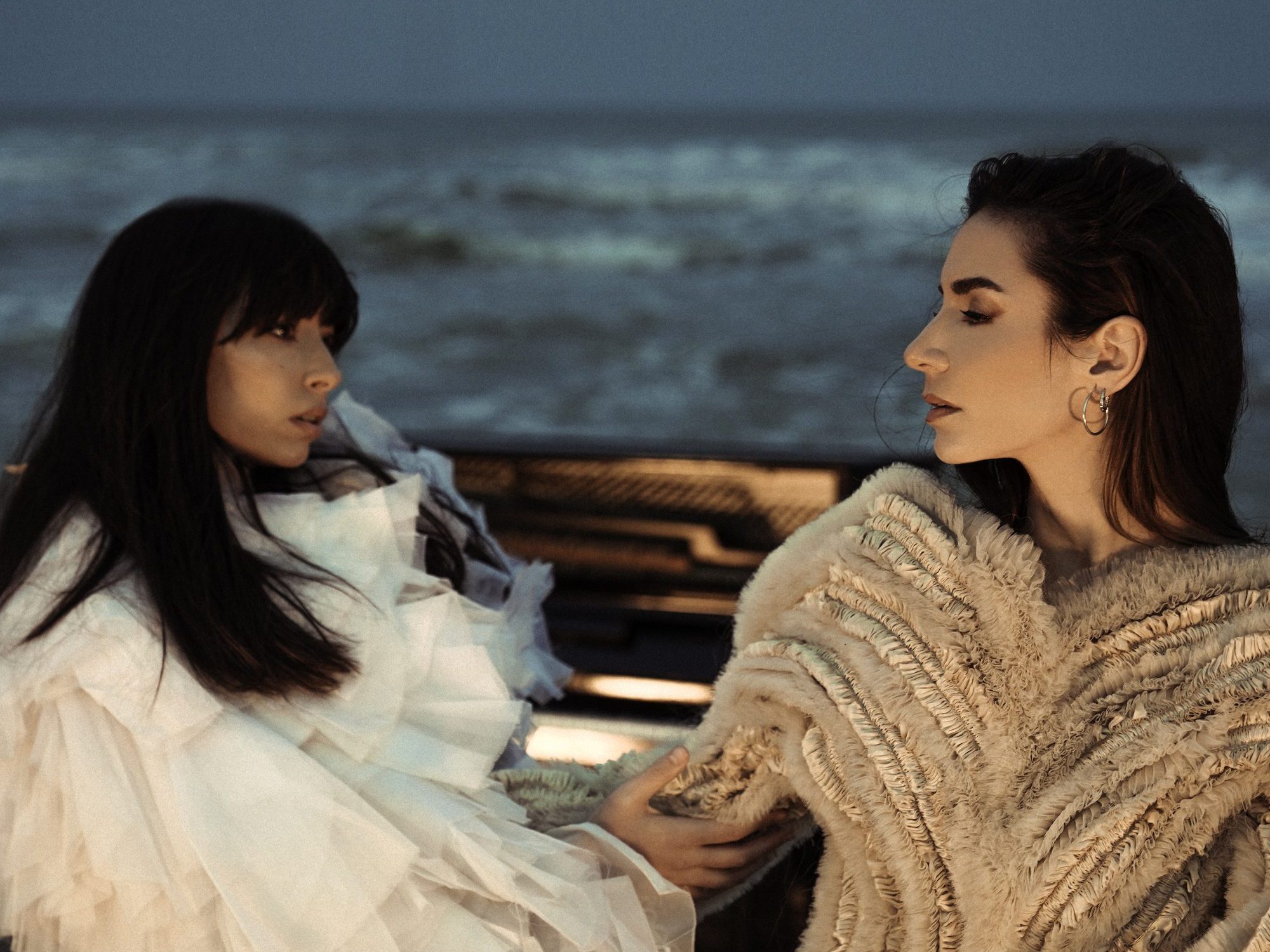 We caught up with Italian duo Giolì & Assia to discuss their new single “Playing Chess,” their recent festival experiences, and filming on a volcano!

When it comes to the powerhouse duo Giolì & Assia, there’s nothing this duo can’t do. First surfacing in the scene in 2017 with tracks like “Stay Closer,” “Paradise to Share,” and “How Can I?,” they quickly became known for their unique blend of electronic music that incorporates heart-tugging vocals and live instruments.

Giolì & Assia’s first album, ISTANTANEE, was a hit, and soon after, they created their label, Diesis Records, to help further grow their careers. Then the duo added another dimension to their artistry by beginning to film live recording sessions in mesmerizing, picture-perfect areas such as volcanoes, islands, and glaciers. The #DiesisLive series continues to garner much love and attention when many could not travel and visit these majestic places.

This year has seen Giolì & Assia release tracks such as “Fire, Hell and Holy Water,” “I’ll Be Fine,” and “Silence” on Ultra Records as they build up to their next album due out this year. Additionally, they’ve also performed at Electric Forest and Day Trip Festival, then moved on to Europe as their tour continued with their live show in tow.

Today, Giolì & Assia released their newest single, “Playing Chess,” an upbeat electronic song led by Giolì’s drums and piano chords. Luckily, we had the chance to chat with the duo about their latest track and plenty more. Check out the video for “Playing Chess” on YouTube or your preferred platform and read on for the full conversation!

Hi Giolì & Assia, thanks for taking the time to chat with us today! Congrats on the release of “Playing Chess,” it’s a stunning tune dripping with emotion. Can you share what the production process was like for this track?

Thank you for having us! After our US winter tour last year, we returned home full of inspiration and ideas. Playing Chess was the first song we wrote once back in the studio in January. Our ideas were clear on how we wanted this track to sound. We wanted it to be Cinematic, that’s why it starts with the piano and string, but then we decided to change the atmosphere, adding an electronic/rock touch from the second verse on.

The lyrics revolve around the metaphor that we are nothing but pawns on a chessboard, part of a game, of a mechanism that is none other than the society in which we live today, which alienates us from our humanity and true form. The only escape from this game is the night; only in the night do we reveal our true self, and only during the night can we be free: “but when it’s dark, I know our souls are true, yeah when it’s dark I see the light in your eyes, but when its sunshine you hide.”

Earlier this summer, you dropped “I’ll Be Fine,” which arrived with the news of your forthcoming album, Fire Hell And Holy Water. What can fans expect to hear on this release, and what’s the overall message you hope fans take away when listening to the album?

Fire Hell And Holy Water is an album that is not afraid to dig deep, to deal with themes such as the meaning of life, the inadequacies of humankind, and depression. The concept behind the title is the war of opposites. On the one hand: fire and hell. On the other: holy water.

Two images are opposite to each other but both valid, which tell of duality and excesses that somehow always find a way to balance each other. The concept of hell within the album is recurring and is a metaphor for depression. This concept is also referenced in other songs besides “Fire Hell and Holy Water,” such as “Jaula,” “Eurydice,” and “Even If The Time Will Pass By.”

Have you approached the creation of this body of work differently compared to your previous albums Istantanee and Night Experience?

Yes, our creative process has definitely changed. We have grown up so much in the past years, and so have our creative desires, such as wanting to communicate a deeper meaning through our music and lyrics. Istantanee was our first approach to songwriting, while Night Experience was more dance/club oriented. We think Fire Hell and Holy Water is the album that better explains who we are as artists, songwriters, and humans.

You’ve recorded many of your #DiesisLive series at places in and surrounding your hometown of Palermo, Italy, including on a live volcano in the Aeolian Islands, Punta Bianca, Isola Della Feminine, the Andromeda Theater in Agrigento, and the Etna Volcano in Sicily. What spurred the idea to create this virtual experience so close to home?

We started the Diesis Live format without knowing if it would be successful. We just wanted to present our live performance to the world but also try to connect with people, giving them an immersive journey, inclusive of both music and beautiful landscapes. We are both from Sicily, and so is our video crew. We all feel so lucky to be born in such an amazing place, full of different panoramas like volcanoes, beaches, historical monuments, and so on.

Beyond these streams, you recently performed at festivals like Day Trip and Electric Forest. What has your preparation process been like for these two festivals? Is it similar to how you prepare for your livestream sets?

We loved performing at both Day Trip and Electric Forest. The preparation process differs between a live show and a Diesis Live video. During our live shows, we are usually performing in front of people that are seeing us for the first time, so our live performance contains our most well-known songs like “Inside Your Head,” “Feel Good,” “Blame On Me,” and of course tracks from the album, while each Diesis Live is unique; we always perform new music, our own but also from other artists, so that we can give a completely new musical and visual journey to our fans and followers.

Together, you both wear many hats, from singers and producers to instrumentalists and label owners. What led the pursuit to keep branching out from one career-driven interest to another?

We believe art and ambition have no limits and can span infinite fields. We are both certain that we have not yet achieved all our goals, especially in areas that are new to us and where we would like to enter, such as composing soundtracks.

Not many can successfully intertwine their career with their relationship, and you two manage it flawlessly. What advice does either of you have on balancing both while working?

Our advice is to carve out space for the relationship outside of work to be able to have fun together and to seek inspiration from areas that do not come strictly from the working world.

Finally, having accomplished so much already, what other goals do you hope to achieve or any plans you’ve set for the future?

We have infinite goals for our careers as producers, live performers, and record label owners. We want our music to reach more and more people; we want to play mainstage festivals all around the world and see artists signed to our label grow into touring performers and successful producers.