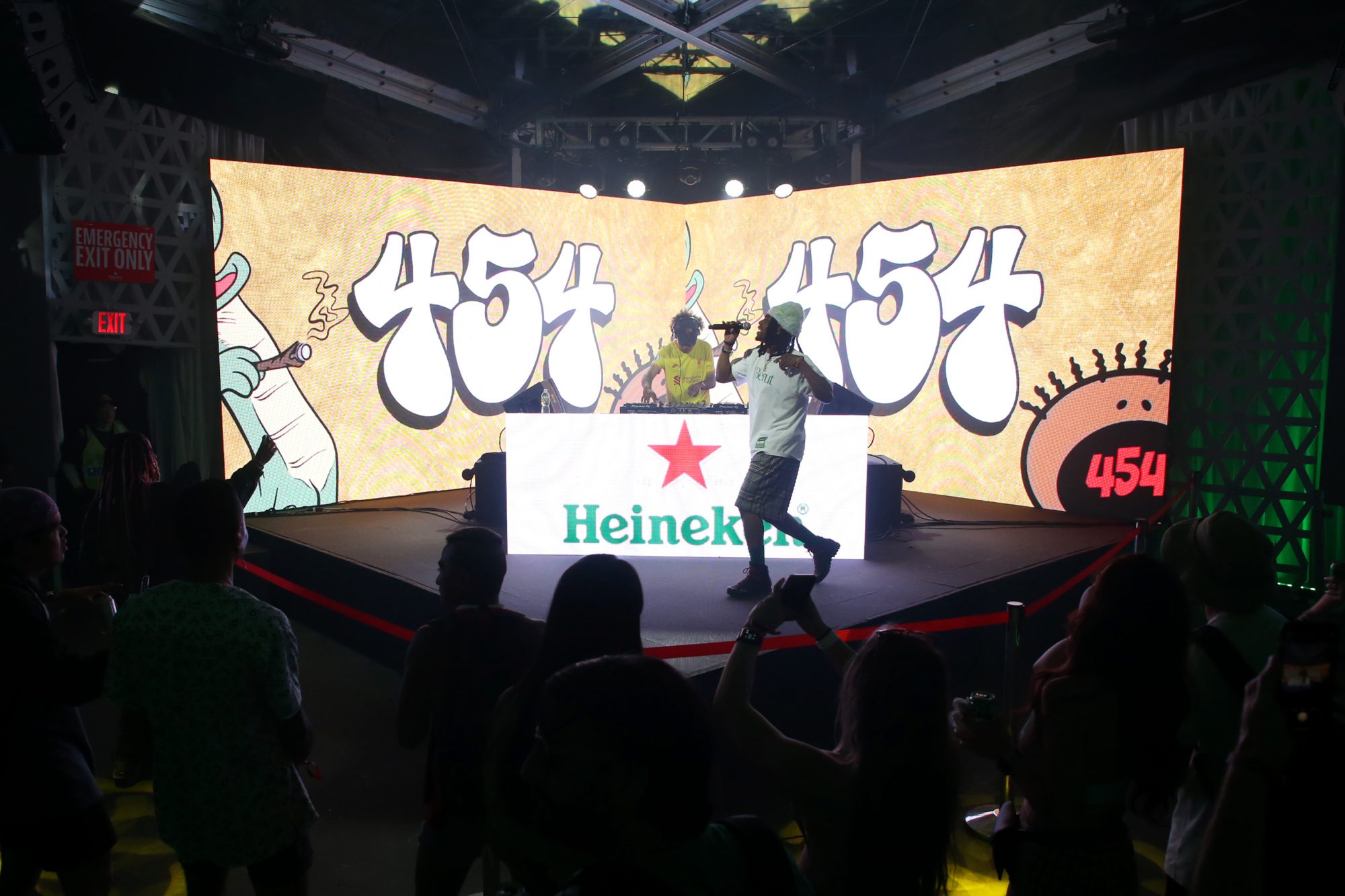 The Heineken House has become renowned for its curated lineups and even cooler atmosphere at Coachella over the past decade.

Coachella has become renowned for bringing top-tier artists, fantastic food, and stunning art to the desert with thousands flocking to it annually. But there’s always more than meets the eye when it comes to festivals of this size, and gems like the Heineken House are some of the best experiences attendees can check out.

Heineken has long been a force to be reckoned with at Coachella with a relationship dating back two decades. More recently, though, things have taken off as they’ve gone beyond just offering cold beer for attendees but plenty of beats as well.

Those who have attended Coachella in the past might have had an encounter with the Heineken House in one of its various stages of growth. From hosting sets in the dome to having a literal house closer to the entrance, and more recently expanding to its own corner of the festival nestled between the Outdoor Stage and the Antarctic Dome.

The latest iteration of the Heineken House debuted in 2019 and literally tore the walls off the house during the process, making it an even better fit for the desert atmosphere.

“There was always a closed-in structure, you couldn’t see what was going on inside, and there was a long line out there that was very unappealing,” Christine Karimi said. “We don’t want that long line, that’s not what our vibe is anymore. Our vibe is ‘come in and be with us and party with us.’”

Unfortunately, that new stage went dark for two years along with Coachella itself. For Christine and her team, this roller coaster was gutting, but it also allowed them to sit back and reimagine the experience they could offer to attendees. And when the time came to return to Indio, the excitement was bubbling inside all of them.

Instead of the typical experience, the Heineken House team wanted to do something special for those who had attended multiple times or had made it their first festival back after the pandemic – they wanted to help them live in the moment. With that in mind, the mantra of “we made it to the other side, we’re here, we’re with each other, we’re with music, we’re with our friends,” permeated their plans for this year’s edition.

The Heineken House team’s desire to foster a connection with others permeated their space in the venue this year.

Once you walked inside you were met with smiling faces dancing away, chill areas to relax with friends and a few photo ops for Instagram posts with the “you are here” motifs acting as the perfect backdrop.

But this portion of the vast venue at Coachella isn’t just an oasis for those looking to grab a cold beer or use one of the cleanest bathrooms at the festival, it boasts its very own lineup as well. Previous editions of the Heineken House featured a range of artists, many of which leaned toward house or bass music, but this year pulled that back and instead looked to other reaches of the globe.

“I know that we’ve become actually known for the bass, that heavy [sound]. We were talking about if this is a year for a new approach to try to satisfy all different types of musical tastes,” Christine said. “So we kind of pulled back on the heavy stuff, but we still are really into musicians that are this close to being big: We’re talking global artists, local artists, everyone.”

Their plans came through in full once the lineup officially dropped ahead of Coachella.

While some might have been puzzled when the lineup was revealed, others were stoked for the sonic exploration that would ensue. Performing this year was a blend of artists from all over the globe, including everyone from Vegyn and Ms Nina to Jacques Greene and Major League DJz – allowing Heineken House to flex on their global presence.

The talk of the town during the first weekend was none other than Flying Lotus and Thundercat, who were set to perform together for the first time, even though they had collaborated in the past. “This was something new and fresh that we could bring to our guests,” said Christine. “We liked that – and then they actually took it one step further because they wanted to do a performance. It was something unique that has never happened before.” As for the second weekend, Whethan was a surprise announcement that arrived to further bolster the list of impressive artists who would be taking the stage.

The countdown for next year’s edition of Coachella has already begun and rumors of the lineup along with it. But if there’s one thing that’s for certain, it’s that the Heineken House will be back once again with open arms, fresh artists to catch, and cold beers available for thirsty attendees looking for a break from the heat.

Did you catch a set at the Heineken House this year while attending Coachella? Let us know who stood out the most to you!