Sunset Music Festival has brought the heat to Tampa over the past decade with massive lineups that feature top-tier artists and rising stars alike. After hosting their most recent edition in 2021 that carried on with that tradition, Disco Donnie Presents and Sunset Events set their sights on making an even bigger splash for the festival’s 10 year anniversary this year. Now, the initial details have begun to surface.

This year, the festival will make its return to Raymond James Stadium on May 27-29, adding an additional day of music for those planning to attend. Paired with that news is the initial lineup – and it’s difficult to not find someone truly captivating on the list of who’s playing Sunset Music Festival this year. From bass behemoths like Borgore, Liquid Stranger, and ATLiens to major house artists such as Duke Dumont, Gorgon City, and Malaa, there are plenty of sensational beats that will be booming through the festival’s speakers.

The diverse range of artists within the realm of house and bass really makes this lineup stand out. Melodic dubstep fans will surely gravitate to sets from Jason Ross, Crystal Skies, and MitiS, while those looking for heavier sounds won’t want to miss out on Jantsen b2b TVBOO, Jaenga, and Monxx. Tech house lovers will be stoked to see artists like Noizu, Lucati, and Bruno Furlan take the stage in addition to others like Chris Lorenzo, LP Giobbi, and Biscits who continue to leave listeners impressed with their range.

To top it off, Sunset Music Festival will play host to a number of rising stars as well. This includes artists such as Pauline Herr, Moore Kismet, Wreckno, Ranger Trucco, Miane, and Mersiv, all of whom represent the bright future of the scene as we continue on our path deeper into 2022. Check out the initial lineup below and stay tuned for the second phase that’s due to be unveiled on March 28.

Early Bird Tickets for Sunset Music Festival 2022 go on sale Thursday, January 27 at 10am ET. Head over to their website to register for the presale and enter for your chance to win four tickets! 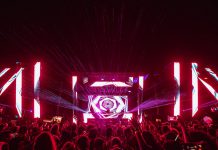 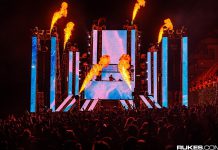