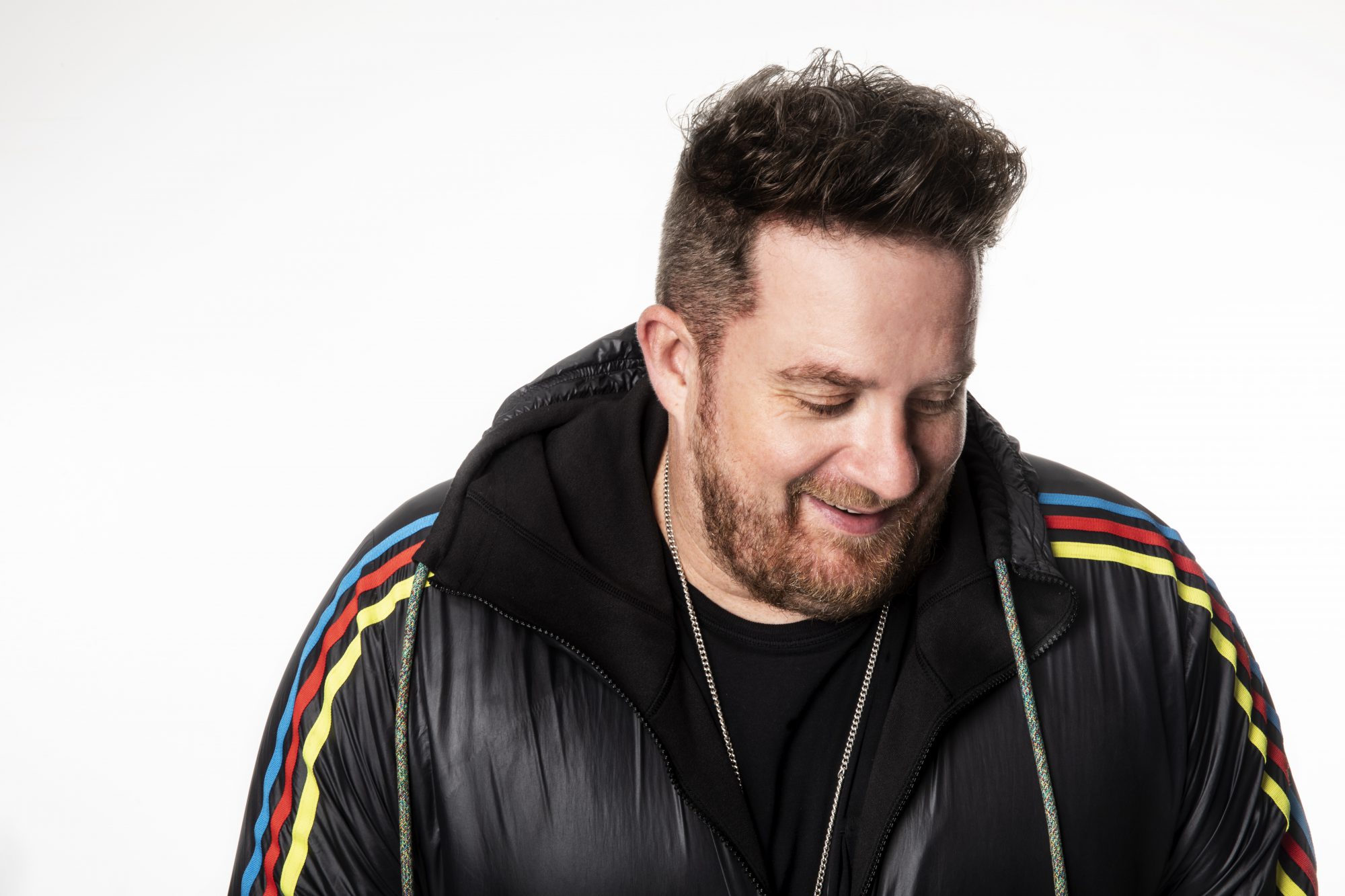 Eats Everything is on tour to celebrate 10 years of music since breaking out and we caught up with him to chat about this mega milestone!

Dan Pearce, aka Eats Everything is, without question, an absolute legend in the house and techno industry. From the moment he broke onto the scene a decade ago, with the appropriately titled “Entrance Song,” he has captured our hearts with tunes including “All The Ladies” with Fatboy Slim, “Space Raiders,” and my personal favorite, his remix of Green Velvet’s “Flash.” Whether releasing on his own imprints Edible and El8HT or flexing his skills on labels like Crosstown Rebels, Dirtybird, or Desolat, whenever Eats Everything music hits the airwaves, people are going to lose their minds in the best way possible.

Coming up in the Bristol scene as a raver first and foremost, Eats Everything was bit by the music bug at the early age of 12, setting up his turntables in his bedroom window while dreaming about someday making a mark on the scene. Fate would ultimately smile down on him and now the dreamer turned famous DJ and philanthropist has traveled the world, rocking the stage at major events like EDC, Tomorrowland, and Creamfields. In fact, he has taken his sounds to some really eclectic places like a butcher shop in the Austrian mountains and London’s Natural History Museum. Basically, if there is a spot he can play, he is going to go for it because his passion is unrelenting.

But his passion does not stop with music. Dan has always been dedicated to making the world a better place, raising funds to provide clean water to Africa and India with his Last Night A DJ Saved My Life charity. He has also held three Food For Thought lectures across schools in England and has played surprise shows in his hometown to raise money for local charities, Crisis Centre Ministries, and LoveBristol. With a big heart and bucket loads of talent, it’s no wonder he’s known by his fans as the People’s Champion.

In celebration of his career thus far, Eats Everything has embarked on an exclusive UK tour, featuring musical companions like Joseph Capriati, Rebuke, Shermanology, and of course, the one and only Fatboy Slim. The next stop is happening on December 7 in Sheffield at Tuesday Club featuring Lord Leopard, so make sure to grab your tickets before it’s too late! With that being said, go ahead and press play on his set from his Lakota stop below and continue on for our chat! Eats Everything, here’s to ten more years of great music and success!

Hello Daniel and thank you for taking the time to chat with us. Congratulations are in order because you’re celebrating 10 years of Eats Everything! In honor of this milestone you recently embarked on a tour called Ten Dates With Ten Mates. How’s it going so far?

It’s been going great so far! We’ve had some wicked gigs and some ace parties. It’s so nice to be back out on the road and hanging with the ravers and friends. Feels like a real treat!

Any fun stories you can share about your time on the road?

It’s all been pretty tame so far if I’m honest! Nothing crazy or stupid has happened at all. Stopped at Gloucester Service station a few times, that’s pretty exciting.

Can you go in depth about how you chose the artists that you are featuring on the tour and can you offer up some stories about your professional/personal relationships?

I picked DJs/artists that have either been a big part of my past, are a part of my present, or I hope to be a part of my future. Catz ‘N Dogz have always been a huge inspiration to me, and are great friends of mine. Mele is one of my best mates in the industry and is a bad man DJ. I saw Storm Mollison DJing at Wilderness festival and was blown away by her technical ability and track selection.

In addition, Arielle is an absolute livewire. Rebuke is on an absolute roll now – a proper roll. Shermanology are ultra-talented and the best in the game right now, for me. Ejeca is the king of Northern Ireland. Lord Leopard is one of my very best friends and then you have the behemoths Joseph Capriati and Fatboy Slim who need no intro and are kings at what they do.

When looking back at your decade in the scene, you consider “Entrance Song” as the one that changed everything for you. Can you go in depth about that production and speak on what your life looked like during this time?

My life during this time consisted of my wife, two cats, two Mackie Hr824 speakers, and an iMac. It was a time where I was experimenting with everything and anything, and just trying the maddest stuff with my music, hoping that something sticks. With “Entrance Song,” “The Size,” “Tric Trac,” etc, it really did. I didn’t have the fancy studio and all the gear I have now but I had lots of time, no fear, and good ideas.

I still have full imposter syndrome nowadays – that one day soon it’s all gonna be over for me like it was all just a dream. It took me 19 years to become an overnight success, so when you have worked so hard at something you’ve wanted so much for such a long time, the fear that it will all end one day is super real. Hopefully, I get another ten years. Who knows!

We would love to hear about your artistic growth from when you stepped onto the scene vs now. How has your music evolved, what were some of the biggest challenges you’ve had to face, and what motivates you the most now 10 years later?

Fear and the desire to evolve are what motivates me! I’m so grateful that this is my job and I don’t want it to ever not be so I’m always trying new things, thinking outside the box, and switching things up. For me, evolution as an artist is so important whilst always trying to stay true to myself.

If you were to close your eyes and think about three pivotal moments in your career (Not including the aforementioned release of Entrance Song) can you describe them to us?

Three other pivotal moments were VonStroke signing “The Size” because it just solidified the power of the “Entrance Song” release and made me really stand out, I guess. My live essential mix from my hometown of Bristol was a real moment because the essential mix was SO massive back then and it really was a proper showcase of me and my sound. Something I’d always dreamt of doing and to do it live, in my home city, was just fucking crazy! Another pivotal moment was the release of “Dancing (Again)” I think. It was such a big record for me and took me up a level and helped to half cement me in the scene, so to speak.

Now for a fun one, if you were to build a 10 years of Eats Everything compilation album, what are 5 tracks of yours that would instantly make the cut and why?

My Remix of Green Velvet’s “Flash,” because it’s a belter! “Space Raiders” because it still boots off every time I play it. A remix I did of Christine & The Queens that never came out as I think it’s the best track I ever made! “Big Discs” because it’s one that I always come back to and it always pumps. A track called “Heard That,” which was the b side to “Entrance Song” that never really got the props it perhaps deserved.