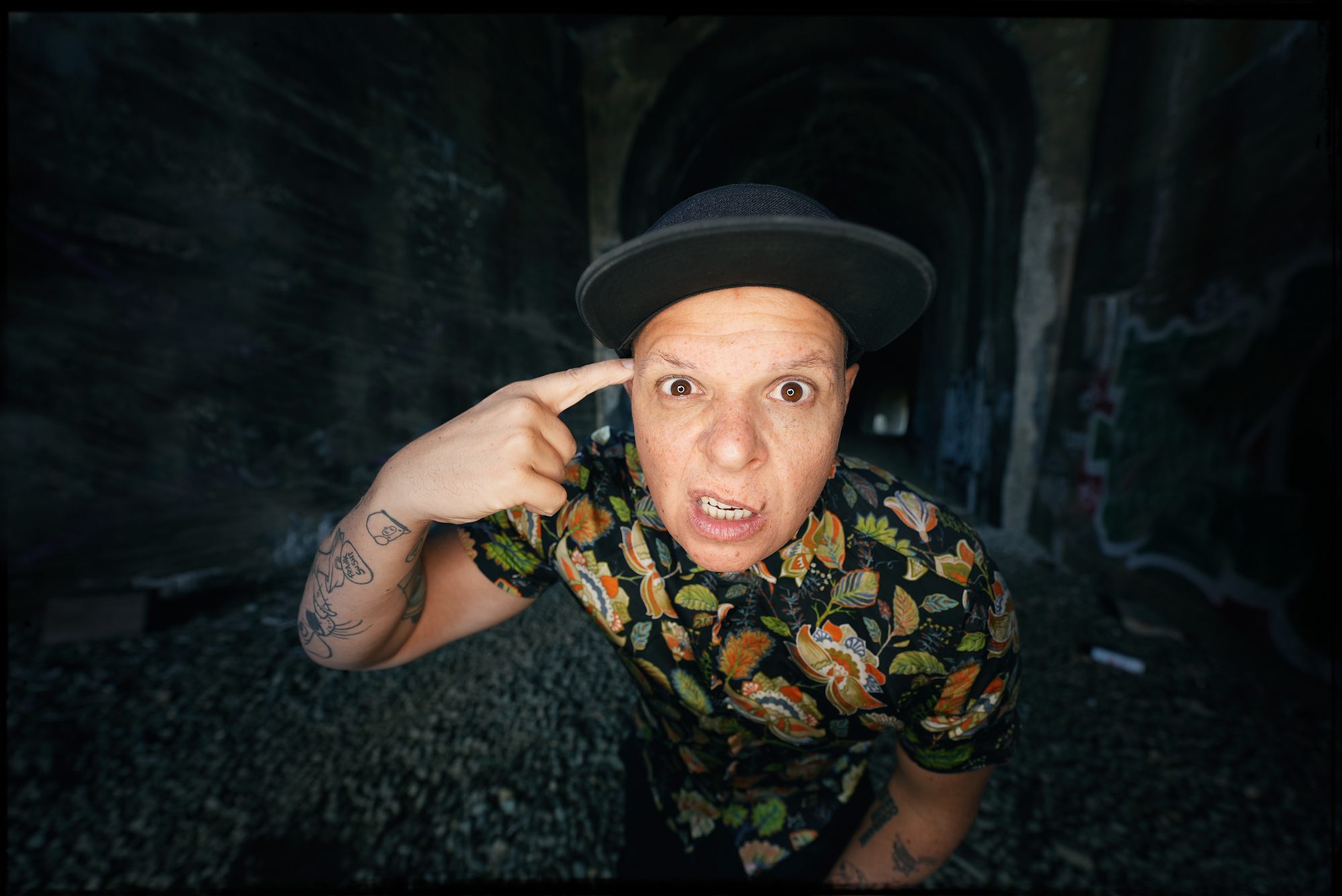 Conrank sat down with us to talk about his production style and give us a behind-the-scenes look at his This Simulation’s Breached.

What makes electronic music so innovative is its ability to form and create bridges between the subgenres within its culture – there’s always room to fuse different styles together and make it your own. One producer that has mastered this art of breaking genre boundaries is Conrank, who had taken dubstep to a whole new level.

Known for his hip-hop blends, flaring bass rhythms, and signature vocal samples, there is never a dull moment when diving into Conrank’s discography. Tracks like “Oi!,” “Psych Out,” and “No!” show off his heavy-hitting, yet creatively curated style that makes him stand out as an artist, as well as collaborating with other electronic music pioneers.

Now, Conrank is ending the year with a bang with their brand new album release, This Simulation’s Breached. A full-on journey that will transport listeners to a dystopian future with a dubstep twist, the album is packed with electric ranges of tunes. From the melodic anthem “These Walls” featuring Charmae to the 140-dub banger tune “Ooba” fit for any sound system, it’s brimming with quality tunes. There’s not a shortage of collabs either, including “Chasing Devils” with Buku, and Wreckno and Gardella on “Reddit.”

With such a stacked tracklist and iconic sound, we knew we had to pick Conrank’s brain on all the secrets with creating this album, the inspirations behind it, as well as music-making in general. Make sure to follow him on social media, stream This Simulation’s Breached on your favorite platform, and check out the conversation below!

Hi Conrank, thanks for chatting with us today! Congratulations on your latest album, This Simulation’s Breached. Can you share what the production process was like for this body of work?

I definitely went into it with a different mindset. I started most of the tracks either with a lyric idea or a guitar riff idea. I used to base my tracks off a drop; I would create a drop concept and work backwards from there. That process didn’t work for this album. The whole album was a challenge for me; I had to change the way I approached everything in the studio, but sometimes you need that. You need to be challenged.

You’ve described your music as not fitting into one specific genre, and this album showcased that with nostalgic sounds in tunes like “Ooba” to deeper dub elements on “21 Madness.” How did you develop such a diverse taste in your creation of music, and what new styles did you take on for the new album?

I’ve never picked a genre of music I love. Like I’ve never said “I like Dnb and that’s it” or “I only like EDM” for example. I’ve spent my entire life listening to everything and anything. And if I like something, I like it. I try and bring that ideology into the studio. I don’t try and limit myself to one genre or pigeonhole myself. If it works it works, if I love it I love it, and generally because I’m making it, it still sounds like me.

I love how much you incorporate your own vocals and skits into each track. What’s it like developing this aspect, as well as collaborating with other musicians for this album?

The skits are so hard. You have to really deep dive into what you’re trying to put across with the album and what will work; the wrong skits could really mess up the vibe. The concept behind these ones is – imagine if you were born into a world where it was made plain and clear to you from the start that it was a simulation, where from day one you were guided by an AI host and made decisions based on that fact. Most would play along, but some would choose to take their own path. Collaborating with my friends is always amazing; it’s not always quick, but most of the time what is created is something beautiful that really compliments both artists. You can’t beat it.

The return of live shows has seen you begin to take the stage again at festivals and even a massive tour across North America. What has it felt like getting back to performing in front of full crowds? Was there anything specific you missed about being on the road?

It’s been amazing. It’s hard to describe the feeling of going from not touring for 18 months to performing in front of 20k people at SMF. Being back on the road is the best, and it also makes me appreciate my home even more too. Seeing people singing the lyrics to some of the album singles was mind-blowing. I think the thing I missed the most was connecting with so many people in so many cities (amazing souls). You need that kind of human interaction in your life.

How have you continued to stay healthy, both physically and mentally, while on the road? Are there any tips you can provide to fellow artists who might be struggling with that aspect of their careers?

I’ve found staying fit and healthy on the road has been such a massive game-changer, it’s nuts. The biggest tip I’ve had is YouTube, for real. Find 15 – 30 minute HIIT workouts that don’t require equipment and just smash them out in your hotel room. It can be hard to find motivation sometimes, but I spent years coming back from tour feeling and looking like shit. But now, I feel as good as when I started (apart from jetlag).

Finally, do you have any words of wisdom for upcoming producers in this current age of dubstep when trying to come up with a sound that’s their own?

Take everything you love, and don’t let yourself get trapped in a box. But also, learn to finish songs; it’s just as important as learning the tech and figuring out what you want. You could have the greatest 8 bar loop in your DAW, but if that’s where it stays it’s not gonna do anything. Regarding a sound, everyone is unique and listens to things uniquely. Trust your ear, trust yourself, and just keep making music over and over again. It could take years to find your sound, and you might think you’ve found your sound many times before you actually do, but don’t be disheartened. You have it in you, and time will bring it out.

Thank you again for taking the time to chat with us, it means a lot! Hope to catch a set from you soon.