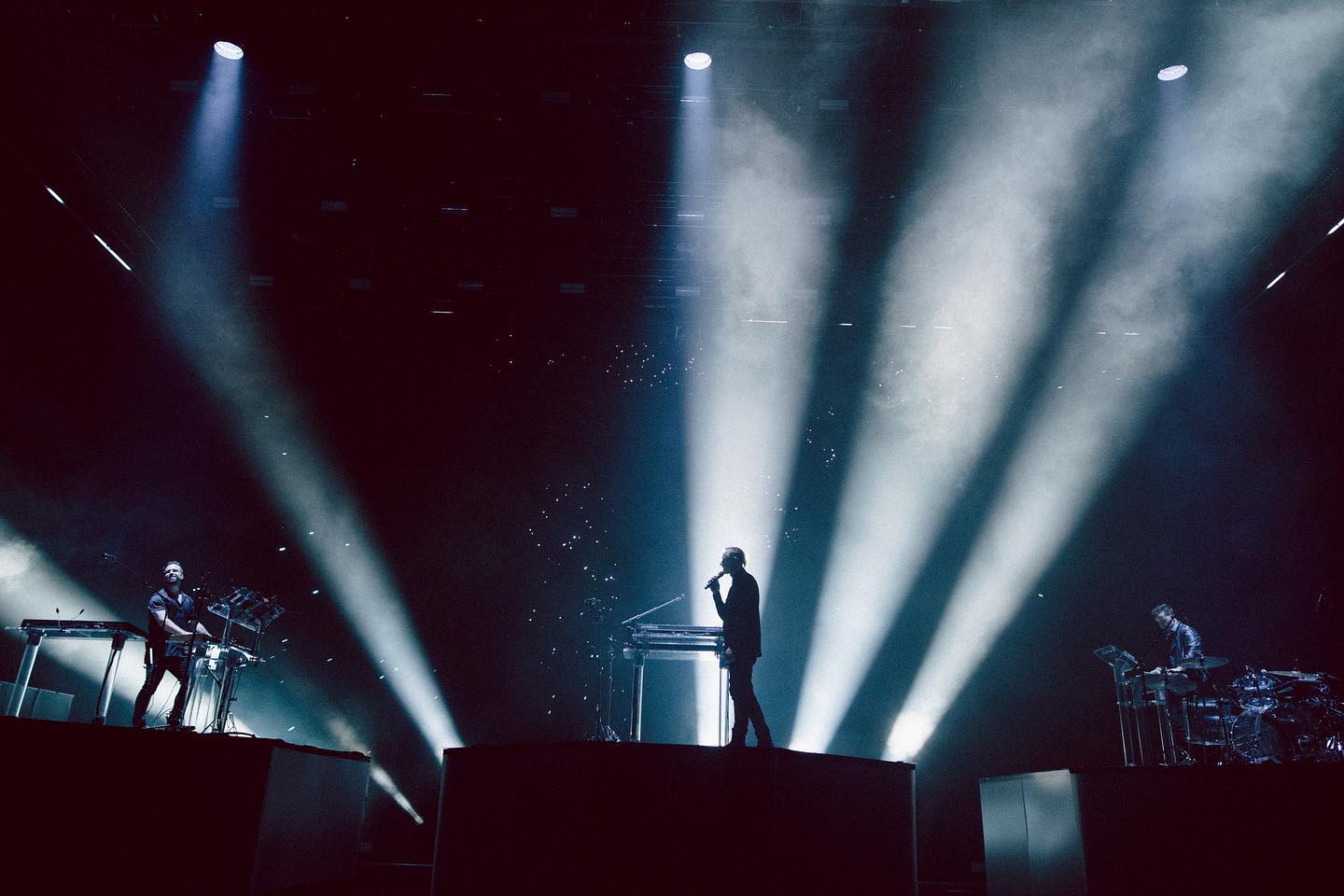 RÜFÜS DU SOL reveals a stunning music video for “On My Knees,” the latest track from their fourth studio album Surrender due out in October.

RÜFÜS DU SOL has become masters of building immersive worlds with their music over the years with soundscapes that are filled with emotional lyrics and stunning elements. From Atlas to Bloom to SOLACE, the trio clearly continued to grow with each passing studio album as they crafted up memorable tracks that pluck at the heartstrings of listeners while simultaneously making them groove away to the beat. Now, they’re gearing up for the release of their fourth studio album, Surrender, which is due out on October 21.

This year has seen RÜFÜS DU SOL deliver a handful of singles to give their fans around the world a taste of what’s in store on the forthcoming album. July saw the release of “Alive” and they followed that up in August with “Next to Me.” Now, less than a month out from the Surrender’s release, they’ve dropped their latest track for everyone to soak in and explore – “On My Knees.” This darker, brooding tune sees the trio layer in more industrial, club-oriented sounds with harrowed lyrics from Tyrone Lindqvist that pack an extra punch.

Much akin to “Alive” and “Next to Me,” RÜFÜS DU SOL also unveiled a music video to pair with “On My Knees.” Instead of looking to A.I. or trippy visuals to create the added immersion for this one, they put themselves front and center with a cut from their rehearsal at Red Rocks. Filled with red and black hues that are overlaid with visuals created by animation director and artist Ruff Mercy to further, it succeeds at putting the darker vibe that the track carries with it on full display.

Stay tuned for more details on Surrender that are still to surface, download or stream “On My Knees” on your preferred platform, and make sure to catch RÜFÜS DU SOL on tour when they head to a city near you. You won’t want to miss their performance.

Watch the Music Video for RÜFÜS DU SOL’s “On My Knees” on YouTube: