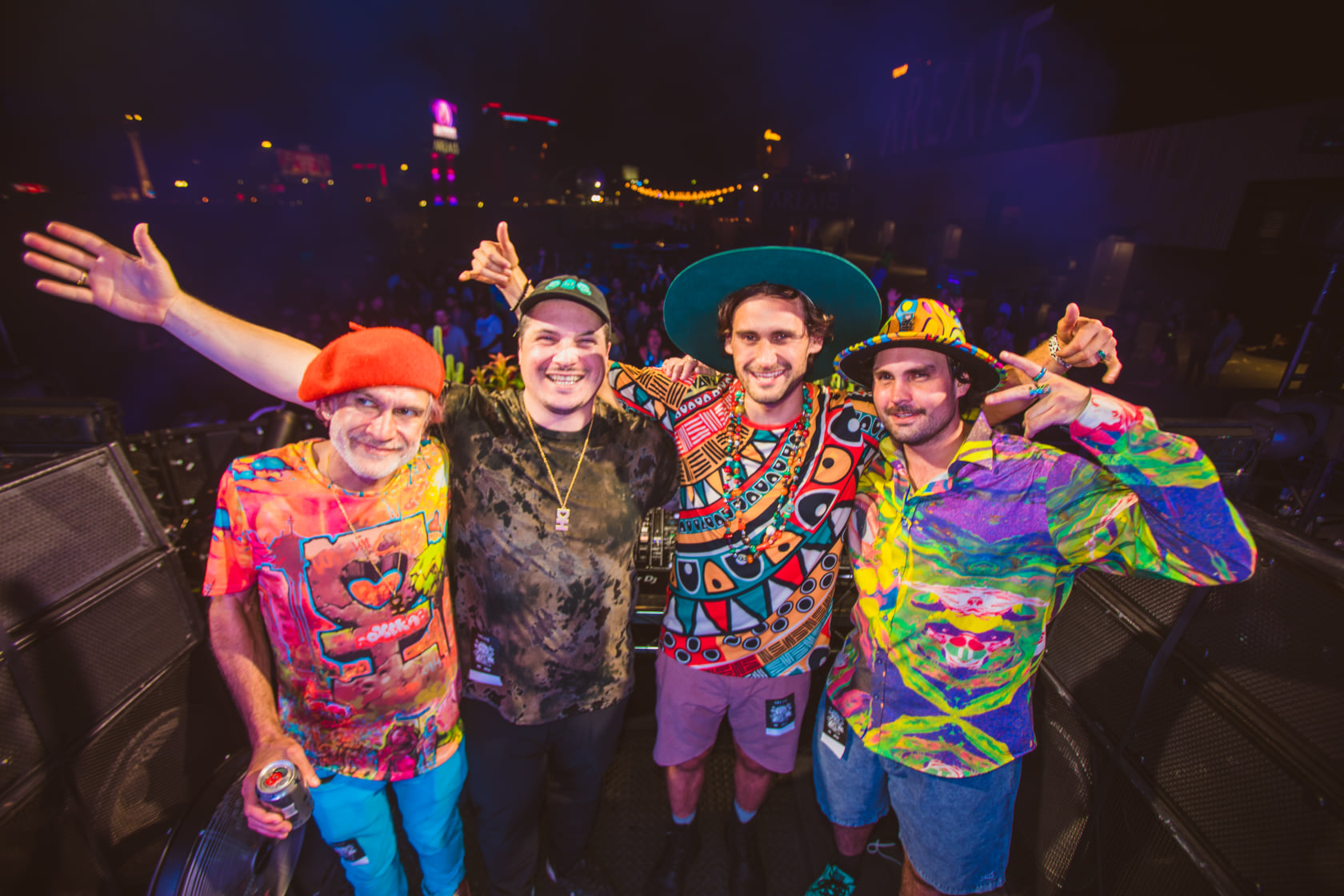 Desert Hearts has become a powerhouse suit in the house and techno deck with countless artists, incredible energy, and a vibrantly open-hearted community backing them. Mikey Lion, Lee Reynolds, Porky, and Marbs cultivate more than just your average music label, but a society based on love to share with all. Even in the face of the pandemic, their fanbase has grown all over the planet, and now that the scene is on a lucky streak with the return of shows they’re unloading even more fantastic vibes.

The DH crew has already returned to a number of cities across the United States since venues have begun to reopen, but on Labor Day Weekend they had their sights set on Sin City. Not only would they be bringing Sin City Hearts back for another round, but they would also be taking over the newly minted AREA15 to make the experience truly otherworldly.

The night had finally arrived and before the festivities could commence, our group decided to explore the futuristic experience from Meow Wolf, Omega Mart, to set the vibe upon entry. We ventured through the immersive experience collectively curated by artists at 7pm before doors opened for Desert Hearts at 9pm. This exhibit is a can’t miss for anyone who wants to be inspired through performance-based art, sound, video, and meticulous details to ponder.

The Omega Mart can be compared to a visual vortex that teleports into a different galaxy or year. Every room has intrinsic elements to check out as participants bathe in the sound when exploring the venue. After we completed the journey, we walked around the museum and enjoyed the space and drinks before we walked to the entrance of A-Lot for Desert Hearts.

There was an impeccable vibe in the spacious venue upon walking up to the entrance of A-Lot.

The entrance was smooth, security was a breeze, and they were seemly happy to check bags thoroughly to hold a safe event for all participants. They stamped our forearm with a UFO and we were on our way in for the start of our night. The entire event was outside, which was perfect with the beautiful weather in Las Vegas, and was themed as if there was an alien investigation going on. There was a large LED screen located at one side of the venue, while the opposite had the vendors, bar, and food trucks.

Although the entire event was outside, there were oblong shapes of turf cut-outs for attendees to sit on while enjoying their drinks, gazing at the massive disco ball, take pictures by the bar, observe the mini pile palace space and the Wild Muse vendor. Before the show, we decided to sport the UV body paint the entire night. I also noted the VIP staircase located by the water fountains, which were refreshing after participants bought a reusable water bottle to gain access to an abundance of water if needed. The sound system was also pumping full blast, so I brought my staple Earasers for hearing protection – they’re an absolute necessity at shows.

There’s no denying that each Desert Hearts family member brings their charismatic personality into each of their performances. Porky started the night off and he delivered some energy to get everyone in gear, especially when he laid down a house staple, “Shake and Pop,” by Green Velvet and Walter Phillips. Soon after, Lee Reynolds took the stage and offered an entirely new element into his set by laying his vocals over on the microphone while DJing, stating uplifting repeated messages such as “let’s start a revolution,” which was an inspirational moment and highlight of the show for me.

Mikey Lion hit everyone heavily in their core with driving basslines and unique vibrations delivered through the tunes he spun. As he moved through his set there were also reflective moments brought into the mind of listeners over the microphone and slight melodic breaks that transitioned to the end of his set. Then, closing out the show at 4am, Marbs took the stage to break up the tempo with more of an offset beat that created excitement for the show’s finale. He crafted a narrative journey through the soul as he progressed from house into the realm of techno while capturing the heartstrings of everyone in the crowd along the way.

Overall, Desert Hearts Family played a Royal Flush filled with house, techno, and love, and won the pot in doing so.

The production was minimal and there wasn’t much in stage design, but phenomenal visuals curated by Marbs stole the show for me and paired perfectly with the music. The surprises, like the confetti blasts that arrived throughout the show to douse attendees in colorful streamers, were a nice added touch as well. When you combine that all with the vibes that Desert Hearts brings, the result is a stellar, magical experience for everyone in attendance. So make sure to catch the Desert Hearts crew when they land in a city near you next, you won’t want to miss it!