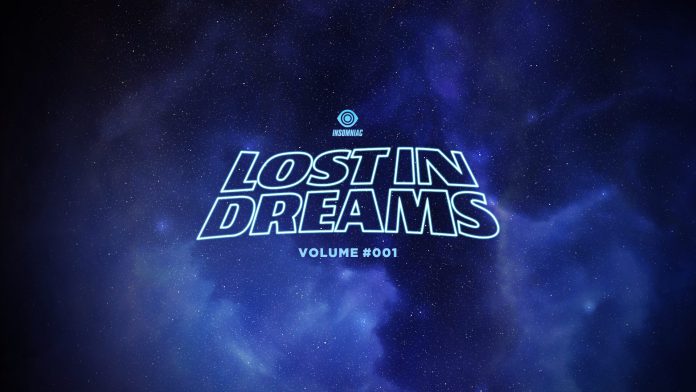 Among the impressive roster of brands under the Insomniac banner stands Lost In Dreams, their new home for all things future bass, melodic dubstep, and vocally driven dance music. While the label has already been chugging along with some fantastic releases, the debut of the brand’s festival is set to take place on Labor Day Weekend in Downtown Las Vegas. To prepare for the festivities the official Lost In Dreams: 2021 Festival Compilation is out now and gives attendees a taste of the artists on the lineup.

The 19-track compilation includes recent releases from Moon Boots, Elephante, Two Lanes, Crystal Skies, and Fairlane, while fans of the imprint will also hear some older favorites from artists like William Black, yetep, and Bright Lights. Exclusive to the compilation are offerings from label newcomers STAR SEED, who teamed up with Minti and PSYB3R on “Kanon,” as well as Taylor Kade with “Satellite.”

Taylor Kade is not only premiering his newest track “Satellite” on the compilation but will be making his debut festival appearance at Lost In Dreams. Speaking about the track, he said “To me, ‘Satellite’ captures the emotion of the excitement of being at a festival, outdoors with your closest friends and strangers. Laughing, dancing and living life to the fullest. It’s the light that comes after the darkness.”

The Lost In Dreams: 2021 Festival Compilation is the perfect way to prepare for the upcoming show in Las Vegas or simply to immerse yourself into the imprint’s growing sonic universe. Listen to the complilation on your favorite platform, and if you’re considering attending Lost In Dreams Festival on September 4-5, tickets are still available. Let us know who you’re most excited to see in the comments!

Stream the Lost In Dreams: 2021 Festival Compilation on Spotify: