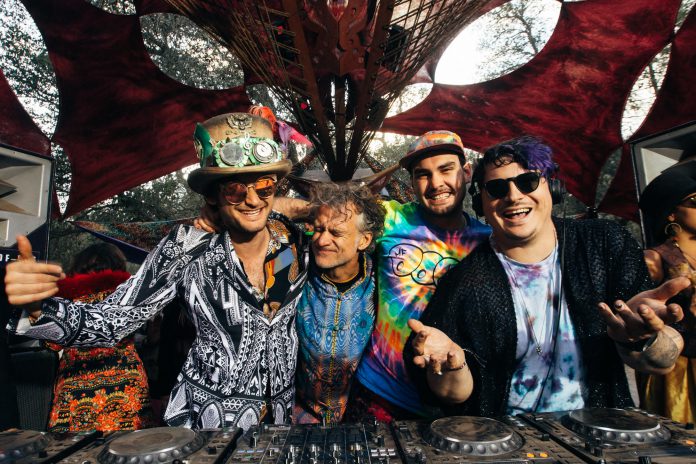 The Desert Hearts crew will be bringing some house, techno, and love to the NOS Events Center as they take over Insomniac’s Park N Rave series!

The buzz surrounding Insomniac’s Park N Rave concert series has continued to blossom after epic performances from the likes of Maceo Plex, Kayzo, and Adventure Club. Now, after announcing editions for BOO! Halloween and Dreamstate, they’ve unveiled that Desert Hearts will be taking over the NOS Events Center for two nights of fun on November 14 – 15.

Since first emerging on the scene in San Diego, the Desert Hearts crew has grown to become renowned for their annual festival in Southern California, curated events, and stage takeovers at massive festivals. The minds of Mikey Lion, Lee Reynolds, Marbs, and Porky have been put on full display with fantastic sets and releases on their labels Desert Hearts and Desert Hearts Black that dominate dancefloors. They’ve continued their rise in the scene by becoming a true force to be reckoned with on Twitch with constant streams happening weekly.

All four founders will be present on both nights of the Desert Hearts Park N Rave, with DJ Tennis headlining the festivities on Saturday and Justin Martin taking the reins on Sunday. If you were looking for your next house and techno-fix in SoCal, these two shows will be ones you simply won’t want to miss out on. Please note that Saturday will run from 7pm – 11pm PT while Sunday will run from 6pm – 10pm PT.

Related: Want an inside look on what the experience at the Park N Rave series is like before you make your decision to attend the show? Check out our review from the debut edition!

Car Passes for the Desert Hearts Park N Rave are available now. Head over to their website to purchase passes for Saturday or Sunday, and let us know if you plan to attend in the comments!